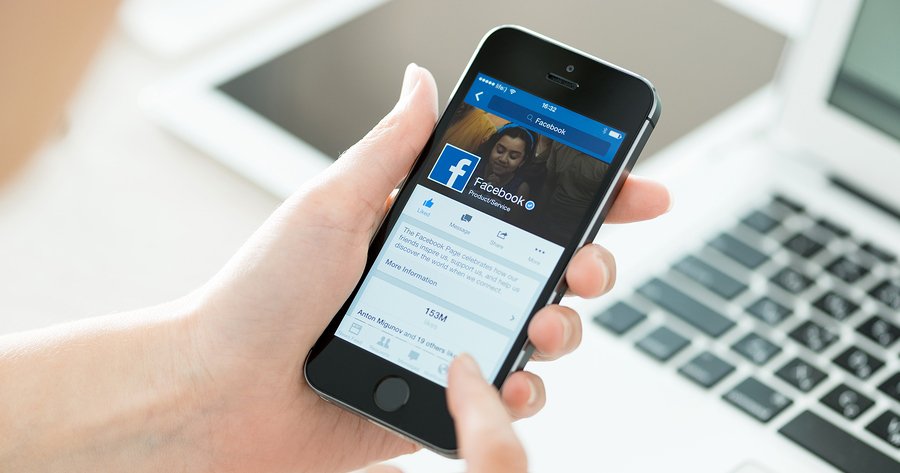 An acupuncturist friend told me recently that he’s had a run of patients wanting treatment for distress related to using Facebook. In fact, he said, Facebook-related problems have been the number one complaint he’s been dealing with of late. That might seem to be impossible, almost laughable, to old-timers who remember the days when friends were limited to people you’d lend money to, but in fact, just this week, a study published in the Journal of Social and Clinical Psychology confirmed that there is indeed a significant link between using Facebook and experiencing misery.1 Carroll, Melissa. “UH Study Links Facebook Use to Depressive Symptoms.” 6 April 2015. University of Houston. 10 April 2015. http://www.uh.edu/news-events/stories/2015/April/040415FaceookStudy

The study found that the more time you spend on Facebook, the greater the chances that you’ll develop depression. This is one in a series of studies that have come to the same conclusion. According to this latest research, the problem arises because people naturally tend to compare themselves to their friends. Of course, on Facebook, everyone puts their best selfie forward. Even those who post only once in a blue moon typically post only the happy shots: a photo of themselves at some glamour event or at a party thrown in their honor; a mention of an award they won. They may flood the site with happy pictures of family, of the dog in a cute pose, of the romantic vacation or a beautiful meal in a posh restaurant. For other Facebook users who may be experiencing a low stretch, the collective impact, apparently, can be devastating. And not surprisingly, individuals with preexisting emotional issues are the most vulnerable.

There’s a qualitative difference between hearing your friends deliver good news in person and having it shoved in your face in a visual way. In everyday discourse, your friend might mention a recent trip to Bermuda or that she got engaged, but a quick change of subject can minimize the impact. On Facebook, on the other hand, the fabulous photos of that Bermuda trip, the close-up of the three-carat ring slam you, forcing you to notice in a visceral sense what you’re missing.

Of course, there are those “reveal-everything” types who mention online that they just had a fight with the spouse or that they have periodontal decay, but most people avoid posting of the uglies about themselves.  As study director Mai-Ly Steers says, “You don’t see the pictures of cryingbabies or of your break up.”

And that is the crux of the biscuit, according to the research, because for most of us in the real world, life isn’t glamour 24/7. As Steers says, “If we’re comparing ourselves to our friends’ ‘highlight reels,’ this may lead us to think their lives are better than they actually are and conversely, make us feel worse about our own lives.”2 Guynn, Jessica. “Your Facebook friends’ fabulous lives can leave you down.” 10 April 2015. USA Today. 10 April 2015. http://www.usatoday.com/story/tech/2015/04/07/facebook-depression-study/25411697/ And this, of course, comes on top of the stress we feel competing with our friends in terms of the number of Facebook friends we have.

But it gets even worse. Keep in mind that some people revel in posting bad news about the world. When they aren’t bragging about their own successes, they post frightening, discouraging, and disturbing things about the world situation. Such commentary can infect readers. In fact, research last year found that we are indeed affected by the mood conveyed in the posts we read.3 Park, Alice. “Being on Facebook Can Actually Make Us Happier.” 12 March 2014. Time Magazine. 10 April 2015. http://time.com/21901/being-on-facebook-can-actually-make-us-happier/ Negative posts do depress us, but, on the positive side, we also can be infected by happy posts (not the jealousy-inducing kind), which tend to elevate mood.

According to the director of the study, Dr. James Fowler of the University of California, San Diego, “The online world has opened up the possibility that we are spreading emotions in a way they were never spread before. We are connected to our friend’s friends, to our friend’s friend’s friends, who are strangers in some cases, and while it’s possible that those interactions are just noise, that’s not what we found.”

It’s important to note that the current study-the one finding that we get depressed because we compare ourselves to our Facebook friends-drew its data from a survey of 736 college students with an average age of 19.4 Beren, Damon. “Heavy Facebook Use Makes Some People Jealous and Depressed: Study.” 4 February 2015. Huffington Post. 10 April 2015. http://www.huffingtonpost.com/2015/02/04/facebook-envy_n_6606824.html Sixty-eight percent were female; 32 percent male. These students used Facebook for an average of two hours every day. For those with substantially more years under the belt and who spend less time on Facebook, it’s altogether possible that reading about the successes of their peers does not induce despondency or self-flagellation. At least, one would hope that maturity would allow people to celebrate the joys of others without feeling threatened or undermined, but there aren’t studies yet to verify if that’s the case. Then again, maybe it makes things even worse since the older we are, the less time we feel we have to turn things around. How depressing!

In fact, the acupuncturist who sees all the Facebook casualties reports that his patients (who are older) complain of other types of Facebook issues. For one thing, many are indeed affected by seeing so many posts about our dwindling resources, our corrupt politicians, our polluted and greedy world. And then, it seems that it’s becoming common for people to vent their grievances on the site. In other words, Facebook users discover, to their shock, that they’ve become a target of public ridicule. There’s been some press about online bullying of kids, but the bullying also can carry forward to older adults. It’s devastating to discover a long thread of snide attack comments directed at you in part because those comments are so public.

Right now, there are 1.39 billion active Facebook users worldwide. Seventy-two percent of all adults check their Facebook account daily.5 Smith, Craig. “By the Numbers: 200+ Amazing Facebook Statistics (February 2015).” 5 April 2015. DMR. 11 April 2015. http://expandedramblings.com/index.php/by-the-numbers-17-amazing-facebook-stats/2/ In other words, a whole lot of people all over the globe are being emotionally influenced by the posts of their peers, and those who post are influencing many others. The potential for good, obviously, is enormous, but in reality, the impact of all the public sharing that Facebook engenders has largely been negative, as the research underlines. The solution to these negative consequences is obvious. Quit Facebook if you dare. At the least, minimize the amount of time you spend on it, and hide any “friends” who make you feel miserable online.