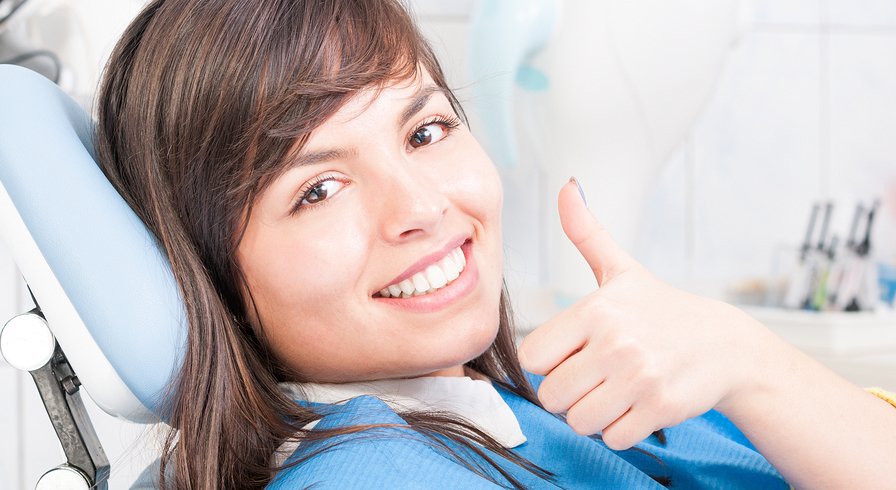 For most of us, going to the dentist is about as enjoyable as closing a finger in a door or standing in line all day at the Department of Motor Vehicles. But we do it anyway because we know it’s important. However, if you’re among the segment of people who don’t visit the dentist, whether due to anxiety, lack of dental insurance, or severe procrastination, you need to take note. Oral health is about much more than a nice looking smile; evidence is mounting that it is directly related to your physical health. As a case in point, new research suggests that inflammation in your mouth can increase the likelihood of a cancer diagnosis.

The study, which took place at the School of Public Health and Health Professions at the State University of New York at Buffalo, found that women who have gum disease are at higher risk of developing several forms of cancer.1 Nwizu, NN; et al. “Periodontal Disease and Incident Cancer Risk Among Postmenopausal Women: Results from the Women’s Health Initiative Observational Cohort.” Cancer Epidemiology, Biomarkers, and Prevention. August 2017. Accessed 14 August 2017. http://www.ncbi.nlm.nih.gov/pubmed/28765338. These results were derived from an analysis of 65,869 women ranging in age from 54 to 86. They were tracked for an eight-year period.

At the outset of the investigation, all of the subjects answered a questionnaire that asked about health topics including whether a dentist had ever found any signs of periodontal disease, which is characterized by swelling of the gums, bleeding, and eventually bone and tooth loss. Then, by the end of the eight-year study period, approximately 7,100 of the participants had been diagnosed with cancer.

Those with a history of gum disease were shown to have a 14 percent increased risk of developing cancer compared to their peers with healthy gums. The association was strongest with esophageal cancer, as the likelihood was three times greater in the volunteers with periodontal disease than those without it. Those with gum disease were also nearly twice as likely to develop gallbladder cancer than those with better oral health. And other cancers that increased included lung cancer, with a 31 percent greater risk; melanomas, with a 23 percent greater risk; and breast cancer, with a 13 percent greater risk.

Interestingly, when the researchers controlled for certain known risk factors for gum disease such as smoking and alcohol use, the outcome barely changed. The overall risk of developing any kind of cancer only shifted from 14 percent to 12 percent. And for most of the specific types of cancer the link remained exactly the same.

These findings build on those of earlier studies that found connections to periodontal disease and conditions including diabetes, rheumatoid arthritis, and cardiovascular disease2 Chen, Zu-Yin; et al. “The Association of Tooth Scaling and Decreased Cardiovascular Disease: A Nationwide Population-based Study.” The American Journal of Medicine. June 2012. Accessed 15 August 2017. http://www.amjmed.com/article/S0002-9343(12)00089-7/abstract.. The current research is among the first to focus on elevated risk of cancer overall and risk in older women, since previous investigations have concentrated mainly on men.

It is not yet clear exactly how gum disease may contribute to the development of cancer, but it likely has to do with the presence of bacterial colonies in the mouth when periodontitis occurs. Unchecked plaque growth on the teeth results in inflammation in the tissue of the nearby gums, forming pockets that become a breeding ground for germs. There are then two possibilities. One, the bacteria enter the saliva, where they are transported throughout the digestive system and eventually into the bloodstream and all over the body, promoting inflammation and damaging healthy tissue. But also, if you have bleeding gums, which is common with periodontal disease, the bacteria can enter the bloodstream, at full strength, directly through the mouth.

But the good news is that you can prevent periodontal disease and even reverse its earliest stage known as gingivitis. Simply brushing and flossing regularly can make a tremendous difference as this helps remove tiny particles of food to which the bacteria are attracted. Eating fewer sugary foods and sticky foods such as dried fruits can benefit your mouth as well, since they tend to create a friendly environment for pathogens.

Get to the dentist at least once a year. A thorough cleaning helps you avoid these kinds of problems, and if there are signs that gum disease has begun, your dentist can help you fight it at an early stage before your oral health begins to affect your physical health. And finally, add some natural approaches such as proteolytic enzymes, avocado soy unsaponifiables, and garlic-based formulas to your health regimen since they have been shown to offer protection from periodontal disease. And you might want to consider regular rounds of oil pulling to simply eliminate the harmful bacteria in your mouth.