Sometimes it’s hard to sort truth from fiction in the realm of health. Today, for instance, two reports about dental health and heart disease came out, and they apparently contradict each other. In the first report, the American Heart Association issued a statement saying that gum disease and heart disease may not be related, after all.1  Meanwhile, a study out of Taiwan found that older adults cut their risk of heart attack and stroke dramatically by getting regular dental cleanings.

Jon Barron has written before about how periodontal bacteria can travel through the bloodstream to major organs, including the heart, causing new infections and other serious health problems. One study he cited found that periodontal bacteria in plaque below the gum-line was higher in individuals who had suffered from an acute heart attack. Another study found that DNA from different kinds of periodontal bacteria in plaque was also in the patients’ heart arteries. And yet another study, this one involving 4,254 subjects, discovered that the number of diseased periodontal pockets was significantly related to hypertension, no matter the age of the subject.

But after reviewing 600 such studies over a three-year period, the AHA panel concluded that there’s that no proof dental disease causes heart problems.2 Furthermore, according to the researchers, good dental hygiene won’t alleviate heart disease.

“It was clear to everybody that there was a lot of confusion out there; a lot of conflicting scientific evidence,” says study head Peter D. Lockhart, DDS, chief of oral medicine for the Carolinas HealthCare System. “The public and the profession, both medicine and dentistry, had come to believe on the basis of the information that was out there that there was a direct connection between periodontal disease and [heart] disease. But there’s no scientific evidence at this point that there’s a direct connection — that either gum disease causes atherosclerosis [hardening of the arteries] or strokes and heart attacks, or that there’s any evidence at this point that by treating periodontal disease that you’ll improve your [heart health] situation.”

No evidence? What about those 600 studies? Dr. Lockhart and his team point out that  some of the studies found no link whatsoever between gum disease and heart disease. The inconsistency of evidence is problematic, they say. Plus, it’s possible that people with bad gums also happen to have bad hearts because of some independent factor, like a fatty diet, a smoking habit, or even genetics. The two conditions may share risk factors, but one doesn’t necessarily cause the other.

The study comes right on the tail of Gum Disease Awareness Week, a new initiative from the Institute for Advanced Laser Dentistry (IALD).3 Just a few weeks ago, the president of the IALD issued a press release stating, “Oral health has a major impact on overall health, and mounting university research has linked gum disease to serious health concerns, including heart disease, stroke, certain cancers, diabetes, and even stillbirths.”

The AHA team says that claim is overblown and premature. Likewise, some experts believe that the AHA report is irresponsible, that it might confuse people into thinking they don’t need to take care of their teeth. The study’s authors stress that the conclusion isn’t that oral health and cardiovascular health have no relationship; rather, that the relationship is as yet unproven. They also say their intention was to encourage people to pay attention to the underlying risk factors that cause both heart and oral conditions so they’d take better care of themselves, instead of thinking that a trip to the dentist will provide cardiovascular protection.

We have to be careful,” says Kenneth Kornman, DDS, editor of Periodontology.  “We don’t want to say to the public, [gum disease] doesn’t cause heart disease. The fact is that we don’t know.”

Meanwhile, a study of almost 22,000 older adults in Taiwan found that those who had a dental scaling within the past year had a significantly lower chance of suffering a heart attack over the next seven years.4 (So much for consistency within the dental community.) About half of the subjects had a scaling within the year. Of those who did, 1.6 percent suffered a heart attack and 8.9 percent had a stroke over the next seven years. Those who avoided dental scaling had a 2.2 percent rate of heart attacks and 10 percent rate of stroke. Those who had cleanings more often than once every two years had even lower rates of both diseases.

Will this study sway the AHA to modify its claim that poor oral hygiene doesn’t cause heart problems? That’s unlikely, because of a design flaw in the study. The researchers didn’t screen subjects for pre-existing health problems, so like the 599 other studies, this one will probably be considered inconclusive.

What does all this add up to for you? Do you still need to keep up with dental cleanings in order to protect your organs? Ask yourself this: if 600 people claimed they saw a snake on your lawn but they hadn’t captured it to show you, would you walk on the lawn barefoot? Probably not! Likewise, if the majority of those 600 studies indicate a correlation between dental problems and heart disease (and they do), you might just want to take notice. As Bob Dylan said, “You don’t need a weatherman to know which way the wind blows.” Practice good oral hygiene, get regular cleanings, and take proteolytic enzymes to prevent plaque buildup. 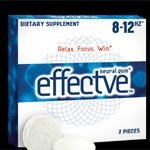