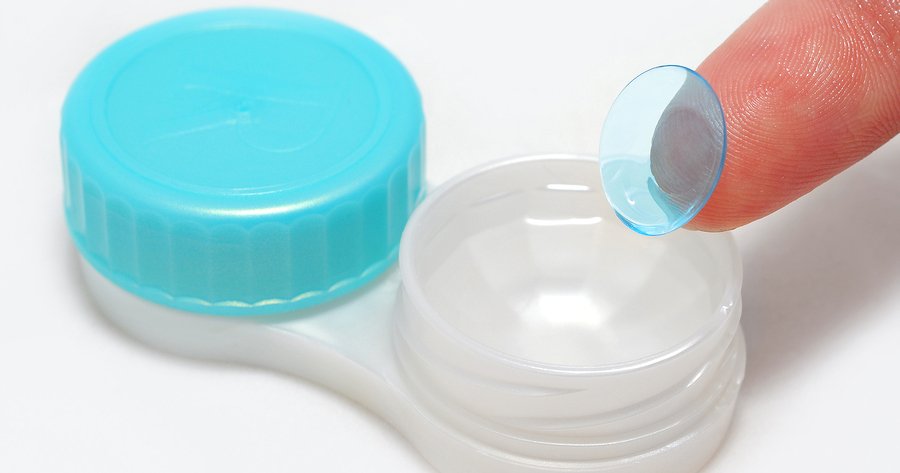 Years ago my optometrist warned me off of getting contact lenses, saying that most of the serious eye problems he dealt with were the direct result of his patients wearing contacts. Clearly, a huge segment of the population does not go to my eye doctor because there are about 41 million contact lens wearers in the US alone.

According to a new report just issued by the Centers for Disease Control (CDC), many of those wearers are at risk.1 Peters, Lucia. “7 Contact Lens Mistakes You’re Probably Making, Because The CDC Says 99 Percent Of Us Are Doing It All Wrong.” 21 August 2015. Bustle. 21 August 2015. http://www.bustle.com/articles/105774-7-contact-lens-mistakes-youre-probably-making-because-the-cdc-says-99-percent-of-us-are The report, which surveyed 1000 contact lens wearers, found that 99 percent of those who wear contacts do not follow correct safety protocols, doing things that might lead to serious eye infection and other problems. 2 “Healthy Contact Lens Wear and Care.” Centers for Disease Control. 20 August, 2015. http://www.cdc.gov/contactlenses/fast-facts.html

The biggest violation that the study found was that most users fail to remove their lenses while swimming or showering. Eighty-five percent of the respondents said they showered with their lenses on, and 61 percent kept them in while swimming. The problem is that microorganisms and other contaminants in the water can get trapped between the lens and the eye, and these trapped microorganisms can trigger infection.

How can you get infected taking a shower? It’s an oxymoron, right, since showers are supposed to clean you off? According to the CDC, “Even household tap water, although treated to be safe for drinking, is not sterile and contains microorganisms that can contaminate lens cases and contact lenses and cause eye infections.”

In other words, the microorganisms in tap water also account for the fact that rinsing and storing lenses in water is a no-no. The lenses should be cleaned and stored in contact lens solution, but 35.5 percent of contact lens wearers use tap water instead. Among those wearing hard contacts (20 percent of all contact wearers), 91 percent rinse with water.

It’s even worse to keep on the lenses for your daily swim. If you haven’t read our recent blog on swimming pool pollution, you might want to do so now to find out how much excrement is in your pool water. You might also want to research the bacteria count in the water at your local swimming beach while you’re at it. There is a reason the CDC urges contact lens users to take the things out when swimming.

The CDC cites snoozing with the lenses intact as another major problem. Fifty percent of users report sleeping with their lenses still in, and 87 percent nap with them. As we wrote last year in another blog, even though some types of lenses are meant to be slept in, infections arise more frequently when contact lens wearers do just that. Ophthalmologist Dr. Rebecca Taylor explains that sleeping with contacts on is “like having a plastic bag over your head when you sleep. It’s not ideal for oxygen exchange.”

Your eyes apparently need to breathe to stay healthy, otherwise you risk not only eye infections, but also ulcers of the cornea and other types of irritation. In fact, a 2012 study found that the risk of developing a type of infection called keratitis increases 6.5 times if you leave the lenses in when you go to bed.3 Stapleton, F., et al. “Risk factors for moderate and severe microbial keratitis in daily contact lens wearers.” August 2012. PubMed. 21 August 2015. http://www.ncbi.nlm.nih.gov/pubmed/22521083 The bottom line, says the CDC, is that sleeping without removing contacts presents risk no matter what type of lenses are involved, including the “safe to sleep in” variety.

Other problems cited in the report involve cutting corners in the cleaning regimen. To keep contact lenses sterile, you’re supposed to use an antiseptic cleaning solution each time you remove them, but apparently, even those who use the solution instead of water typically cheat. Instead of changing the solution with each rinse, as is recommended, 55 percent of the respondents said they top off their old cleaning solution instead.4 Bowerman, Nancy. “Study: Bad hygiene a problem for nearly all contact lens users.” 20 August 2015. USA Today. 21 August 2015. http://www.usatoday.com/story/news/nation-now/2015/08/20/contact-lens-bacteria-eye-infection-blind-cdc/32049205

Similarly, lots of the users surveyed failed to replace their lenses on time. “One thing that we see people doing a lot is using the lenses beyond the lifetime of the lens,” said Dr. Robert Steinemann of the American Academy of Ophthalmology. “If it’s a two-week lens, they keep it four or six weeks, if it’s one month, they keep it two.” He says this is a problem because degraded lenses can become more vulnerable to contamination.

Likewise, contact cases need to be replaced at regular intervals, and 82 percent of the respondents didn’t replace their cases often enough. Plus, they didn’t wash the case regularly enough or with fresh solution.

Dr. Steinemann notes, “The lens case can get dirty, and germs from the case get onto the lens or vice versa, and eventually they get onto your eye and attack your cornea…and “[this can happen] within 24 hours of wearing a compromised lens.”

The bottom line is that failure to follow the proper contact lens hygiene regimen will most likely catch up with you sooner or later. One-third of the study participants admitted that they’d already suffered from infection, red eye, ulcers of the cornea, or other problems as a direct result of wearing contacts. And the CDC notes that each year one out of every 500 contact lens wearers develops a serious infection that could lead to blindness. Those are not negligible odds.