Chlorine Smell is From Urine in the Pool | Health Blog 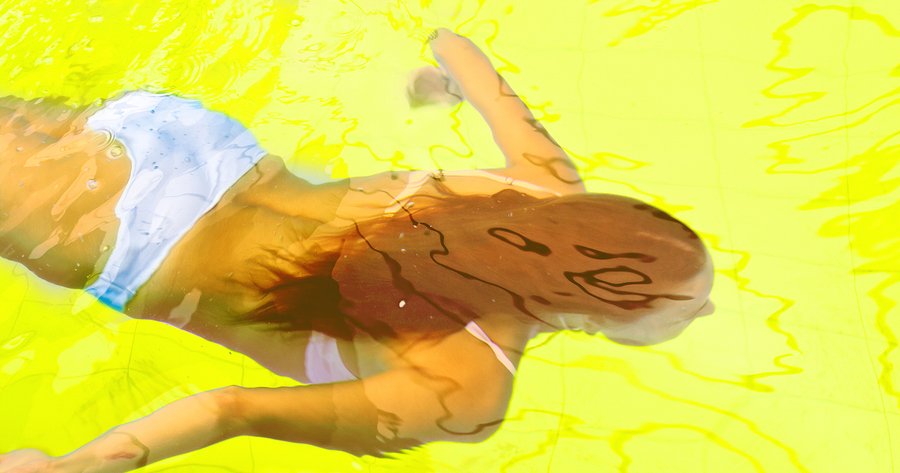 The French word for “pool” is “Piscine.” Call it juvenile, but we used to joke that the French used the moniker to acknowledge all those the kids who “piss” in pools-piscine. Get it?

But seriously, urine in pools is more common and problematic than you might have imagined. So much so that a report from the Centers for Disease Control (CDC) says that it’s the urine in the water making your eyes turn red, not chlorine.1 Walker, Lauren. “It’s Pee, Not Just Chlorine, That Irritates Eyes in the Pool.” 25 June 2015. Newsweek. 26 June 2015. http://www.newsweek.com/its-pee-not-just-chlorine-irritates-eyes-pool-346766 The issue, says the CDC, is that the chlorine binds with the nitrogen in urine, and voila! An ammonia-like chemical called chloramine is formed, and it burns and smells. Ugh, right?

You might think that if the pool is chlorinated and smells strongly of chlorine, all is hygienic, but you are wrong, wrong, wrong. In fact, the stronger the chlorine smell, the more excrement there is in the water. That’s because the so-called chlorine smell isn’t actually chlorine. It’s the chloramine. As Michele Hlavsa, who runs the CDC’s healthy swimming program, explains, “[The smell is] chlorine mixed with poop and sweat and a lot of other things we bring into the water with us.” Double ugh.

In fact, says the CDC, “The stronger a pool’s scent, the more it is filled with pee, poop, sweat and dirt. Healthy pools…don’t have a strong chemical smell.”

It’s easy to blame the kids for the pee & poop problem, but swimming in adults-only pools won’t shield you, necessarily, either. A recent Travelocity survey of 9500 Canadians found that 58 percent admitted to peeing in the pool.2 O’Neill, Lauren. “Pee, not chlorine, causes red eyes from swimming pools: CDC” 26 June 2015. CBC News. 26 June 2015. http://www.cbc.ca/news/trending/pee-chlorine-red-eyes-swimming-pools-cdc-1.3127865 American are a little more hygienic (or dishonest): Just one-fifth said they urinated in the pool, in a 2012 survey conducted by the Water Quality and Health Council.3 Stebner, Beth. “Putting the P in pool: One in FIVE adults urinate in swimming pools (and its not the chlorine that makes your eyes red). 31 May 2012. Daily Mail. 26 June 2015. http://www.dailymail.co.uk/news/article-2152700/One-FIVE-adults-urinate-swimming-pools-70-dont-shower-diving-in.html That’s one out of every five swimmers doing laps with you. On the other hand, if you see babies in the pool, poop and pee are nearly guaranteed. You might want to swim elsewhere. And poop doesn’t necessarily come from where you think it comes, as we’ll discuss in a bit.

The irony is that you can bet more people will avoid pools because of the pee yuck factor than because of the chlorine, and chlorine is a known carcinogen. The fact is that chlorine is dangerous, plus when it’s busy binding with poop and pee, it can’t do the job it was intended to do–kill disease-causing germs. It gets used up attacking the excrement, leaving e. Coli, norovirus, and other nasty bacteria alive in the water.

And yes, you can get norovirus (that nasty intestinal bug) and other infectious diseases from a chlorinated pool or hot tub. Says Hlavasa, “I just don’t think this is on people’s radars. People think waterborne diseases are something that happens outside the United States. But really, we have plenty of them here.”

The worst, apparently, comes from people who swim while suffering from diarrhea (can you imagine?). Even if they don’t have an attack in the water, germ residue could be lingering on their privates. And to be fair, the germs may still be present even after the person recovers. This is particularly dangerous because, according to the CDC’s healthy water expert Michael J. Beach, “We have a new parasitic germ [diarrhea-borne] that has emerged that’s immune to chlorine. We’ve got to keep it out of the pool in the first place. We need additional barriers.”4 Menza, Kaitlin. “It’s Not Chlorine that Turns Your Eyes Red in the Pool: It’s PEE.” 9 June 2015. Women’s Health. 26 June 2015. http://www.womenshealthmag.com/health/pee-in-pool-water

Diarrhea residue in pools is such a problem, in fact, that the CDC has issued a publication dedicated to it. “Diarrhea and swimming don’t mix!” the pamphlet announces. “Diarrhea is the most common recreational water illness (RWI). Swimmers who are sick with diarrhea–or who have been sick in the last two weeks–risk contaminating pool water with germs. Certain germs that cause diarrhea can live from minutes to days in pools, even if the pool is well-maintained.”5 http://www.cdc.gov/healthywater/swimming/rwi/illnesses/diarrhea-swimming.html And keep in mind that basic poop makes its way into the water from incomplete wiping even after a normal movement. The same thing that makes skid marks on underwear can just as easily make its way into the pool water

But back to chloramine. You can also develop a runny nose or swimmers cough because chloramine is an irritant, and chloramine, as noted above, forms when chlorine comes in contact with sweat, hair, or anything organic. That’s why it’s so important to shower before entering a pool, although 70 percent of people polled in that same Water Quality and Health Council survey said they don’t bother. That might be why, according to the CDC, pool-borne illnesses have increased in the past 10 years.

In addition to human waste, pool water also carries residue from other swimmers’ cosmetics, suntan lotion, soaps, colognes, and hair products, all of which likely contain toxic materials that you don’t want to imbibe should you get a mouthful of water (or even a splash). And anyway, you don’t really need to drink the water to suffer the ill effects, since warm water opens up pores and invites absorption of chemicals.

Which brings us back to chlorine-a nasty substance. Research suggests that when chlorine interacts with other substances to form byproducts, it increases the incidence of bladder cancer, breast cancer, and birth defects. According to the U.S. Council of Environmental Quality, “Cancer risk among people drinking chlorinated water is 93% higher than among those whose water does not contain chlorine.”6 “Chlorine, Cancer, and Heart Disease.” 26 June 2011. Global Healing Center. 27 June 2015. http://www.globalhealingcenter.com/natural-health/chlorine-cancer-and-heart-disease/ Immersing the body in chlorinated water is even worse.  As Jon Barron has written before, “You absorb more chlorine through your skin in a 15 minute hot shower than you do by drinking 8 glasses of that same water throughout the day.” And that doesn’t count the vapor that you inhale.  Swimming in a warm pool assures you’ll absorb plenty of the chlorine compounds present.

The bottom line is that swimming in a chlorinated public pool daily probably isn’t wise. If you take the occasional dip in a pool, protect others by showering first, and don’t go in if you’re sick. Choose outdoor pools, as indoor pools trap chloramine inside the room and you breathe it in, increasing the chances of getting sick or triggering an asthma attack. Don’t go in a pool that looks cloudy or that has a strong chlorine smell. Better yet, go to the lake or the ocean, although there are issues at the beach too, but that’s a subject for another blog. 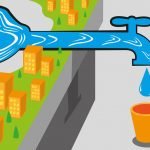