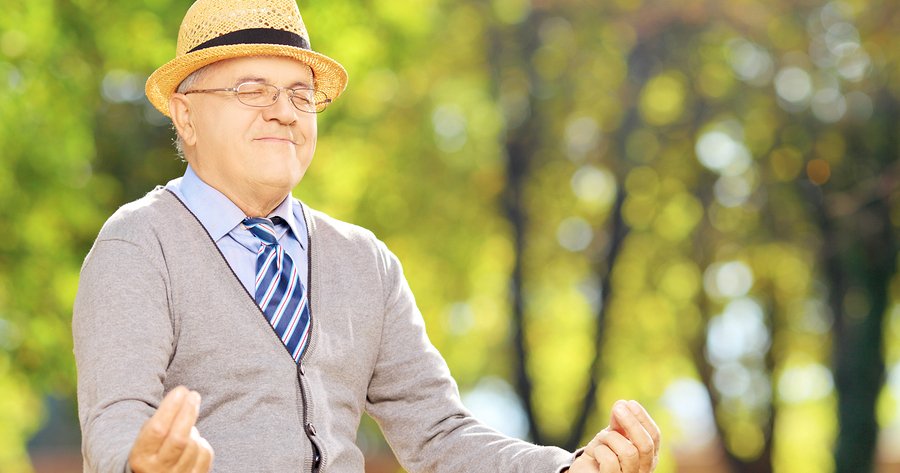 It is standard procedure for most physicians to prescribe pharmaceutical medications when a patient is experiencing pain, whether it is due to an acute, short-term problem or related to a chronic condition. But as we all know by now, many of these drugs are highly addictive and extremely dangerous. Still, intense or long-term pain can be totally debilitating and wear away at one’s quality of life, so it is essential to find a way to alleviate the discomfort. Now, there may be a much safer way to achieve this. New research suggests that one potential answer may lie in a Buddhist tradition that refocuses the mind.

The study, which was conducted at Wake Forest Baptist Medical Center in Winston-Salem, North Carolina, found that mindfulness meditation may be a very effective way to achieve long-lasting, drug-free pain relief.1 Zeidan, Fadel; et al. “Mindfulness-Meditation-Based Pain Relief is Not Mediated by Endogenous Opioids.” Journal of Neuroscience. 16 March 2016. Accessed 20 March 2016. http://www.ncbi.nlm.nih.gov/pubmed/26985045 The architecture of the investigation is interesting because it was designed to not only determine the power of mindfulness meditation to reduce pain levels but also whether the practice used the same brain pathways as an opioid drug to achieve this relief. The subjects were 78 men and women who had not encountered any type of pain issues.

Pain was then induced in all of the volunteers via the application of heated probes to a spot on the back of their legs. The device reached a temperature of 120 degrees Fahrenheit (49 degrees Celcius), which is considered by most people to be painful to the touch. The subjects were asked to rate the pain they were experiencing.

Both meditation groups reported lower levels of pain. Those in the group receiving naloxone had 24 percent lower pain ratings than baseline measurements. Those receiving the placebo had a 21 percent reduction in their pain ratings. The non-meditation groups, however, were not nearly so lucky. Both of those groups reported increases in their pain levels compared to their baseline readings. In other words, those meditating experienced less pain despite the fact that the thermal heat probe was used on them repeatedly, while the two groups of non-meditators experienced more pain as the experiment went on.

In addition, the fact that both the meditation group who received naloxone and the meditation group who received a placebo had very similar reductions in pain shows that the pain relief benefit of meditation takes different pathways through the central nervous system than those used by opioids. Naloxone works by blocking the opioid receptors, but mindfulness meditation apparently takes an alternate route to achieve pain relief. This point is particularly relevant in light of the tremendous rates of abuse associated with prescription painkillers and the corresponding jump in overdoses. Sadly, more than 47,000 Americans fatally overdosed on prescription opioid painkillers in 2014 according to a recent CDC report.2 Rudd, Rose A.; et al. “Increases in Drug and Opioid Overdose Deaths–United States, 2000-2014.” Morbidity and Mortality Weekly Report. 1 January 2016. Accessed 21 March 2016. http://www.cdc.gov/mmwr/preview/mmwrhtml/mm6450a3.htm Many of these people started using the painkillers initially to deal with the discomfort of a physical condition, but continue taking the drugs long after they have no longer become necessary because they are so very addictive.

Mindfulness meditation, on the other hand, is safe to practice for most people.3 “When Meditation Worsens Depression or Anxiety.” Mental Health Daily. 2015. (21 Mar 2016.) http://mentalhealthdaily.com/2015/03/14/when-meditation-worsens-depression-or-anxiety/ , 4 Dawn Foster. “Is mindfulness making us ill?” theguardian. 23 January 2016. (Accessed 21 Mar 2016.) http://www.theguardian.com/lifeandstyle/2016/jan/23/is-mindfulness-making-us-ill It encourages adherents to center themselves and focus on their breathing and thoughts, promoting a peaceful state of relaxation. The practice was shown in a 2015 study at the University of Exeter in the United Kingdom to be a very effective treatment method for people with depression.5 Kuyken, Willem; et al. “Effectiveness and cost-effectiveness of mindfulness-based cognitive therapy compared with maintenance antidepressant treatment in the prevention of depressive relapse or recurrence (PREVENT): a randomised controlled trial.” The Lancet. 20 April 2015. Accessed 21 March 2016. http://www.thelancet.com/journals/lancet/article/PIIS0140-6736(14)62222-4/abstract So it makes sense that people who meditate might be able to direct their minds away from the pain they are feeling and perceive a more comfortable state. To learn more about mindfulness meditation or take the practice up, contact meditation centers or instructors in your area. 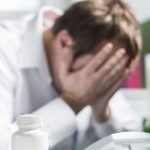