Major Surgery’s a Pain for Men 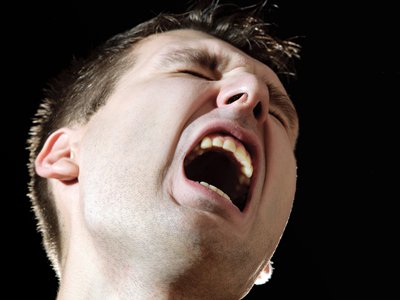 Undergoing a major surgical procedure is awful and is usually associated with a long recovery period. During that post-surgery time, you are virtually guaranteed some pain and discomfort. But how much pain you experience may have more to do with your gender than you might guess. According to new research, men appear to report having considerably more pain after a major operation than women do. This has got to come as a big surprise…at least to men.

The study, which was conducted at Ruhr University Bochum in Germany, found that the amount of pain for men during recovery from a major invasive procedure is more substantial than it is for women recovering from the same surgery.1 Gallagher, James. “Men ‘feel more pain after major ops’.” BBC News. 2 June 2014.  Accessed 12 June 2014. http://www.bbc.com/news/health-27662310 The subjects were approximately 10,200 adults who had undergone any type of operation during a four-year time period at a university hospital in Germany. The researchers conducted interviews with each patient still in the hospital for recovery to assess their level of pain.

Interestingly, the data obtained showed no evidence of a difference in pain after surgical procedures in general. But as the scientists began to break down the procedures into categories, disparities began to appear. They classified surgeries as either major extensive open operations, including those to the heart or abdominal cavity, or minor procedures, which were comprised of biopsies and other small surgical treatments. It was only the major operations that seemed to affect the men worse than the women, with far higher numbers of men reporting pain. Conversely, it was after the minor surgeries that women tended to experience more pain than their male counterparts.

It is possible that hormones may be responsible for these divergences. However, testosterone, which is found in significantly higher levels in men, is theoretically supposed to help diminish pain, running counter to the study’s findings except in the smaller procedures. Another factor to consider is that women are known to experience varying degrees of pain, depending on where they are in their menstrual cycle. A 2000 study at Stockholm University in Sweden determined that women demonstrated a markedly higher threshold for pain during ovulation, which is the second phase of the menstrual cycle.2 Hellstrom, B. and Lundberg U. “Pain perception to the cold pressor test during the menstrual cycle in relation to estrogen levels and a comparison with men.” Integrative Physiological and Behavioral Science. April-June 2000. Accessed 13 June 2014. http://www.ncbi.nlm.nih.gov/pubmed/11021338 Plus, in the current research, the ages of the patients were not provided, so it may be that some portion of the women were post-menopausal, producing reduced amounts of hormones. According to a 2012 study at the University College of Medical Sciences in Delhi, India, pain tolerance in post-menopausal women is higher than it is in pre-menopausal women–unless the women were taking hormone replacement therapy drugs.3 Gautam, Shikha; et al. “Does pain perception vary across the reproductive life or with the use of HRT in postmenopausal women?” Journal of Clinical and Diagnostic Research. May 2012. Accessed 13 June 2014. http://www.jcdr.net/articles/pdf/1935/3573_E(C)_F(T)_PF(V)_PFA(A)_P(_).pdf

In fact, plenty of experiments have found that men generally have more tolerance to pain–the opposite of this study’s results. A 2009 study at the University of Florida in Gainesville analyzed research that spanned more than a decade and determined that women generally have a lower threshold for pain in a variety of pain test measurements.4 Fillingim, Roger B.; et al. “Sex, Gender, and Pain: A Review of Recent Clinical and Experimental Findings.” Journal of Pain. May 2009. Accessed 13 June 2014. http://www.ncbi.nlm.nih.gov/pmc/articles/PMC2677686 And women are much more likely to suffer from debilitating pain conditions such as fibromyalgia and migraines.

The effects of psychology on pain have also been noted and may account for some difference between the genders. Conforming to societal expectations that a boy should “walk it off” after getting hurt may result in grown men who will not admit to feeling pain. The little girls who get a band-aid and a lollipop when they skin their knees may eventually grow up to be women who readily express pain over any little injury.

But for any of us who require a surgical procedure–whether it is of major or minor magnitude–it would be wise to prepare your body and optimize your health beforehand to help the operation and recovery go as smoothly as possible. Studies with mice have shown that eating a low-fat diet prior to surgery may help you experience less trauma, and studies with people have shown that obesity can increase the risk of complications. And, if you are a pre-menopausal female, it might not be a bad idea to try to schedule the procedure so it takes place at the start of the second phase of your menstrual cycle, giving you the best shot at feeling less pain as you recover.