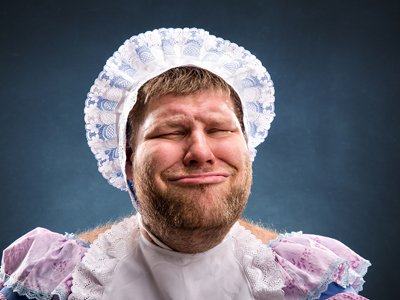 Going through puberty means dealing with fluctuating hormone levels and bodily changes, making it a very stressful time of life. We’ve all gone through the experiences of adolescence, and most of us remember it as an awkward period spent just trying to fit in. But some kids have even more challenging hurdles, including entering puberty at an earlier age. Beyond the embarrassment they often feel over their bodies taking on a more adult form before their classmates’ bodies do, new research suggests that these youngsters may also face the more serious problem of a higher risk for depression.

The study, which took place at the University of Illinois at Urbana-Champaign, found that children who have an early onset of puberty are more likely to experience depression and a host of related problems during their teen years.1 Preidt, Robert. “Early Puberty Linked to Increased Risk of Depression in Teens.” MSN. 25 November 2014. Accessed 3 December 2014. http://www.msn.com/en-us/health/medical/early-puberty-linked-to-increased-risk-of-depression-in-teens/ar-BBfO6NX The subjects were 167 male and female adolescents. Over the course of four years, the scientists surveyed these teens and their parents to determine not only when they underwent puberty but also note their psychological status and relationships with others.

The information gathered showed that entering puberty early put kids at higher risk for various indicators of depression. These included a negative self-image, feeling a greater amount of anxiety, and social difficulties such as clashes with family members and peers or getting into trouble with friends. It represented an average increase in factors associated with depression. Obviously all of the teen participants who experienced early puberty did not demonstrate signs of depression. However, depression was found to be especially prevalent among those who, in addition to maturing earlier, also endured instability at home and had an insufficient support network on which to depend.

Numerous other studies have discovered a relationship between early puberty and mental health issues, but those studies, as 2003 research at the University of Tampere in Finland showed, found the problems to be more generally prevalent among girls.2 Kaltiala-Heino, Riittakerttu; et al. “Early puberty is associated with mental health problems in middle adolescence.” Social Science & Medicine. September 2003. Accessed 4 December 2014. http://www.ncbi.nlm.nih.gov/pubmed/12878105 Instead, the current research found a connection between early puberty and depression in both girls and boys. And the new research may explain why the occurrence in boys may have frequently been overlooked. The girls in the study appeared to be affected by psychological stress and subsequent depression almost immediately as their bodies began to exhibit changes–not so with the boys.

The boys did not seem to experience any initial reaction when they started puberty earlier than their peers–similar to previous studies. But the length of the study was the key, because by the end of the final year of the follow-ups, the boys who entered puberty early had very similar rates of depression to their female counterparts who also started puberty early. For some unexplained reason the effects were delayed, but the ultimate outcome was the same as these boys were also plagued by self-image problems, elevated anxiety, arguments with family and peers, and behavioral issues.

The study only demonstrated a link between depression and early puberty since it was not designed to prove cause and effect. It also was limited by a relatively small population sample. However, since the findings are in line with previous research, the likelihood that these outcomes would be replicated in future experiments is probably fairly high.

So how can we protect our children? With puberty starting up to two years earlier for both boys3 Herman-Giddens, Marcia E.; et al. “Secondary Sexual Characteristics in Boys: Data From the Pediatric Research in Office Settings Network.” Pediatrics. 20 October 2012. Accessed 4 December 2014. http://pediatrics.aappublications.org/content/early/2012/10/15/peds.2011-3291.abstract and girls4 Biro, Frank M.; et al. “Onset of Breast Development in a Longitudinal Cohort.” Pediatrics. 4 November 2013. Accessed 4 December 2014. http://pediatrics.aappublications.org/content/132/6/1019.full?sid=50195aab-cd3d-45ae-8afe-f9fb7e6811d8 than it did just a decade ago, this is becoming a more and more serious concern. And if you go back 50 years, kids are now entering puberty a good five years earlier. This is not healthy, and now we know another reason why. It is important to do what we can while kids are very young to prevent the early onset of puberty. Excess weight may well be a trigger, so helping your children eat a nutritious diet and exercise regularly will likely improve their odds. And toxins such as phthalates in many of our household products can affect the hormones and disrupt the endocrine system, so try to eliminate as many of these as possible. It is worth the effort to avoid the physical and emotional turbulence that may begin and linger in both girls and boys when their bodies begin changing prematurely. 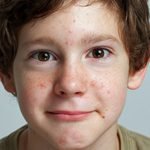