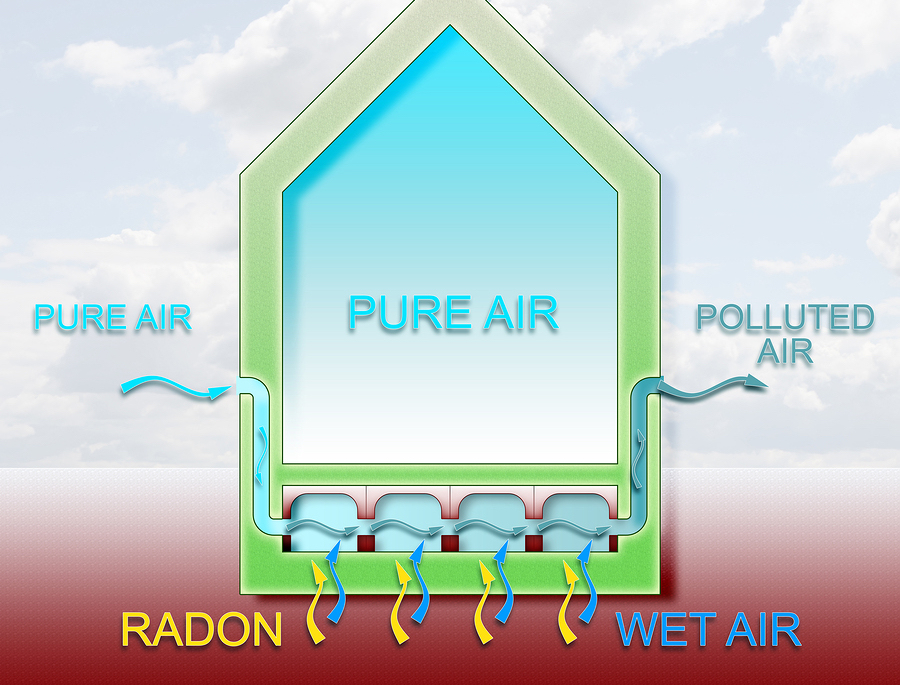 When John Scotrell was diagnosed with lung cancer, everyone was shocked. John never smoked. He hadn’t worked with asbestos or other hazardous materials. He ate healthy, he exercised. Why would such a disease smite him, of all people?

A clue came after his death, when his wife put their house on the market. As part of the buyer’s due diligence, an inspection was performed, including a radon test. The test came back showing radioactive radon levels at 8.2 pCi/L, far above the 4.0 pCi/L safety level established by the EPA. Neither John nor his wife knew much about radon, they had never had the house tested, and they certainly hadn’t done any remediation. In blissful ignorance, John spent nearly every evening puttering in his basement, his favorite pastime.  Unfortunately, radon tends to concentrate in basements, and it may well have been John’s killer.

Radon is a naturally occurring, odorless, radioactive gas that’s released as certain types of igneous rocks—those with uranium content—break down, sending radon into the air, soil, and water.1 “Radon Fact Sheet.” Radon.com. 15 March 2018. http://www.radon.com/radon_facts/ The fact is that most rocks do contain uranium, which is why there’s plenty of natural radon gas in the air outdoors, but when you’re outside, it dissipates into the atmosphere and poses little threat. The problem is that houses are sometimes built on top of radon-rich soil, and if there are any cracks in the foundation or walls, or if the foundation is made of porous concrete, radon travels inside where it can get trapped—especially in today’s politically correct homes where every orifice is plugged in the name of energy efficiency.2 “What is Radon?” The Family Handyman. 15 March 2018. http://www.radon.com/radon_facts/ With no way to vent, it’s often heavily concentrated in basements, the part of the home closest to the earth. Note: if you are building your own new house, you can ask for radon-resistant construction, which will minimize the ability of radon to enter your house.

While everyone these days knows smoking is bad for you, there’s a world of ignorance about radon, and the fact is that it’s the Number Two cause of lung cancer in the US. Radon kills about 21,000 annually. It’s present in all 50 states, to varying degrees.3 “Health Risk of Radon.” Environmental Protection Agency (EPA). 15 March 2018. http://www.epa.gov/radon/health-risk-radon When you breathe in radon, it continues to break down in your lungs, where it releases alpha particles that can mutate your DNA and cause tumors.4 Stockton, Nick. “Trump Wants the EPA Radon Program Cut. So Do Some Scientists.” 31 July 2017. Wired. 15 March 2018. http://www.wired.com/story/to-radon-or-radont-that-is-the-question/ Studies show that it does the most damage to smokers and former smokers, whose lungs may already be compromised, but radon also kills 2,900 people annually who never smoked. According to a 2005 article summarizing 13 European studies on radon, nine percent of lung cancer deaths among smokers can be attributed to radon, while two percent of all cancer deaths are radon related.5Darby, S. et al. “Radon in Homes and Risk of Lung Cancer: Collaborative Analysis of Individual Data from 13 European Case-control Studies.” British Medical Journal. 29 January 2005. http://www.epa.gov/sites/production/files/2014-08/documents/euro_rn_pooling.pdf

Again, radon is present in most soil and can show up anywhere, although certain parts of the country tend to have higher radon readings across the board. The levels tend to be highest in the rocky northern states. For instance, radon levels in Montana homes average 7.4pCi/L statewide, far above the 4.0 safety threshold. In contrast, in Hawaii, where very few homes have basements, where most people leave windows open year-round so there’s great ventilation, and where soil tends to be volcanic, there’s not much of a radon problem. But even in Florida, where the average in-home reading is a low 1.8 pCi/L, one out of every five homes does indeed have elevated radon, according to the Florida State Department of Health.6 http://www.floridahealth.gov/environmental-health/radon/radon-faq.html And lately there are indications that granite countertops can emit radon, although probably at negligible levels! 7http://www.epa.gov/radiation/granite-countertops-and-radiation

The scary thing is that even if your home registers below the 4.0 pCi/L radon level established by the EPA, that doesn’t necessarily put you in the all-clear. According to the website Radon.com, “A family whose home has radon levels of 4 pCi/L is exposed to approximately 35 times as much radiation as the Nuclear Regulatory Commission would allow if that family was standing next to the fence of a radioactive waste site.”8 http://www.radon.com/radon_facts/ Some experts say there’s no safe level, although studies do show that the connection to lung-cancer is dose dependent, with more cancer showing up as radon levels climb.

It must be noted that at least a few scientists say that the fuss about radon is overblown. In fact, one theory runs that low doses of radon inoculate you against lung cancer, exerting a homeopathic dosing effect.9 Scott, Bobby R. “Residential Radon Appears to Prevent Lung Cancer.” 14 October 2011. Dose Response. 16 March 2018. http://www.ncbi.nlm.nih.gov/pmc/articles/PMC3315166/ But the National Academy of Sciences, the Environmental Protection Agency, the World Health Organization and the National Research Council, among many other authoritative agencies, all concur that the bulk of evidence indicates that any level of radon exposure is indeed problematic.

The point is that it’s important not to be complacent—don’t assume you don’t have radon because your neighbors don’t or because you believe you live in a no-radon area. A simple call to your local environmental commission or board of health can clarify the reality for you. Experts warn that even if radon isn’t much of a problem in your area, you should have your home tested because local geology can vary within a single block. Some sources say one out of every three homes nationwide has elevated radon levels; other sources say one out of five or even one out of 15. In any case, it’s obvious that radon is a widespread phenomenon that shouldn’t be ignored. Also, it’s not just your home you have to worry about. Radon can be present in your office building or workplace, particularly if you work underground, or in your child’s school. And how much time do you spend each day in those locations?

So, what should you do? The first step is to get a radon test. There are two types of test: long-term and short-term.10 http://www.radonzone.com The short-term test takes three to five days, during which time you place a small charcoal or ion unit in the lowest level of your house. Then you send the unit to a lab for analysis. You can purchase your own test kit online or at a hardware store for as little as $15. Or, you can have a professional do the testing for you, which will run about $150 to $300. The three-day test is usually considered sufficient for real-estate transactions, but some experts say that radon levels in a home vary so much day by day and season by season that the three-day tests are useless. They recommend a long-term monitor that measures for at least three months to a year. These long-term monitors don’t cost any more than the short-term tests. You just need the time and patience to wait for the results.

If the results come back showing radon levels above 4.0, you’ll definitely want to do remediation in your home. Lower than that level, it’s up to you. Remediation means finding ways to seal up radon entry points as well as to install radon mitigation systems that direct radon gas away from your home using pipes, vents, and fans.11 http://sosradon.org/mitigation The bonus is that mitigation has a dehumidifying effect if installed in basements. The cost runs about $1200 to $2000 in most places.

Even if you do have home mitigation, you’re bound to get radon exposure in other buildings, and so it’s important to follow a healthy routine such as that outlined by Jon Barron in his Baseline of Health program. 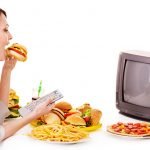