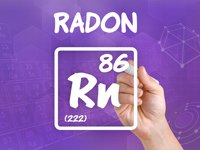 Making improvements to increase your home’s energy efficiency is a supposed to be a win-win situation.  After all, it helps you save money on heating and cooling costs while at the same time benefiting the environment.  But now it would seem that there is a big downside as well.  According to new research, living in a highly energy efficient home may increase the risk of developing lung cancer.

The study, which took place at the London School of Hygiene and Tropical Medicine in the United Kingdom, found that containing the temperature-controlled air within a house also holds in any radon that is present, and exposure to radon gas has been linked to lung cancer risk.1 “Energy efficiency measures in homes may lead to higher risk of lung cancer.” Fox News. 24 January 2014. Accessed 29 January 2014. http://www.foxnews.com/health/2014/01/24/energy-efficiency-measures-in-homes-may-lead-to-higher-risk-lung-cancer    The scientists created models to determine just what effect taking measures to make a home more airtight and cutting the leakage of air by approximately half would have.  This included common upgrades to energy efficiency such as using draft strips along the frames of doors to prevent air from flowing in and out.

The calculations based on UK numbers showed that by increasing air tightness alone the radon levels within a typical house would climb by more than 50 percent on average.  This would place more than three times the number of homes over the radon action level of 4 pCi/L from the current amount–jumping from 0.6 percent to two percent of homes–which means that an estimated 750,000 more people would potentially be affected.  In England, the scientists estimated that radon exposure may contribute to approximately 1,000 deaths each year. In the U.S., that number is estimated at 21,000 per year. As Jon Barron pointed out some 15 years ago in the original edition of Lessons from the Miracle Doctors, radon gas is the number two cause of lung cancer in the U.S., second only to smoking cigarettes according to the EPA, Surgeon General, and The American Lung Association. Millions of homes and buildings in the U.S. contain high levels of radon gas.

The researchers’ assessments attributed an extra 278 annual mortalities relating to radon exposure in the UK.  However, a portion of the radon levels could be reduced if, as people made energy efficiency improvements, they also added mechanical heat recovery and ventilation systems. These systems remove the stale air that has been circulating within a house by sending it through a duct to the outside.  Simultaneously, they bring fresh air in from outdoors, regulating its temperature before the air is transferred into the rooms of the house.  Even with a system such as this, radon levels would likely still rise, but not nearly as significantly.  The key, though, is that people would have to use and maintain these systems, which is often not the case.  If the system is not kept up properly, it won’t do much good.

Many people are not familiar with the dangers of radon.  It is a natural gas produced when uranium existing in soil and water breaks down.  But this gas is radioactive and tends to seep into buildings and stay put, which is why the more time you spend inside a home containing a higher radon level, the greater the odds that it will affect your health. Radon may be more prevalent in some areas than others, but it is present everywhere.  According to the Environmental Protection Agency, an estimated one in every 15 homes is believed to have elevated radon levels.2 “A Citizen’s Guide to Radon.” United States Environmental Protection Agency. 10 January 2013. Accessed 31 January 2014. http://www.epa.gov/radon/pubs/citguide.html

When higher levels of radon are present, we are breathing in more of these molecules.  Over time, this can lead to damage within the lungs and an increased risk of developing lung cancer, pneumonia, and emphysema.3 “Radon Toxicity.” Agency for Toxic Substances & Disease Registry. 1 June 2010. Accessed 31 January 2014. http://www.atsdr.cdc.gov/csem/csem.asp?csem=8&po=9   Children are believed to face a higher risk of lung disease from exposure to radon, possibly because of their developing tissues and more rapid respiration.  A 2012 study at Soochow University in Suzhou, China, also found a link between childhood radon exposure at home and an elevated risk of childhood leukemia.4 Tong, J. et al. “Environmental radon exposure and childhood leukemia.” Journal of Toxicology and Environmental Health. 2012. Accessed 31 January 2014. http://www.ncbi.nlm.nih.gov/pubmed/22852813   And smokers, as well as those in contact with secondhand smoke, also face a higher risk of lung cancer when exposed to greater levels of radon at home because their lungs have pre-existing damage.

To safeguard yourself and your loved ones, you can measure your home radon levels with some simple testing.  As noted above, a reading is considered high if it reaches 4 pCi/L.  However, the average indoor radon level is estimated to be in the ballpark of 1.3 pCi/L. It would be ideal to reach that level or lower if possible.  This may require making some home improvements using a contractor experienced in this area to install the correct type of ventilation system, and then maintaining it regularly.  Don’t forget to quit smoking and avoid the secondhand smoke of others. Plus, a 2010 study at the International Agency for Research on Cancer in Lyon, France, found that vitamin B6 may cut the risk of lung cancer by half so you might want to consider adding a supplement to your regimen. And as Jon Barron has pointed out for years, study after study shows that green tea protects against lung cancer.5 Hong Wang, Shengjie Bian, and Chung S. Yang. “Green tea polyphenol EGCG suppresses lung cancer cell growth through upregulating miR-210 expression caused by stabilizing HIF-1a.” Carcinogenesis. 2011 December; 32(12): 1881–1889. http://www.ncbi.nlm.nih.gov/pmc/articles/PMC3220612 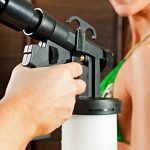