Radiation from Flying on Planes

I hate going through security at the airport and often opt out of scanning by those put-your-arms-over-your-head full-body x-ray machines. If you’ve ever opted out yourself, you know that the alternative to being radiated is to get a manual pat-down, which means that the security crew needs to call someone specially trained to perform manual screenings, and they’re rarely happy about the extra work involved. Many times, when I’ve opted out, I’ve received a lecture from the security person in attendance about how I was going to get a lot more radiation on my flight than I would being zapped for a few seconds in the machine.

Which raises the question, is that true, and if so, just how much radiation do we get when we fly? The fact is that when you’re in the air, you are indeed exposed to additional radiation. This is not a new concept. Jon Barron talked about it 20 years ago in the first edition of Lessons from the Miracle Doctors. The radiation comes from space—from earth’s magnetic fields, from solar flares, and from cosmic rays emitted by the stars. The radiation you get in-flight differs from what you get during a medical x-ray or an airport scan.1 “Understanding Space Radiation.” October 2002. NASA Facts. 7 June 2018. http://spaceflight.nasa.gov/spacenews/factsheets/pdfs/radiation.pdf Space radiation is heavily ionizing, which means it can travel through matter and human tissue easily, knocking out the electrons, which can trigger changes to DNA and cell structure if the dose is high enough. When you’re on the ground the earth’s atmosphere and magnetic field give you plenty of protection from these natural energies, but when you’re in the air, that protection is lessened.2 Calderone, Julia. “Here’s why airline crewmembers are classified as radiation workers.” 19 November 2015. Business Insider. 7 June 2018. http://www.businessinsider.com/airplane-flight-cosmic-radiation-exposure-altitude-2015-11

The amount of space radiation you’re exposed in flight depends on flight length, how high you fly, and the latitude of your flight path.3 “Radiation from Air Travel.” Centers for Disease Control and Prevention. 8 June 2018. http://www.cdc.gov/nceh/radiation/air_travel.html Also, if there are solar flares when you fly, you can get a much higher dose than otherwise. The earth’s magnetic shield is most powerful around the equator, so if your flight takes you along those tropical zones, you’ll experience less radiation exposure than if you fly closer to the earth’s poles. In fact, you’ll get about two to three times the dose of radiation if you fly a northern or southern route compared to a route close to the equator. Also, the higher the flight, the more radiation you’ll experience since the earth’s atmosphere offers decreasing amounts of protection as you get farther away from it. And of course, the longer the flight, the more radiation you’re exposed to.

Radiation intensity is measured in units called milliSieverts (mSv), which indicate both the amount of radiation and also the damage that dose will likely do to human tissue, since different types of radiation have different effects. Under normal circumstances, the average person gets about 6.2 mSv of total radiation exposure annually—keeping in mind that the recommended limit for the general public is under 1 mSv per year. That radiation is cumulative and can come from contaminated air, food, and water, from radon gas percolating up from the ground below (the largest single contributor), medical tests, proximity to power plants, and from cosmic radiation, since some does reach earth. You get about 2.28 mSv of radiation just from breathing the air around you. Those living at higher altitudes are exposed to about 1.5 mSv more cosmic radiation annually than those near sea level. And if you’re pregnant, experts advise limiting annual exposure to just 5.0 mSv.

On top of the natural radiation you’re subject to, you may get occupational or medical exposure. If you have a chest x-ray, you’ll receive only .1 mSv of radiation, but a spine x-ray gives you 1.5 mSv and a CT scan of your abdomen and pelvis will slam you with 20 mSv, three years’ worth in one dose. And of course, if you work directly with radioactive materials, you’ll get extra, as you will if your profession involves lots of flying. The International Commission on Radiological Protection recommends that airline crew members shouldn’t receive exposure beyond 20 mSv annually, while, as already mentioned, they recommend a limit of under 1 mSv per year for the general public. In fact, airline crew members get the largest annual radiation dose of all professions, at 3.07 mSv a year just from their jobs, on average—more than those working in nuclear power plants or medical x-ray technicians. In the EU, airlines try to limit crew exposure to just 1 mSv annually, and they train and monitor airline workers as if they worked in a nuclear plant, but not so in the US.4 “Cosmic Ionizing Radiation.” Centers for Disease Control and Prevention. 8 June 2018. http://www.cdc.gov/niosh/topics/aircrew/cosmicionizingradiation.html

For occasional travelers, the exposure is negligible. A typical coast-to-coast, round-trip flight exposes you to about the same amount of radiation you’d get from a chest x-ray—not much. Going from New York to Tokyo one-way will expose you to the equivalent of two chest x-rays. If you want to know how much radiation you’ll be subjected to during any particular flight, you can use this calculator. Remember, however, that the effects of radiation are cumulative, so the more flights you travel, the greater your exposure, and that can become a factor for frequent flyers. Also, if you’ve had a lot of medical testing or just discovered high levels of radon in your home, you might want to think twice about littering your schedule with lots of flights. Experts say that any radiation at all, even one x-ray, can be a health risk as some people are more sensitive to the effects than others.

If you fly 100,000 miles a year, you’re getting the equivalent of 20 chest x-rays on top of whatever other exposure you may have. And on top of that, you may accrue extra exposure going through the airport scanner, but it’s a small amount. Ostensibly, the scanners subject you to .1 uSv (that’s a millionth of a sievert) for each scan, which is a fraction of the thousandth of a sievert found in an mSv, or about 1000th the amount of a chest x-ray. But as we’ve noted before in previous blogs, the machines tend to actually emit much more radiation than reported, on testing, and again, radiation’s effects are cumulative. It’s interesting that in 2011, pilots petitioned to bypass the scanners because of the high levels of radiation they’re already exposed to, and they won their case.5 “Flight risk: How much radiation do planes expose you to?” Traveller. 10 June 2018. http://www.traveller.com.au/flight-risk-how-much-radiation-do-planes-expose-you-to-1a54m

What are those effects? It’s a known fact that radiation can cause cancer, birth defects, and Dna damage. Studies to date have largely focused on effects of x-rays and nuclear radiation, not on the cosmic radiation in space. Still, a JAMA review of 19 studies involving over 260,000 people found that pilots and air crew members have twice the incidence of melanoma compared to the general population.6 Bichel, Rae Ellen. “Cosmic Rays Sound Scary, but Radiation Risk on a Flight is Small.” 6 September 2014. NPR. 8 June 2018. http://www.npr.org/sections/health-shots/2013/11/14/245183244/cosmic-rays-sound-scary-but-radiation-risk-on-a-flight-is-small?refresh=true And, a study in Iceland found that long-term flight attendants developed breast cancer at five times the rate of the population-at-large.7 Hope, Jenny. “Frequent fliers raise cancer risk.” The Daily Mail. 8 June 2018. http://www.dailymail.co.uk/health/article-200443/Frequent-fliers-raise-cancer-risk.html It’s noteworthy that several of the studies confirming a cancer risk tied to lots of flying took place in Scandinavian countries where the flights took a northerly route.

The bottom line is that an annual long-haul vacation flight or two probably won’t to do much harm—and the benefits of relaxing on vacation will likely outweigh any radiation effects. But if you’re airborne constantly, particularly on long flights at high altitudes closer to the poles, you might want to think about cutting back and at least be extra careful about additional radiation exposures. If you’re about to take a long-distance flight, make sure you take a high-quality antioxidant supplement which may mitigate some of the effects from radiation, and eat foods high in antioxidants, which can give you some protection from oxidative and chromosomal damage. Foods rich in zinc (e.g., spirulina, goji berries, turmeric, green tea) and chlorophyll (kelp, seaweed, chlorella) also may offer some protection, as may foods that contain resveratrol and quercetin (apples and onions). 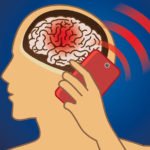