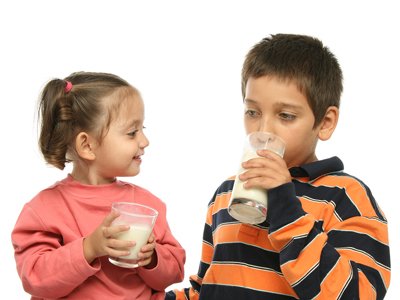 For decades, the dairy industry has been ubiquitous with its reminders to drink your milk. From “milk, it does a body good” to tons of public figures asking if you’ve “got milk,” the importance of milk has been not so subtly touted. And while they are clearly trying to promote a product, it’s not so bad because at least milk is healthy, right? We are taught at a young age to drink our milk since it will help our bones grow big and strong. But now, new research is suggesting that what Jon Barron has been saying about milk for years is true and that certain long-held beliefs about the benefits of milk may be way off base.

The study, which took place at Uppsala University in Sweden, found that a higher intake of milk was associated with an increased risk of bone fractures in addition to death at a younger age.1 Walton, Alice G. “Study Suggests Milk May Actually Increase The Risk Of Bone Fracture.” Forbes. 3 November 2014. Accessed 9 November 2014. http://www.forbes.com/sites/alicegwalton/2014/11/03/study-suggests-milk-may-actually-increase-the-risk-of-bone-fracture The subjects were 61,433 women and 45,339 men who answered surveys about their typical eating habits. Some of the questions they were asked focused on their consumption of specific foods, including milk, yogurt, and cheese. The scientists conducted follow-ups with the women for an average of 20 years and with the men for an average of 11 years. During this time period, the participants’ medical information was analyzed, and the researchers kept track of any bone fractures they experienced as well as occurrences of mortality.

The female volunteers were determined to reap no benefits whatsoever from drinking milk. In fact, those who consumed three or more glasses of milk daily actually had a substantially higher risk of bone fractures. And both the men and women who drank greater quantities of milk regularly were found to have an elevated risk of premature death.

Interestingly, the other dairy foods that were also spotlighted in this experiment did not seem to have the same effects. Cheese and yogurt–both of which are made from milk but differ due to the presence of bacterial cultures–actually appear to provide some benefits. The subjects who consumed a lot of these foods had a decreased chance of bone fractures occurring and a lower risk of death. It is not clear exactly why milk would have such harmful consequences when its close relatives may offer some protection, but the scientists theorize that it may be related to milk producing inflammation in the body that is not brought on by other dairy items. To obtain evidence of this, they looked at biomarkers of oxidative stress and found that these were consistently higher in people who were bigger milk drinkers.

The problem may be caused by D-galactose, a sugar in milk but not in either cheese or yogurt, that affects the body at a cellular level producing inflammation and damage. A 1999 study at the Chinese Academy of Medical Sciences in Beijing on injections of low doses of D-galactose in mice demonstrated an accelerated aging effect in the animals, including an inhibited immune response.2 Song, X; et al. “Advanced glycation in D-galactose induced mouse aging model.” Mechanisms of Ageing and Development. 17 May 1999. Accessed 10 November 2014. http://www.ncbi.nlm.nih.gov/pubmed/10405984   And,while the current study was not designed to prove cause and effect, it certainly did establish a firm link between heavy milk consumption and early mortality. Plus, the size of the population sample and length of the study period lend the results further weight.

These findings should come as no surprise to Jon Barron’s long-time readers. There have been many times over the years that he has warned of the health hazards that are associated with milk, such as an increase in diabetes and contributing to the rise in obesity rates. And before you start worrying that dairy products are essential because your bones need the calcium it provides, you might want to check out Jon Barron’s newsletter, Dangers of Calcium Supplements, which closely examines the calcium myth and how your body really needs far less than most experts believe.

In the end, it likely would do you no harm to give up all foods that come from cow’s milk. However, if you are a die-hard fan of dairy, at least try to limit your milk consumption and stick with small quantities of cheese and yogurt instead. And when you drink milk, stick with raw if possible, but at the very least, organic, antibiotic- and growth hormone-free varieties. 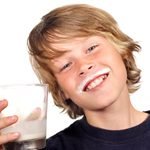 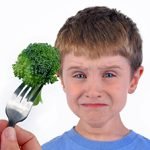