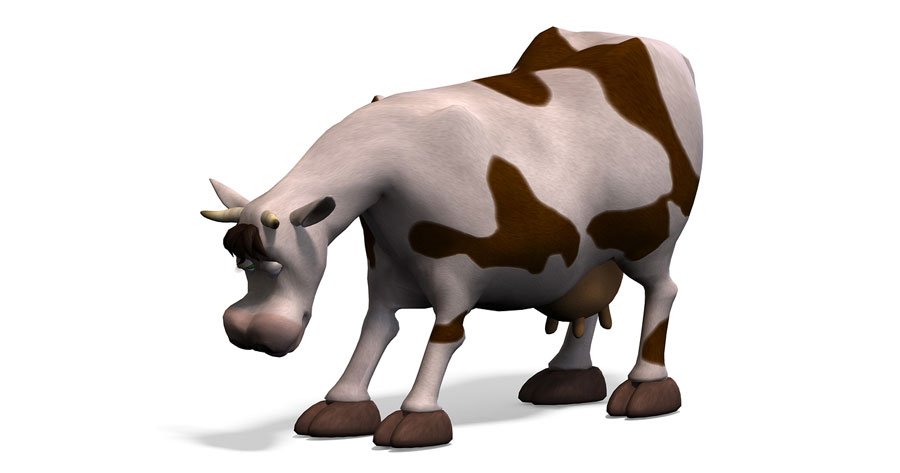 According to the results of the study conducted out of the University of Cardiff in the UK and as promoted in media throughout the world, drinking a pint of milk a day may protect men against diabetes and heart disease. As if!

This week we’re going to take a break from our series on the cardiovascular system and discuss a dairy study released earlier this month. According to the results of the study conducted out of the University of Cardiff in the UK and as promoted in media throughout the world, drinking a pint of milk a day may protect men against diabetes and heart disease.

The 20-year study, published in the Journal of Epidemiology and Community Health, analyzed how the rates of metabolic syndrome were affected by dairy consumption.

Metabolic syndrome (also known as syndrome X or insulin resistance syndrome) is a cluster of conditions including obesity, high blood sugar, high blood pressure, and high triglycerides that increase the risk of heart disease. Metabolic syndrome is said to be the fastest growing disease entity in the world. On the other hand, although it does predict vascular disease and diabetes quite powerfully, it is probably not a true syndrome and should be thought of more as an elaborate risk formula — increasing the risk of death by some 50%.

According to the study, which tracked 2,375 men between the ages of 45 and 59 over a 20 year period, eating dairy products reduces the risk of metabolic syndrome. The more they consumed, the lower the risk. At the start of the study, 15% had metabolic syndrome and had almost double the risk of coronary artery heart disease and four times the risk of diabetes of those without the syndrome.  But the researchers found that men were 62% less likely to have the syndrome if they drank a pint or more of milk every day and 56% less likely to have it if they regularly ate other dairy products.

The more dairy products the men consumed, the less likely they were to have the syndrome.

In fact, although the study tracked a decreased risk of metabolic syndrome with increased dairy consumption, it found little actual correlation between dairy consumption and the incidence of diabetes itself. There were only 7 more cases of diabetes among the lowest consumers of dairy versus the highest. The incidence of heart disease was not tracked.

Also, people who had diabetes at the start of the study were excluded from the results so that we don’t know if their condition improved or deteriorated while drinking milk. That would be significant information in determining the overall health value of dairy when it comes to metabolic syndrome.

Why it means nothing

There are a number of problems with the study, but let’s start with the two most obvious.

If not milk, what?

In other words, the so called health benefits attributed to milk in the study may have nothing to do with milk at all. They may instead be a reflection of lowered consumption of more harmful highly-sugared beverages.

A question that occurs to me is: why are men in their forties and fifties drinking milk every day? Is it because they want something to drink with their cookies and cake at lunch like children (probably not), or is it because they are making what they consider to be a conscious health choice (even if misguided)? If so, what does that say about the rest of their diet? We know that people who drink lots of soda pop also tend to be high consumers of fast foods and snack foods. In fact, they’re usually sold in tandem, not only in fast food restaurants (KFC, Taco Bell, and Pizza Hut, for example, are owned by Yum! Brands, a spin-off of PepsiCo) but also in grocery store power aisles. So if the drinking of milk was the result of an attempt by some of the participants to avoid fast foods and sodas, were those men also more likely to have eaten whole grain foods and fresh produce as opposed to fast foods and sugared snacks? We know that fast food diets are more likely to contribute to the onset of metabolic syndrome, and that whole foods are more likely to keep it at bay? It sounds likely that the men drinking milk were eating an overall better diet, but the study doesn’t tell us either way. In any case, without that information, the study is meaningless. You could probably come up with the same results (maybe even better) by doing a survey on how much water the men drank — the more water, the lower the incidence of metabolic syndrome.

Heck, why didn’t the researchers just cut to the chase and ask about the participant’s sugar intake in foods and beverages?

What do we actually know?

When it comes to dairy, we actually know quite a lot. For example:

Then, of course, all the Cardiff study looked at were the triggers for Metabolic Syndrome. Perhaps milk is implicated in other problems such as cancer, allergies, arthritis, infection, and toxicity. And it is!

In Lessons from the Miracle Doctors, I talk about a number of the health problems associated with dairy consumption. Those are actually only highlights; there’s much more. First of all, the following two sites might be of interest.

To summarize some of the things that you will find there, there are many, many problems associated with consuming dairy. Many of these are probably conditions you are already noticing in your own body — particularly those that relate to allergies, diabetes, and autoimmune disorders. For example:

Removing dairy from the diet has been shown to shrink enlarged tonsils and adenoids, indicating relief for the immune system — even more so if you are lactose intolerant.

Similarly, doctors experimenting with dairy-free diets often report a marked reduction in colds, flu’s, sinusitis and ear infections. In addition, dairy is a tremendous mucus producer and a burden on the respiratory, digestive and immune systems.

Concluding that dairy is good for you while ignoring these issues hardly makes sense.

Incompletely digested large dairy proteins, such as casein, become antigens (substances that provoke immune reactions) once they enter the bloodstream in individuals who are sensitive to them. Plus, the milk you buy in the store is not raw milk. If you must drink milk, be smart about your choices:

So am I advocating drinking raw milk?

Not necessarily. I still have issues with some of the proteins in dairy that tend to trigger allergic reactions, whether that dairy is raw or pasteurized. But if you are going to drink milk, raw organic milk is a healthier option than the pasteurized, homogenized moo-cow juice you find in the supermarkets.

I know that peer reviewed studies are the sine qua non of the medical world, but in reality many of them are so much less than they appear. As I have repeatedly pointed out in the past, you can get a study to prove any point you want — even contradictory points. And once a flawed study is published, it’s then cited by other studies over and over again, until utter nonsense becomes incontrovertible “fact.” Here are some examples.

Bottom line, when it comes to the current dairy study, pay no attention; it’s decidedly flawed.