Another Benefit of Breastfeeding 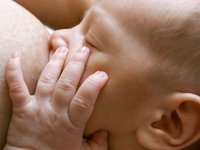 Breastfeeding is often a wonderful experience for mothers who are committed to trying.  It provides skin-to-skin contact with your baby and is an amazing bonding time.  There is also plenty of evidence that nursing is more beneficial to children than feeding them formula. As newborns they receive colostrum that is full of mom’s antibodies and a perfect formulation of the vitamins, fat, and protein their rapidly growing bodies’ need, as well as protection from allergies and infections.  As an added bonus, breastfeeding can help lower a mother’s chances of developing breast and ovarian cancer.  And now, new research has found that nursing may provide even more benefit to moms by reducing their risk of developing rheumatoid arthritis (RA) in later years.

The study, which was conducted through the University of Birmingham in the United Kingdom, discovered that mothers had a lower chance of being diagnosed with RA if they had breastfed at least one child after giving birth.1 Preidt, Robert. “Breastfeeding Might Reduce Moms’ Odds of RA.” WebMD. 7 January 2014. Accessed 15 January 2014. http://www.webmd.com/rheumatoid-arthritis/news/20140107/breast-feeding-might-reduce-moms-odds-of-rheumatoid-arthritis   The subjects were more than 7,300 women living in southern China who were at least 50 years old.  They all responded to comprehensive lifestyle questionnaires that focused on many health-related questions, including their breastfeeding history and whether or not there was any prior use of birth control pills. Also, physical examinations were performed to detect the presence of RA.  The researchers determined that of all of the participants who had given birth to at least one child, more than 95 percent of those women had nursed their child for a minimum of one month.

The women who had not breastfed were found to be approximately twice as likely to suffer from RA when they got older as compared to their peers who had breastfed their babies.  Plus, the risk of developing RA was further decreased the longer a woman breastfed her child.  The first pregnancy of the women took place at an average age of 24, while RA was generally diagnosed years later at an average age of close to 48.  The research was not designed to prove a cause-and-effect relationship, but it did show a strong link between nursing and lowering the chance of RA.

In addition, the scientists looked for a connection between taking birth control pills and the development of RA, but found none.  However, only 11 percent of the participants had used birth control pills, and the majority of those who did used them very briefly.  So while this finding was somewhat surprising, since birth control pills are hormone based and estrogen is believed to have a protective effect against RA, the lack of evidence may be due to the fact that the sample of users was too small or the pills were not taken long enough to have an effect.

There were some limitations to the overall study as well, as less than five percent of the population studied did not breastfeed.  It’s wonderful that such an overwhelming majority nursed, but in this case, it provides a small number of subjects for comparison.  The women involved appear to have mostly given birth in the 1960s and 1970s, so it is quite possible that other factors may have influenced the onset of RA decades later, such as changes in diet since vitamin D deficiency may be a potential trigger, smoking, or other environmental hazards.

But this is not the first research that has suggested an association between breastfeeding and a lower RA risk.  A 2008 study at the Malmo University Hospital in Sweden found that those women who nursed a baby for at least 13 months faced half the chance of a diagnosis with RA than did those women who had not breastfed at all.2 Pikwer, M.; et al. “Breast feeding, but not use of oral contraceptives, is associated with a reduced risk of rheumatoid arthritis.” Annals of the Rheumatic Diseases. 13 May 2008. Accessed 17 January 2014. http://ard.bmj.com/content/68/4/526.abstract?sid=acdf11c2-bd88-4145-81dd-748e84b9dd5c   Since RA does tend to affect more women than men, breastfeeding seems to be one possibly protective factor that might be worth doing for many reasons.

However, if you’re past that stage of your life and you are beginning to experience the swelling and joint pain that are characteristic of RA and other arthritic conditions, there are natural options for combating the condition.  Check out Jon Barron’s blog entry on dealing with RA and also his article on A Five-Pronged Approach to Chronic Joint Pain and Inflammation for information on some natural alternatives that can bring you relief. 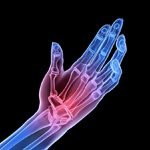