The Center for Science in the Public Interest (CSPI) has just released a report listing the 10 foods most likely to make you sick — or so the report claims. Leafy greens (a frequent source of salmonella, E. coli, and norovirus) take position number one, a fact that the media has latched onto by sporting headlines such as “Ten Healthy Foods Can Make You Sick.” While the sentiment does have a certain intrigue, it’s misguided on several accounts.

First, the 10 foods on the list certainly don’t all fall into that “healthy” a group. Ice-cream holds position number seven, cheese number five, and mercury-laden tuna number three. Even more to the point, though, the emphasis on greens as public-food-enemy #1 misses the fact that the study didn’t include poultry, beef, and pork. A closer look reveals that the report focuses only on foods regulated by the FDA, and meat products fall under the jurisdiction of the USDA instead. That’s a problem if you’re actually looking for an honest top ten list, because poultry, beef, pork, and egg products sicken a whole lot more people every year than do salads — which, sadly, also sicken plenty.

Since 1990, leafy greens, including lettuce, spinach, kale, and so on, have caused 352 outbreaks and 13,600 individual cases of food-borne illness. The most severe, recent, and widespread outbreak was caused by E. coli-tainted spinach, which sickened 200 people in 26 states in 2006, and left three dead. After that incident, growers nationwide vowed to clean up their acts, but by August of 2009, regulators found 1715 cartons of spinach that tested positive for salmonella, prompting a 12-state recall.

What makes leafy greens so problematic? First, they grow close to the ground, where they can come into contact with contaminated soil and water runoff. As Craig Hedberg, a professor at the University of Minnesota School of Public Health says, “These items are grown outdoors in fields with dirt. It’s probably impossible to grow them without contact with a food-borne pathogen.” Now there’s a concept to inspire an arugula salad for lunch.

Then, so much salad gets pre-bagged these days, and many analysts blame the processing for the problems. If one tainted head of lettuce gets chopped in the processing bin, it typically gets distributed into hundreds of bags of prepared salad, and all the ingredients that come into contact with it will also be contaminated. In fact, the incidence of food-borne illness related to greens has risen with the advent of “convenience salads.”

Apparently, the Produce Marketing Association, the American Blue Fin Tuna Association, and the National Milk Producers Federation “are outraged.” The National Milk Producers Federation issued a statement discounting the study, claiming it relies on outdated information. And, a spokesperson for the US Potato Board said, “Potatoes are inherently healthy and are not an inherently risky food and they should not be on this list at all, the issue is cross-examination and not potato itself [sic].” Huh? Even if you buy the contention that potatoes aren’t risky despite the statistics, you might wonder if eating them confers a Mr. Potato-Head IQ based on such twisted logic…and grammar.

“On a relative scale our food supply remains quite safe, says Dr. Hedberg. His cohorts point to the fact that there’s “only” one illness reported for every 3,000 to 4,000 meals. But if that’s true, and if you consider that for every “reported” meal three or five or a dozen others might go unreported, the odds of eventually getting food poisoning or some more destructive food-borne illness are actually quite high. At three meals a day, you eat 1,000 meals a year, so according to the odds (as reported), you should get sick from your food every three to four years at the least.

But lest you fear your lettuce, here are a few facts that should give some perspective. Government statistics cite 76 million cases of food-borne illness annually, causing 325,000 hospitalizations and 5,000 deaths. Out of those 76 million illnesses, remember only 13,000 were caused by greens, and that was over a 16-year time span. In fact, all the items on the Top 10 list added together caused fewer than 50,000 illnesses over that 16-year time span.

So what’s causing the 75.9 million other illnesses?

Beef, chicken, and pork, of course!!! The very items left off of the Top 10 list. The fact is that meat products cause 75 million percent more illnesses than produce does. Your odds of getting sick from lettuce or ice-cream or from potatoes are slim indeed compared to eating meat (Mr. Potato-Head is vindicated).

This doesn’t mean you should be cavalier. Contaminated produce does exist, and it could end up on your plate, though it isn’t likely. Your safest bet is to avoid beef, pork, and chicken as much as possible, and grow your own vegetables. But short of that, get fresh vegetables instead of the bagged stuff. Wash all produce very carefully; keep perishables refrigerated; cook eggs thoroughly; and keep a supply of a good colon detoxifier on hand to give you relief and purify your intestines just in case you do get food poisoning. 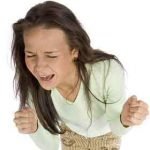