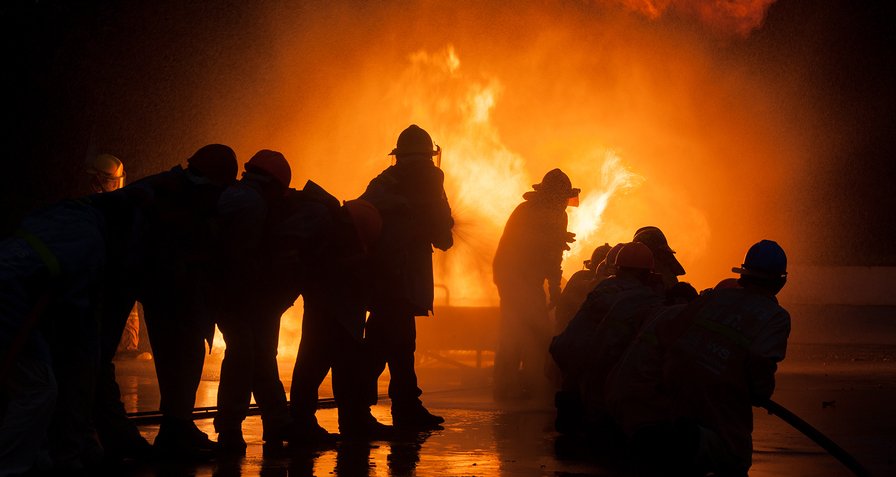 Unless you’ve been shooting rapids in Antarctica or otherwise out of circulation, you no doubt know that California has been ablaze this year, with wildfires burning through the northern part of the state, destroying an unthinkable 8400 homes and buildings–more than 220,000 acres were burned (the equivalent of 343 square miles), and entire towns were evacuated.1 http://www.cnn.com/2017/12/05/us/ventura-county-fire-california/index.html 2 Krishnakumar, Priya; Fox, Joe; and Keller, Chris. “Here’s where more than 7,500 buildings were destroyed and damaged in California’s wine country fires.” 23 October 2017. Los Angeles Times. 6 November 2017. http://www.latimes.com/projects/la-me-northern-california-fires-structures/

Today, even as I write this, 45,000 acres burned overnight in Ventura County, with thousands being forced to evacuate—and that fire is still out of control. The media has hammered the public with news and images highlighting flames and devastation, but one thing that got very little press was the fact that the fires caused dangerous air quality in the surrounding area for weeks on end, exposing millions of people living throughout California to hazardous pollution.

For those who don’t live in states with a fire season, it’s hard to comprehend how far smoke travels. While the air quality might be the worst right on the cusp of the flames, people living even hundreds of miles away often breathe ash and soot that travelled on the wind. Last month we drove from Portland, Oregon all the way to the California border and the highway was enveloped in thick smoke the entire way—five plus hours—the result of several fires burning in distant parts of the state.  The smoke was so dense that we couldn’t even see the majestic Mount Shasta from Mount Shasta town.

Such thick haze signals lousy air quality—air quality so bad that it might be dangerous to be outside at all. The problem with air affected by fires is that it’s rife with tiny particulates that can lodge in the lungs and respiratory system. These particulates are essentially bits of solid matter and moisture, sometimes carrying toxic residue. The smaller they are, the easier it is for them to pass through the lungs and penetrate into human organs and wreak havoc. According to the Environmental Protection Agency (EPA), the most harmful particulates are less than 2.5 microns in size (PM2.5), and unfortunately, over 90 percent of fire emissions fall into this category.3 Young, Kyla. “Smoke and Ash Inhalation Related to Wildfires.” Teach the Earth. 8 November 2017. http://serc.carleton.edu/NAGTWorkshops/health/case_studies/smoke_ash.html While larger particulates aren’t wonderful to breathe in, they’re less likely to get lodged in the organs.

There are obvious things to worry about with smoke inhalation. Death, for one thing. Over 70 percent of fire deaths are caused by breathing in smoke, not by burns.4 Hall, John R., Jr. “Fatal Effects of Fire.” March 2011. National Fire Protection Association. 8 November 2017. file:///C:/Users/hiyag/AppData/Local/Temp/osfataleffects-1.pdf In the short-term, smoke can cause eye and throat irritation. And then there’s exacerbation of asthma, respiratory disease, and heart disease. Over the long term, research indicates smoke exposure increases cancer risk as well as risk of developing heart and lung disease. There’s also evidence that toxic air increases the likelihood of developing dementia and diabetes.

But these risks aren’t surprises. We’ve written about them before. What’s less known is that pollution exposure, including breathing in smoky air, also has an effect on mental health. According to a just-published study from the University of Washington, the greater the exposure to pollution, and particularly, to PM2.5 pollution, the more likely that mental health will be impacted.5 Eckart, Kim. “How air pollution clouds mental health.” 2 November 2017. UW News. 8 November 2017. http://www.washington.edu/news/2017/11/02/how-air-pollution-clouds-mental-health/ (Environmental PM2.5 levels reflect pollution from all sources—not just from wildfires—including from cars, home fireplaces, and industrial emissions.)

The University of Washington study surveyed 6000 individuals, sorted by their exposure to PM2.5 particulates. Participants completed mental health questionnaires evaluating levels of sadness, anxiety, hopelessness, and so forth. The results showed that psychological distress increased in direct proportion to level of particulate matter in the air. By EPA standards, air containing over 12 micrometers of small particulates per cubic meter isn’t considered safe. Survey participants lived in areas with PM2.5 levels ranging from 2.16 to 24.23, with an average of 11.34 (pretty close to the safety limit). Those participants living in areas that were quite polluted, with PM2.5 levels averaging 21, showed psychological distress scores 17 percent higher than in areas with low pollution. To make matters worse, for every increase of 5 micrograms per cubic meter of PM2.5, education level dropped by an average of 1.5 years.

Well of course, you might think, since heavily polluted areas are often the poorest regions, it makes sense people would be depressed. But the researchers did control for “a robust set of” socioeconomic factors, so it does appear that pollution has an independent effect. This was particularly true of certain populations. Caucasian women living in polluted areas, for instance, scored 39 percent higher for distress level than those living in clean-air zones.

Interestingly, the effect did not hold for pollution by PM 10 (particulate matter larger than 10 micrograms per cubic meter), a sign that perhaps those tiny particulates lodge not only in lungs, but also in the pleasure centers in the brain. On the other hand, a study last year out of Umea University in Sweden found that increased particulate matter, whether PM2.5 or PM 10, is associated with a small but significant increase in mental illness among children.6 Carrington, Damian. “Air pollution linked to increased mental illness in children.” 13 June 2016. The Guardian. 8 November 2017. http://www.theguardian.com/environment/2016/jun/13/air-pollution-linked-to-increased-mental-illness-in-children

It remains to be seen how the high levels of fire pollution on the West Coast this past season will affect the physical and mental health of those exposed, but it is quite likely that there will be some effect given the extraordinary levels of exposure so many suffered. Since particulates accumulate over the course of the day, there’s also a standard for daily levels, with anything exceeding 35 micrometers in a 24-hour period considered unhealthy.7 http://www3.epa.gov/region1/airquality/pm-aq-standards.html Just for the sake of comparison, looking at today’s air quality readings, daily PM2.5 in Bakersfield, California, a notoriously polluted city, measures 66, which the “Air Now” website lists as “Moderate.” In Kahalui, Maui, it’s 3, in Boston it’s 27, 21 in Phoenix, and in Beijing it’s 152. Shocking as the Beijing readings are, when the California wildfires raged, daily readings exceeded 170 in many towns for days or even weeks on end. A CNN headline on October 13 read, “Week of wildfires polluting air as much as a year of cars.”8 http://www.cnn.com/2017/10/13/health/california-fires-air-pollution-trnd/index.html The article notes that one day in Napa, the reading soared to 486.9 Santiago, Cassandra and Scutti, Susan. “Week of wildfires pollution air as much as a year of cars.” 13 October 2017. CNN. 8 November 2017. http://www.cnn.com/2017/10/13/health/california-fires-air-pollution-trnd/index.html

Obviously, for your physical and mental health, it’s best to live where the air is clean and where seasonal fires don’t expose you to off-the-charts risks. If you’re stuck, though, it’s important to invest in a high-quality air purifier.10 http://www.airnow.gov/index.cfm?action=smoke.index According to the Air Now site, you should avoid ozone generators during times of contaminated air. Also, keep windows closed, forego vacuuming until the air clears, and get some N-95 or P-100 rated masks at your hardware store to screen out at least some of the particulates. And it’s also a reason for considering a regular regimen of full-body detoxes.