As recently as the early 1990s, food allergies were a fairly unusual occurrence. When you did hear about someone with a food allergy, it was often relatively benign, maybe causing a few hives to appear or a mild stomachache. It also usually struck children, who tended to grow out of these issues before adulthood.

But in today’s world, food allergies are a totally different story. Millions of people in the United States have an allergy or intolerance to a food, and, in some instances, the reaction provoked by exposure may even be life threatening. To get a fuller picture of this problem, researchers at Brigham and Women’s Hospital in Boston, Massachusetts analyzed medical records to determine that approximately 3.6 percent of Americans—a whopping 11.6 million people—are currently affected by food allergies.1 Acker, Warren W.; et al. “Prevalence of food allergies and intolerances documented in electronic health records.” The Journal of Allergy and Clinical Immunology. 31 May 2017. Accessed 7 June 2017. http://www.jacionline.org/article/S0091-6749(17)30672-3/abstract.

Some of the key findings include:

Some of these results were fairly surprising. For instance, nut allergies are so often in the news that it is unexpected for peanuts not to rank as the number one offender. They are high on the list, but not nearly at the top, coming in shortly after shellfish, fruits or vegetables (yes, fruits and vegetables), and dairy.

And we really have no idea why women might experience a higher rate of food allergies than men. It could be due to the fact that women tend to have more allergies in general than men, or perhaps it is simply a matter of women seeking treatment for their symptoms more often. The same question applies to why people of Asian heritage might be more prone to food allergies than others. The researchers speculated that, where peanuts are concerned at least, it might have to do with cooking methods, since peanuts are often boiled in Asia but in America they are roasted, which can increase their allergenic propensity.

How do you know if you have a food allergy or intolerance? There are many possible symptoms aside from anaphylaxis. Common reactions include developing hives, shortness of breath, itchiness in the mouth, wheezing, swelling of the lips or face, nasal congestion, dizziness, stomach cramps, vomiting, and diarrhea.

If you suspect a food allergy, you should visit a physician for testing. You will likely need to avoid the potential allergen for a period of time, then carefully reintroduce it to determine whether any symptoms arise. If they do, your doctor can suggest whether you would be better off no longer consuming the offending food or gradually exposing yourself to it in slowly increasing amounts to build up a tolerance. Of course, in the case of an anaphylactic reaction, you will need to refrain from eating the allergy-inducing food entirely for obvious reasons.

And before you think that you are out of the woods because you’re an adult and have never had a food allergy, think again. A 2014 study at the Northwestern University Feinberg School of Medicine in Chicago, Illinois showed 15 percent of new food allergies develop after the age of 18.2 Kamdar, Toral A.; et al. “Prevalence and characteristics of adult-onset food allergy.” The Journal of Allergy and Clinical Immunology: In Practice. January-February 2015. Accessed 8 June 2017. http://www.jaci-inpractice.org/article/S2213-2198(14)00301-8/abstract.

What’s more, as Jon Barron has said before, food allergies are not always triggered by food. They may also be the result of a buildup over time of other allergens in the body. The chemical additives that have been introduced into our environment in the last several decades may very well be contributing to this problem and may explain, at least in part, why there has been such an upsurge in food allergies. But there are natural approaches that may help clear out your system effectively, including the use of digestive enzymes, proteolytic enzymes, and a colon/liver detox. 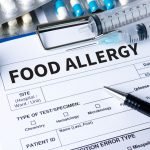 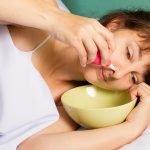