Antibiotics in Infancy and Asthma 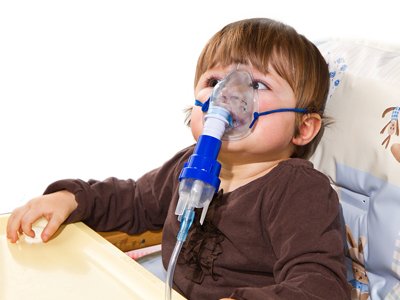 Your nine-month-old baby gets sick, runs a fever, and becomes very congested. To be safe, you bring your child to the pediatrician for a diagnosis. The problem, you are told, is a respiratory infection, which is very common and easily treated with antibiotics. Sounds like a great solution, right? Not really. New research suggests that babies given antibiotics may have a much greater risk of eventually becoming asthmatic.

The study, which took place at the University of Manchester in England, found that treating children with antibiotics before their first birthday may double the likelihood that they will develop asthma at some point in their lives.1 Dotinga, Randy. “Link Between Early Antibiotic Use & Asthma Probed.” WebMD. 15 May 2014. Accessed 18 May 2014. http://www.webmd.com/asthma/news/20140515/study-probes-link-between-early-antibiotic-use-asthma The subjects were close to 1,000 children who participated in a longitudinal study in which they were followed from the time they were newborns until the age of 11. The scientists conducting the current research combed through the data collected with a focus on the use of antibiotics very early in life and how many of these kids subsequently developed asthma. The association between antibiotics during infancy and an increased risk of asthma was clearly established, but the trial was not set up to show cause and effect.

In an interesting twist, the researchers proposed that perhaps it is not the antibiotics that cause the asthma to arise later on. They hypothesized that genetic variations and immune system impairments might precede the need for antibiotics and be the reason that these children are more prone to developing both the infections for which the antibiotics are prescribed as well as the eventual asthma. That’s certainly a theory. Then again, the research did not find a correlation between antibiotics given to young babies and the later development of allergies.

But let’s keep in mind that one of the sources of funding for this study was the Medical Research Council of the United Kingdom, a government agency that recently signed a deal to work closely with AstraZeneca.2 “AstraZeneca and UK Medical Research Council launch fund.” Reuters. 15 May 2014. Accessed 19 May 2014. http://www.reuters.com/article/2014/05/15/astrazeneca-idUSL3N0O160I20140515 AstraZeneca is an enormous pharmaceutical conglomerate based in London that produces both antibiotics and asthma medications, among other drugs. It makes you wonder whether there may have been some level of bias in the findings that led the scientists to conclude that the antibiotics themselves were probably not responsible for the increased risk of asthma, but some unknown inherent defect instead. Then again, what a great theoretical business model: you provide the antibiotics that give children asthma–then you provide the asthma medication to take care of the disease you gave them earlier.

In fact, there have been several earlier studies that determined a link between early antibiotic use and the development of asthma in children. More than a decade ago, a 2003 study at the Henry Ford Hospital in Detroit, Michigan, found that children who receive antibiotics within their first six months of life face a higher risk of developing allergies to pets, ragweed, grass, and dust mites–as well as asthma–by the age of seven.3 Graham, Sarah. “Infant Study Links Antibiotics and Asthma.” Scientific American. 1 October 2003. Accessed 19 May 2014. http://www.scientificamerican.com/article/infant-study-links-antibi   The development of allergies as a result of taking antibiotics, of course, is in contrast to the results of the AstraZeneca funded study. The scientists involved in the 2003 study theorized that the antibiotics might affect the child’s developing gastrointestinal tract and immune system.

While there may be some validity to the possibility that there is an underlying genetic problem that makes some of us more susceptible to asthma, the premise put forth by the Henry Ford Hospital scientists makes much more sense in light of other knowledge we have obtained. As Jon Barron has written many times, it hinges on the importance of intestinal flora, which are destroyed by antibiotics. Beneficial bacteria play a major role in controlling diarrheal, inflammatory, and allergic diseases in infants. And asthma is a chronic inflammation of the air passages of the lungs, often triggered by allergic reactions. So when antibiotics are given to a baby under one year old, they destroy much of the good bacteria in the gut along with the bacteria causing the illness. This sets up a continuing state of dysbiosis, which in all likelihood will have long-lasting effects.

Ultimately, every parent has to do what they feel is right for their child, which means arming themselves with information rather than just blindly listening to their pediatrician’s advice. Many ear infections, respiratory infections, and other ailments for which antibiotics are prescribed will resolve on their own without the use of pharmaceutical drugs. And if you do feel your baby would benefit from a course of antibiotics, consider supplementing with a good probiotic formula after the round of antibiotics is finished to repopulate the intestinal tract with beneficial bacteria.