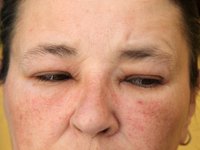 It’s hard to have a dinner party these days, with everyone seemingly allergic to something or other. One guest can’t eat gluten; another reacts to nuts; a third gets a rash from seafood; a fourth gets hives from your dog; a fifth has a sneezing fit caused by the dust on your neglected credenza; and you get runny eyes because Joan wore a sweater covered with her cat’s fur.

It isn’t your imagination; more people than ever do have allergies these days. A 2011 study of over two million individuals conducted by Quest Diagnostics, the largest diagnostic testing company in the world, found that the frequency of allergies in the US increased by almost six percent within a four-year timeframe, and that frequency continues to rise.1 “Allergies Across America.” 2011. 25 July 2013.

One out of every five people now has a confirmed allergy, according to the study, and those allergies lead to 17 million trips to the doctor annually as well as 30,000 emergency room admissions. Actually, these figures may underestimate the extent of the allergy problem. Only those subjects who took the ImmunoCAP® specific immunoglobulin E blood test, which is the “gold standard” in the allergy-testing world, were counted. The ImmunoCAP test evaluates patients for 11 of the most common allergies– egg whites, milk, peanuts, soy, wheat, ragweed, mold, two types of house dust mites, cats, and dogs. Anyone who has an allergy outside of these 11 big ones isn’t included in the statistics. And also, the results assume that the test accurately identifies a person’s principal allergies, an assumption that at least some in the medical world question (more on that later). So again, it’s likely that far more than the documented 20 percent of the population suffer from allergies of some sort. In fact, allergies affect more children than any other chronic medical condition.

Allergies develop when the immune system overreacts to contact with a particular food, drug,  animal, or some environmental factor. According to the Quest Diagnostic Report, “A healthy immune system produces proteins known as IgE antibodies that protect individuals from exposure to external substances that could cause illness, infection, and disease.” In patients with allergies, the immune system makes specific-IgE antibodies that wrongly recognize something, usually a protein, as a harmful allergen. This triggers the body to defend itself against the “invader” by releasing histamines and other substances in the body to “counteract” that exposure, causing allergy symptoms.

So why are allergies on the rise? The experts suggest that one significant factor may be climate change. This is especially true for allergies to mold and ragweed, the two allergy categories increasing most rapidly. With longer growing seasons, ragweed pollen hangs around in the environment for longer, giving susceptible individuals more time to develop sensitivity.  Also, hotter, wetter temperatures promote the growth of mold.  As we’ve written before, scientists predict that pollen count will double by the year 2040, a horrifying prospect in terms of allergy outlook.

Then, there’s the fact that so many new substances, chemicals, and drugs have been introduced into the environment and food supply. As we gain exposure to increasing amounts of combinations of these substances, we may develop new sensitivities, and sensitivity to one allergen sometimes triggers sensitivity to others. It’s possible that the immune system becomes overloaded trying to counteract the effect of all the drug and pesticide residues in the environment and contaminating our food.

The study did turn up some interesting and unexpected data. For one thing, the common notion that women develop allergies more often than men turned out to be mistaken, especially in the case of those under the age of 18. Boys comprised 64 percent of the young people with allergies. Not surprisingly, the study confirmed the fact that more kids than adults have allergies. In fact, 53 percent of all children under the age of 17 who underwent the allergy blood test showed a reaction to one or more of the 11 allergens.  One out of every four children tested positive for peanut allergy, and for children under the age of four, that figure was 30 percent. Given that peanuts cause more fatal allergic reactions in children than any other substance, that’s not good news. Thirty-seven percent of children under three years showed egg-white sensitivity, and 36 percent had sensitivity to cow’s milk.

Adults showed increasing rates of sensitivity to milk, with a significant 25 percent jump during the four years of the study. Also, adults became increasingly sensitive to egg whites, with a 19 percent rise reported during the study period. The study confirmed that those with food allergies as children tend to develop allergies to other substances as adults, and also, have an increased risk of developing asthma. The likelihood of developing asthma is especially high for those children with “indoor” allergies like sensitivity to mold, dust, and pets. One good thing about aging is that it seems to come with a sharp decline in all allergies, at least according to this study, with adults over the age of 50 having far fewer allergies than their younger counterparts.

Every city tested in the US showed significant allergy rates, but the worst of the bunch was Dallas, with an allergy sensitization index of 697, followed by Phoenix, Baltimore, Washington, D.C., and Boston–also very allergic spots to live in. Portland, Oregon, scored the lowest allergy index of the cities (562), making it the best metropolis in the US for allergy sufferers.  That’s something of an irony, given that mold is the fastest growing and most problematic allergy cited by the study, and Portland is about as damp a place as you can find on the continent. Yet the rate of allergy sensitization for mold was only eight in Portland, while super-dry Phoenix scored 19 for mold. The other top four places in terms of low allergy rates included Miami, Tampa, Detroit and Pittsburgh. Certainly one would expect Miami and Tampa to be mold magnets, given how hot and humid they are.

Perhaps the fact that damp places had low rates of those suffering from mold allergies attests to the fact that early exposure to potential allergens can, in some cases, prevent the development of allergic reactions later. Either that, or people with mold sensitivity just don’t move to Portland or Miami, or if they find themselves stuck there, they pack up and go elsewhere, like to Phoenix where they assume they’ll catch a break.

There’s nowhere in the US where you can escape allergens, it seems. Again, the study only tested for 11 allergens. Certain areas of the country have particular environmental allergens that haunt large segments of the population in season.2 Doheny, Kathleen. “Worst Allergy Cities in America for Spring Allergies.” Web MD. 26 July 2013. http://www.webmd.com/allergies/allergy-relief-10/worst-allergy-cities?page=1 In the Southwest, it’s juniper and sagebrush. In Hawaii, it’s VOG (air pollution caused by volcanic emissions). In New England, people suffer from birch and cedar pollens in the spring.  And in Southern states, pecan pollens, rye, and bluegrass cause the hordes to sneeze. Plus, the study didn’t look at rates of common allergies including sensitivity to seafood, bee stings, cockroaches, latex, and penicillin.3 “Allergy Triggers.” WebMD. 26 July 2013. http://www.webmd.com/allergies/guide/allergy-triggers

If allergies affect you, what can you do short of going the prescription antihistamine route? For one thing, you can go to a professional trained in either allergy elimination technique or provocation neutralization allergy treatment, both natural allergy remedies.  Both of these approaches theoretically get rid of allergies for good, and at least some people claim they really do work. Then, you can take proteolytic enzymes–which reduce triggering proteins in the blood, eliminating the cause of the allergic reaction, not to mention allergen overload. Also, it helps to supplement with probiotics, antioxidants, and local honey daily. Using digestive enzymes with every meal helps break down potential food allergens, thus neutralizing them.  And finally, detox your system to rid it of the circulating allergens that keep triggering you.