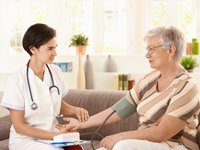 Women have a higher death rate from coronary artery disease than men and receive less thorough medical care for it than men,

When we worry about heart disease, most of our thoughts concern our male loved ones, especially those middle-aged guys who have put on a few pounds around the waistline and don’t exercise as much as they should.  After all, on television, almost everyone admitted to the emergency room for a heart attack is a man in his 40s or older.  Plus we hear plenty of news about celebrities such as James Gandolfini who die from heart attacks.  So it may come as a surprise to many people that it is actually women who have a higher death rate from coronary artery disease (CAD) than men.  But even worse, new research has found that women do not receive as thorough medical care for CAD as men do, which may account, in part, for their higher rate of fatalities.

The study, which took place at Ohio State University in Columbus, determined that while women have the same risk of developing CAD as men, they are not treated sufficiently either to prevent its progression or to improve cardiovascular health after a heart attack.1 Ellis, Marie. “Women and heart disease: more deaths, less care.” Medical News Today. 30 July 2013. Accessed 4 August 2013. http://www.medicalnewstoday.com/articles/264076.php   And sadly, this lack of care means women are ultimately more likely to experience a fatal heart attack than their male counterparts. The researchers analyzed more than 100 different studies on CAD to reach these conclusions.

In their compilation of studies on CAD, the scientists found that women admitted to a hospital for chest pain or shortness of breath are frequently not provided with the typical standard of care for men–blood thinners to prevent clotting and cardiac catheterization to examine the arteries and diagnose heart disease, which, if you’re going the medical route, is what you need.  In order to improve arterial blood flow when there is a blockage, men are more often given aspirin or beta-blockers immediately, while women are not.

Many of these discrepancies between the care provided to men versus that for women is likely due to physicians buying into the general perception that women are not likely to be sitting in their office with a serious heart ailment.  While it is true that men are more likely to experience heart trouble than women beginning around the age of 45, the risk for women rises around 55.  But that doesn’t mean we don’t all have potential risk factors for heart disease even at much younger ages.  Some of the major contributing factors include high LDL cholesterol, hypertension, diabetes, not enough fitness and exercise and being overweight2 “Understand Your Risk of Heart Attack.” American Heart Association. 20 October 2012. Accessed 6 August 2013. http://www.heart.org/HEARTORG/Conditions/HeartAttack/UnderstandYourRiskofHeartAttack/Understand-Your-Risk-of-Heart-Attack_UCM_002040_Article.jsp –not to mention more acidic body pH and higher levels of systemic inflammation.  Unfortunately, since all of these health issues are developing in younger populations, cardiovascular disease and heart attacks are becoming more prevalent at earlier ages as well.  However, many doctors–just like the general public–still do not expect to see women suffering from CAD, particularly if they are younger, so they may look to other potential problems as a diagnosis for their symptoms.

But the truth is that CAD is the number one cause of death in the United States for women as well as men.3 “Coronary Artery Disease.” Medline Plus. 2 August 2013. Accessed 6 August 2013. http://www.nlm.nih.gov/medlineplus/coronaryarterydisease.html   And the researchers found that certain risk factors make the condition one of the most dangerous women’s health issues than for men.  For instance, while obesity raises the likelihood of developing CAD for both genders, it increases the risk for women more–by 64 percent, compared to 46 percent for men.  And those women who have a heart attack due to a complication of CAD under the age of 50 have twice the risk that men do of it being fatal.  What’s more, those women over the age of 65 who have a heart attack face a 42 percent risk of dying within one year, versus 24 percent for men.

In reality, a major problem may be that much of the testing done to diagnose CAD may be more accurate for men than for women.  That is because women often develop CAD because of blockages in the microvasculature, or the network of tiny arteries around the heart.  Since a large blockage in a major artery is not the problem, as it often is in men, the CAD goes undetected and untreated.

This is another example of why it is always smart to be your own best advocate.  Do a little research, keep meticulous medical and family histories, and select doctors who are thorough caregivers and don’t devalue any symptoms bothering you.  Ultimately, your health is your own responsibility.  You can take good care of yourself with a healthy diet, regular exercise, and by paying attention to the signs your body provides when something’s not right.  To learn much more on the subject of keeping your heart healthy, check out Jon Barron’s Heart Health Newsletter entitled How to Prevent Heart Disease and his ground breaking series on the Anatomy and Physiology of the Cardiovascular System.