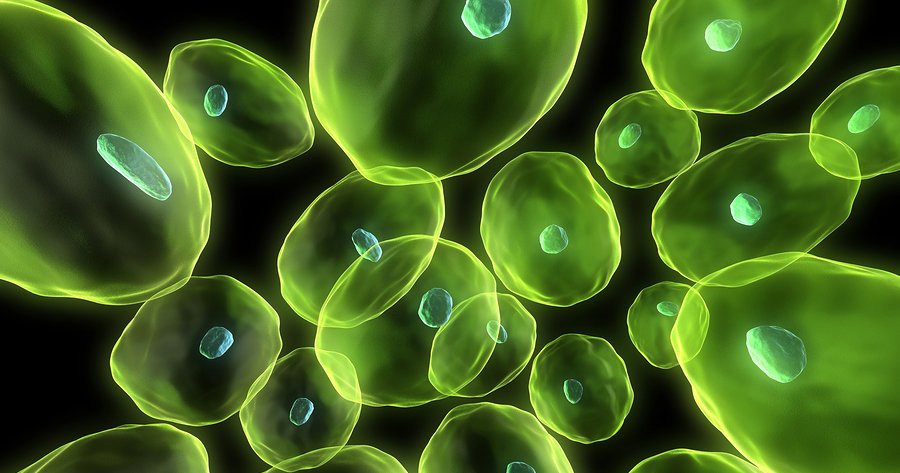 After nine months of lugging around a fetus inside their ballooning bodies, many women are ready for the final push and the cutting of the umbilical cord. But it turns out that long after the baby slides out of the birth canal, the mother still retains some of that baby’s cells. In fact, she may carry around cells that her fetus has shed for the rest of her life. Typically, those fetal cells will attach to her organs, becoming incorporated into her biochemistry, even though the cells have a different genetic make-up than her own.

Researchers have known for decades that fetal cells can leave the mother’s uterus and circulate within her body.1 Zimmer, Carl. “A Pregnancy Souvenir: Cells That are Not Your Own.” 10 September 2015. The New York Times. 10 September 2015. http://www.nytimes.com/2015/09/15/science/a-pregnancy-souvenir-cells-that-are-not-your-own.html This process is called “microchimerism,” the presence of a small cluster of cells from one individual living in a genetically different individual. Other sources of microchimerism may exist between two twins, or result from blood transfusions or transplants. It’s sort of equivalent to making a birthday cake that ends up containing chunks of your neighbor’s dessert in it, or like grafting an orange branch to a lemon tree.2 “Tissue microchimerism is increased during pregnancy: a human autopsy study.” Rijnink, E.C., et al. 24 August 2015. MHR. 10 September 2015. http://molehr.oxfordjournals.org/content/early/2015/08/24/molehr.gav047.abstract

So much for kicking the kids out of the nest. According to a new study just published in Molecular Human Reproduction, chances are excellent that if you’ve given birth, you still carry some of your kids’ cells inside of you even if those kids are grown and have become parents themselves. Most experts concur that microchimerism is nearly a universal phenomenon, although some scientists give more conservative estimates, believing it occurs only after 40% to 70% of births.

In this most recent study, researchers from Leiden University in the Netherlands autopsied 26 women who died shortly after giving birth to sons. They found Y (male) chromosomes in the kidneys, livers, spleens, hearts, brains, and most particularly, the lungs of all of the deceased women. Women should only have X (female) chromosomes, meaning that the Y chromosomes had been shed by the male fetuses and were hitching rides inside their mothers.

The cells with Y chromosomes were rare–about one cell out of every 1000 had the male genetic material–but they showed up in every tissue sample the scientists looked at. Earlier studies also have found that microchimerism is more the rule than the exception in women who have given birth.

What do the renegade cells do once they defect to the mother’s body? As noted above, they typically attach themselves to an organ. For instance, fetal heart cells find their way to the mother’s heart and beat along with her own cells. Lung cells become functioning lung cells and brain cells incorporate into the brain. While the cells sometimes exit the mother’s body over time, research in 2012 found Y chromosomes in 63 percent of the elderly mothers examined.

Microchimerism isn’t just for moms, by the way. It’s possible that you’re carrying around cells from your mom, too, because cells can pass from mother to baby during nursing. That means that if your mother was carrying your brother’s cells in her body, she could have passed those cells to you as well; you could have cells from all your older siblings.3 Martone, Robert. “Scientists Discover Children’s Cells Living in Mother’s Brains.” 4 December 2012. Scientific American. 10 September 2015. http://www.scientificamerican.com/article/scientists-discover-childrens-cells-living-in-mothers-brain Also, researchers have found evidence that individuals can carry cells from their grandmothers–from grandmother to mother to you–again because of the nursing exchange.

It’s stunning to think that the transcendent connection between mothers and their children may be based not just on love, but also on the fact that the kids may be literally part of their moms, and vice versa. What’s of particular interest to science–and the reason we’re actually writing this newsletter–is the fact that these foreign cells often appear to have protective health effects.

For instance, in a study conducted last year at the University of Connecticut Health Center, Dr. Louise McCullough investigated the effect of retained fetal cells in the case of stroke.4 Szabo, Liz. “Fetal cells remain in moms for years, affecting health.” 17 February 2014. USA Today. 12 September 2015. http://www.usatoday.com/story/news/nation/2014/02/12/fetal-cells-repair-strokes/5412383/ Using mice, she found that fetal cells actually might help mother mice in healing, acting as stem cells after a stroke occurred.  When blood clots blocked the flow of oxygen to the mouse’s brain, the fetal cells clustered in the area of the clot and started forming new blood vessel cells, opening the potential for blood to again flow to the brain if the cells successfully coalesced.

Likewise, an earlier mouse study found that microchimeric cells seemed to help restore heart tissue after cardiac arrest, and in a human study on diabetic children, researchers found that retained maternal cells in the children helped repair their insulin-producing cells.

Some experts believe that microchimeric cells help the body fight off cancer, too. It’s as if the body gets practice living with cells that are partly foreign when a mother has fetal cells within herself, and so when cancer cells arise in her body, the immune system already has practice dealing with a similar scenario.  Research has found that women who have breast cancer tend to have fewer microchimeric cells in their blood than women who do not have the disease, indicating that the cells might have a protective effect.

The effect even seems to extend to the brain. Autopsies reveal that women with Alzheimer’s disease have fewer microchimeric cells than women free of the disease. Researchers don’t yet understand this phenomenon, because there’s a strong correlation between multiple pregnancies and Alzheimer’s disease.

Fetal cells aren’t always a boon to health, though. There’s evidence that in some cases, the presence of fetal cells overstimulates the immune system and leads to autoimmune disorders such as lupus disease, rheumatoid arthritis, and thyroid conditions.5 Harth, Richard. “The alien within. Fetal cells influence maternal health during pregnancy (and long after).” 28 August 2015.  Arizona State University. 12 September 2015. http://www.sciencedaily.com/releases/2015/08/150828091354.htm  Those suffering from multiple sclerosis have a higher incidence of microchimerism than the population at large, as do those suffering from every form of thyroid disorder, including thyroid cancer. In fact, it does appear that the cells in some cases trigger, rather than protect against, cancer.

Whether the cells protect or hurt the mother seems to depend on where the tissue is lodged in the mother’s body and whether those cells initially are needed more by the mother or the developing fetus. As a paper from Arizona State University examining research on the subject says, “A review of existing data on fetal microchimerism and health suggests that fetal cells enter a cooperative relationship in some maternal tissues, compete for resources in other tissues and may exist as neutral entities–hitchhikers simply along for the ride.” The study of the phenomenon is wide open, and scientists suspect that as more becomes known on the subject, retained fetal cells may be useful in both healing and diagnosing women’s diseases.