What To Do About Pharmaceutical Drugs In Your Water 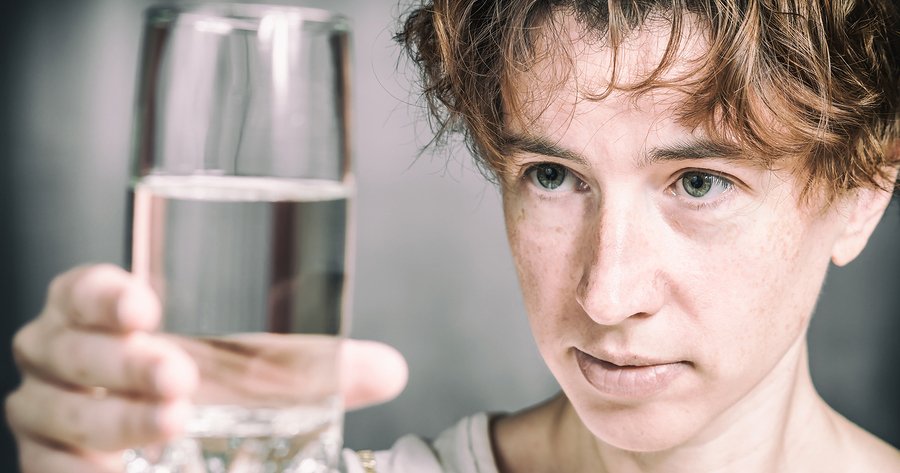 Last Sunday, I was talking about detoxing to a group of 1,400 at a Peak Potentials event. (Had a great time.) During the course of the talk, I mentioned the problem of pharmaceutical drugs in drinking water as being a reason to regularly detox. Maybe about 50 people in the room nodded their heads in understanding. The rest seemed surprised. They shouldn’t have been. This is old news. Although…

Just 5 hours after I gave my talk, a major AP news story broke about this exact same topic. Amazingly, they too presented it as breaking news — and the mainstream media picked it up and ran with it as such. But the truth of the matter is that the story here isn’t about pharmaceutical drugs in our drinking water; it’s that this news is being treated as a breaking story. How short memories seem to be. (1, 2, 3, 4)

In point of fact, the prevalence of pharmaceuticals in water is nothing new. During 1999-2000, the U.S. Geological Survey conducted the first nationwide investigation of the presence of pharmaceuticals, hormones and other organic contaminants in over one hundred streams in some thirty states. Ninety-five contaminants were targeted including antibiotics, prescription and nonprescription drugs, steroids, and hormones. Eighty-two contaminants were found in at least one sample. Eighty percent of the streams tested positive for one or more contaminants. Seventy-five percent tested positive for two or more contaminants. Thirteen percent contained an astounding twenty or more targeted contaminants. As I said, the AP story that seems to be ripping through the internet is hardly breaking news.

It should be noted that there is no widespread treatment used by municipal water treatment plants that removes these contaminants. Once these drugs enter the water supply, you end up drinking them unless you remove them yourself at your house. (More on that later.) Are the levels significant? Probably not significant enough to produce acute effects, but more than likely significant enough to produce subtle behavioral and reproductive changes. It’s worth noting that a subsequent 2005 US Geological Survey found that in some Potomac River tributaries nearly all of the male smallmouth bass caught were abnormal “intersex” fish. Well, then again, maybe not so subtle effects!

But back to the exciting news of the day! 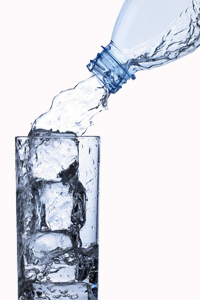 The Associated Press broke the story last week that they had just concluded a 5-month investigation that found that drinking water supplies of at least 41 million Americans  contain a vast array of pharmaceuticals — including antibiotics, anti-convulsants, mood stabilizers and sex hormones, albeit in very small amounts.

Despite these findings, water utilities insist that their water is safe since levels are far below medical dose levels — a fairly ballsy statement, considering that most utilities don’t even test for the presence of drugs in the water, and those that do won’t release the findings. For example, the head of a group representing major California suppliers said the public “doesn’t know how to interpret the information and might be unduly alarmed.”

Part of the problem is that the federal government doesn’t require any testing and hasn’t set safety limits for drugs in water. Of the 62 major water providers contacted in the AP study, only 28 municipalities tested their water for pharmaceuticals. Among the 34 that don’t are Houston, Chicago, Miami, Baltimore, Phoenix, Boston and New York City’s Department of Environmental Protection, which delivers water to 9 million people. Of those that do test, some test for the presence of just one or two pharmaceuticals — hardly comprehensive. And finally, the AP’s investigation also found that 28 of 35 watersheds that serve as the natural sources for most of the nation’s water supply are contaminated.

Although government authorities insist the water is safe, other experts aren’t so sure. The presence of so many prescription drugs — and over-the-counter medicines like acetaminophen and ibuprofen — in so much of our drinking water is heightening worries among scientists of long-term consequences to human health. Researchers don’t yet understand the exact risks from decades of exposure to combinations of low levels of pharmaceuticals, but recent studies have found alarming effects on human cells and wildlife. In the course of their investigation, the AP discovered that pharmaceutical drugs have been detected in the drinking water supplies of 24 major metropolitan areas — from Southern California to Northern New Jersey, from Detroit to Louisville, KY. Here are some of the key test results obtained by the AP:

And for those of you reading this who live outside the US, sorry. Contamination is not confined to the United States. More than 100 different pharmaceuticals have been detected in lakes, rivers, reservoirs and streams throughout the world. Studies have detected pharmaceutical drugs in waters throughout Asia, Australia, Canada and Europe — even in Swiss lakes and the North Sea. Studies in Germany, for example, in the late 90’s, found lipid-lowering drugs, antibiotics, analgesics, antiseptics, beta-blocker heart drugs, epilepsy drugs, and drugs serving as contrast agents for diagnostic X rays both entering and leaving sewage treatment plants and in river water. And at significant levels!

Where do the drugs come from?

Animals involved in intensive farming receive all kinds of antibiotics and hormones to prevent disease and increase growth rates. Cattle, for example, are given ear implants that provide a slow release of trenbolone, an anabolic steroid used by some bodybuilders, which causes cattle to bulk up. Unfortunately, studies have shown that up to 10 percent of the steroid passed right through the animals. As it turns out, about 40 percent of U.S.-produced antibiotics are fed to livestock as growth enhancers. Water sampled downstream of a Nebraska feedlot had steroid levels four times as high as the water taken upstream. Male fathead minnows living in that downstream area had low testosterone levels and small heads.

And as a side note, manure from these animals, which contains traces of such pharmaceuticals, is often spread on land where it can then wash off into surface water and percolate into groundwater.

Quite simply, people take drugs — both recreational and medicinal — and then eliminate it. When your next door neighbor takes chemotherapy drugs and then goes to the bathroom (either exit), any excess drugs not used by the body pass out with the waste, down through the toilet, and into the sewage systems. From there it goes to a sewage treatment plant, which cleans up the water. But most treatments do not remove all drug residues. That means it then either comes back to you directly as drinking water (Half of all people drink water that has been used at least once before. Don’t think about that too much.) or gets dumped into rivers where it’s picked up as part of the drinking water of the next town down the line. Add to that the anti-depressants used by the person who lives down the street, the excess caffeine from the energy drinks slugged down by the wired arbitrage lawyer across the road, not to mention the psychedelics used by her teenage son, and you start to get a sense of the problem.

And while researchers do not yet understand the exact risks from decades of persistent exposure to random combinations of low levels of pharmaceuticals, recent studies — which have gone virtually unnoticed by the general public — have found alarming effects on human cells and wildlife. Laboratory research has found that trace amounts of pharmaceuticals affect human embryonic kidney cells, human blood cells, and human breast cancer cells. The kidney cells grow too slowly; the blood cells show biological activity associated with inflammation; and the cancer cells proliferate too quickly.

The danger is less from any single drug found in a glass of water, than from trace amounts of multiple drugs found in multiple glasses of water drunk over multiple years. Dr. Francesco Pomati, out of the University of New South Wales, has shown that both human and fish cells are affected by drugs at concentrations routinely detected in surface waters. The danger according to Pomati is that water quality standards are actually fundamentally flawed because they look at individual chemicals. Unfortunately, when you mix a complex soup of chemicals together, even at very low concentrations, the toxicity can be very different.

As can be found on www.waterwarning.com:

The bottom line is that mounting evidence now indicates that the real danger to human beings lies in the mixtures of pharmaceutical drugs found in drinking water at low concentrations — consumed over time. And what kinds of danger are we talking about:

Is it possible that all the prescription hormones (birth control pills, HRT, growth hormones for farm animals, etc.) are having an impact on human development and health? Most assuredly! A hundred years ago, the average age of puberty for girls in the United States was 15-16. As recently as ten years ago, it had dropped to an astounding 8-9, which was then accepted as the new norm. But that norm lasted less than a decade as new studies indicate that it has dropped to 6-8 years old — with some girls even showing signs of puberty as young as age 3. And as for boys, the incidence of cryptorchidism (being born with testicles not fully descended) is now steadily increasing. Although low birth weight has traditionally been considered the major causative factor, it doesn’t account for the steady increase in incidence. In utero exposure to pharmaceutical grade xenoestrogens, on the other hand, does. (1, 2)

The release of antibiotics and antivirals into waterways and drinking water supplies is particularly worrisome. This turns the world’s water supply into both a witch’s cauldron for breeding super bacteria and viruses, as well as a totally self-integrated transportation network for carrying these super pathogens into every corner of the world — and to every person living in it. Drug resistant strains are developing faster than scientists ever thought possible. For example, until recently, Tamiflu (oseltamivir) was thought to be immune from this problem — and yet resistance was documented in 2005. Frighteningly, even in that article, scientists took solace in the fact that zanamivir was at least inviolate. Less than two years later, that little bit of consolation was gone as zanamivir resistant influenza strains had made their first appearance. Releasing a steady stream of every antibiotic and antiviral drug known into the world’s water supply can only accelerate this process.

First of all, bottled water does not necessarily avoid exposure. Many bottlers simply repackage tap water and do not typically treat or test for pharmaceuticals — this according to the industry’s main trade group. And even if the bottlers use “spring” water, as we have already seen, the pharmaceutical drugs in question have made their way into many rivers and aquifers. There is no safety in tap or bottled water. You need to treat the water that comes into your house to remove the chlorine, fluoride, chemical residues, heavy metals, bacteria, parasites, and pharmaceutical drugs in your water. And you need to remove all of these toxins not only at the tap where you drink, but also where you bathe and shower. So how do you do it? You really only have 4 choices.

Oh yeah, and one more thing, adding chlorine to the water, as is the wont of most municipalities, makes some pharmaceuticals even more toxic.