Never Eat Anything Bigger than Your Head 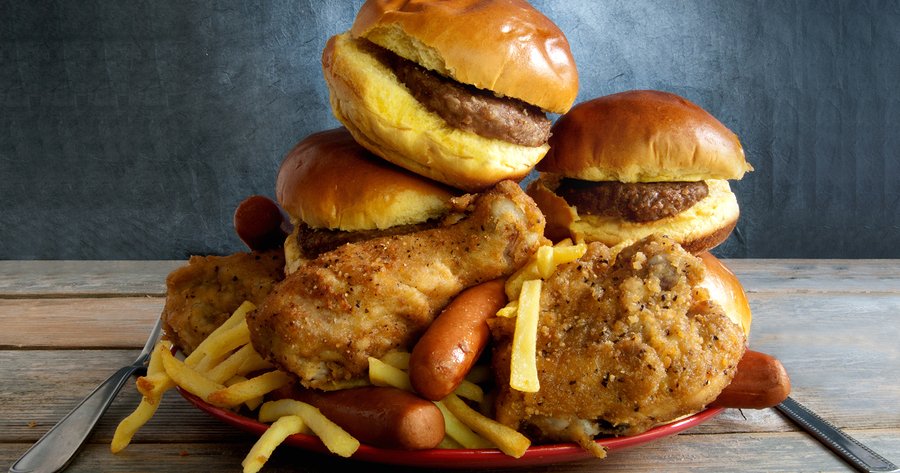 A recent study compared the serving sizes of meals depicted in paintings of the Last Supper to the sizes of the disciple’s heads in 52 of the best-known versions of the painting, including DaVinci’s. Understand what food portions have to do with disease prevention with this health blog!

In the ‘70’s, B. Kliban penned a cartoon that depicted a man at a restaurant being served by a waitress holding a platter filled with a huge, indecipherable mound of food. The caption was “Never Eat Anything Bigger Than Your Head.” Although it seemed wonderfully silly at the time, two scholarly brothers took the advice to heart and converted this dictum into methodology in a new study.

The brothers, Brian Wansink, a food behavior scientist at Cornell University, and the other, Craig Wansink, a professor of religious studies at Virginia Wesleyan College, married their two interests and set out to analyze the size offood portions in historical paintings of the Last Supper. Using computer technology, they compared the sizes of meals depicted in the paintings to the sizes of the disciple’s heads in 52 of the best-known paintings of the Last Supper, including the most famous one by Leonardo DaVinci. The analysis revealed that between the years 1000 and 2000, the size of food portions relative to the size of human heads grew by enormous amounts. (This is one case in which having a big head might be an advantage.) In any event, the main dish serving increased by 69% in the past millennium, the size of the plate grew by 66%, and the size of the bread portion grew by 23%.

Study leader Brian Wansink says this may mean that the “super-sizing” of food portions that we’ve seen recently may simply be “just a more noticeable part of a very long trend.” Dr. Wansink argues that over time, food has become much more available for much less money, with the result that portion sizes have gotten bigger and that cheap, available food is probably something we should celebrate.

Martin Binks, a behavioral health psychologist and a consultant at Duke University Medical Center, thinks that the study is “not very meaningful science.” (Do we really need an Ivy League psychologist to point out that comparing 1000-year-old servings of fish to dead heads is a bit screwy?) According to Dr. Binks, “We have real life examples of the increase in portion size — all you have to do is look at what’s being sold at fast-food restaurants.”

Sniping aside, the study does point out a real issue. Whether you go with Binks or the Wansink brothers, the most recent increases in portion sizes and their impact provide plenty of reason for concern. We are eating more now than ever, and eating more of the worst foods. As I’ve pointed out before, in 2003, the average person consumed 523 more calories on a daily basis than did the average person in 1970. (At 3,500 calories per pound of body weight, that works out to an extra pound gained per week. Wow!!) The average fast-food burger today is five times larger than when McDonald’s first started putting burgers to buns. Likewise, the average pizza slice has almost doubled in size in the past 20 years. And the old eight-ounce bottle of Coke has given way to 12-ounce cans and 20-ounce bottles.

In fact, everything food-related has gotten bigger in the past 20 years — from dinner plate sizes, which were typically 10 inches back then but now average 12 inches (a two-inch increase in diameter equates to almost a 50% increase in surface area) — to bagels, which have tripled in calories over the years from an average 120 calories 20 years ago to an average 350 calories today. (Oh, and don’t forget the cream cheese and butter you smear on that bagel.) Studies also show that we tend to eat what’s put before us — so bigger plates with double the surface area lead to much bigger meals. A recent analysis showed that the average American now pours 20 percent more breakfast cereal and 30 percent more milk than 20 years ago. And another 2008 study confirmed that serving sizes have increased not only at restaurants and fast-food places, but also at home. In fact, burgers cooked at home have increased in size even more in the past 20 years than have restaurant burgers.

One thing that these changes make clear is that the “trend” that the Wansink brothers point out seems to have accelerated dramatically in recent years. If the 1000-year difference in portion size is truly reflected in the 69% increase of the main dish depicted in the Last Supper paintings, perhaps as much as half of that increase has occurred since the 1950s.

All across the world, we are getting fatter and fatter, and the health consequences are considerable. They can include coronary heart disease, type 2 diabetes, cancers (endometrial, breast, and colon), hypertension (high blood pressure), dyslipidemia (for example, high total cholesterol or high levels of triglycerides), stroke, liver and gallbladder disease, sleep apnea and respiratory problems, osteoarthritis, and gynecological problems (abnormal menses, infertility, etc.). This does not touch on the emotional and psychological consequences of obesity, or on the economic impact of eating overly large portions.

In conclusion, I think it’s safe to say that B. Kliban was clearly onto something. For optimal health, you should never eat anything bigger than your head.