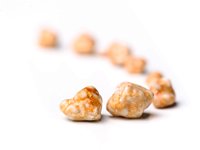 Like most gastrointestinal issues, gallstones are not an enjoyable condition to deal with.  While they might not be life threatening, they can produce painful attacks that include severe abdominal pain, nausea, and vomiting.  Obesity is a known risk factor for the development of gallstones.  And now, new research has determined that merely having an elevated body mass index (BMI), which indicates not only obesity but simply being overweight, may not just be associated with having gallstones but appears to be a contributing factor.

The study, which was conducted at the University of Copenhagen in Denmark, found that those with a high BMI are considerably more likely to develop gallstones than their peers with a BMI in the normal range.1 Nicholson, Debbie. “Causal link between higher BMI and gallstones.” Examiner. 12 July 2013. Accessed 15 July 2013. http://www.examiner.com/article/causal-link-between-higher-bmi-and-gallstones   A normal BMI ranges from 18.5 to 24.9, a BMI of 25 to 29.9 is considered overweight, and a BMI of 30 or higher falls into the category of obesity.  The research included 77,679 male and female adult participants.  They were followed for a period of 34 years.  Over the course of this time, 4,106 of the subjects were diagnosed with symptomatic gallstones.

The hazard ratio of a high BMI on developing gallstones was found to be 2.84.  Women were found to be at an increased risk for gallstone disease when compared to men.  But when the two factors–being a woman and being overweight–were combined, the subjects faced the greatest chances of having gallstones.  And the likelihood of gallstones increased by seven percent for every 1 kg/M2 increase in BMI, which is the weight and height measurement that determines the BMI.  In addition to gender, the other aspects the researchers determined had an influence on the probability of gallstones developing included aging, a more sedentary lifestyle, and use of hormone replacement therapy.

The vast majority of gallstones form when there is an excess of cholesterol in the gallbladder.  Not surprisingly, this is often a result of eating a diet containing a lot of fat and cholesterol and not enough fiber. A 2011 study at Aligarh Muslim University in India found that some of the major factors influencing the development of gallstones were a diet high in fat and refined sugar and low in fiber, a sedentary lifestyle, stress, and hypertension.2 Sachdeva, Sandeep; et al. “Lifestyle and Gallstone Disease: Scope for Primary Prevention.” Indian Journal of Community Medicine. October-December 2011. Accessed 16 July 2013. http://www.ncbi.nlm.nih.gov/pmc/articles/PMC3263145   What may be more surprising is that the statin drugs your doctor prescribes to help lower your cholesterol blood levels can produce an excessive amount in the bile, leading to gallstones.3 “Gallstones.” National Institute of Diabetes and Digestive and Kidney Diseases. 23 February 2010. Accessed 16 July 2013. http://digestive.niddk.nih.gov/ddiseases/pubs/gallstones   In any case, it is a very common condition, with an estimated 20 million Americans affected.

If you are diagnosed with gallstones and experience the gastrointestinal distress they usually create, your doctor will almost certainly recommend removing your gallbladder.  While this surgery can now be performed laparoscopically with small incisions and a much faster recovery than an open procedure, it is still surgery that requires hospital time and the use of anesthesia, all of which carries its own risk.  Plus, the patient often has continuing digestive problems even after the gallbladder has been removed.

Ultimately, if two of the greatest risk factors for developing gallstones are being a woman and having a high BMI, it would make sense to do something about the one of those that is in your control.  Recognizing that one of the most common women’s health issues is being more prone to gallstones should motivate you to try natural weight loss through dietary improvements and more exercise, as well as being on the lookout for symptoms.  And any amount of excess weight should be of true concern to men and women alike.  By losing weight, and therefore lowering your BMI, you can reduce your chances of getting gallstone disease, along with a bevy of other ailments such as diabetes and cardiovascular disease. Also, the regular use of a natural softening formula can help prevent stones from forming in the first place.  And doing a liver/gallbladder flush twice a year will help clean out the accumulation of bile and cholesterol, as well as any incipient gallstones, that have built up in the liver and the gallbladder.

If it is too late for prevention of gallstones, don’t rush to surgical treatment.  The same program of stone softening followed by a liver flush may offer for some a safe, natural alternative to surgery that can eliminate the gallstones along with the painful symptoms they are causing without resorting to the removal of an organ.

For much more information on the gallbladder, liver, and how to keep both clean and healthy, check out Jon Barron’s newsletter Healing the Liver and Gallbladder.