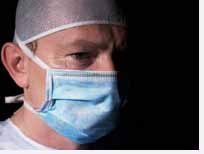 To be sure, over the years, I’ve tweaked medical doctors in my newsletters and blogs. But truth be told, unlike many in the alternative health community, I’m actually a huge fan of doctors — not so much the organizations that represent them — but the doctors themselves. Yes, there are doctors who are incompetent or unethical, but for the most part, the vast majority of medical doctors that I have met in my life are extremely competent, highly dedicated, and often even heroic. And make no mistake, no matter how into alternative health you are, there are times you absolutely need a doctor. If your name is John Wayne Bobbitt, you needed a doctor after your wife “altered” you, not an herbalist.

That said, when it comes to most catastrophic illnesses, medical doctors are clueless. They merely manage symptoms and push test numbers up and down. And when it comes to health and nutrition, for the most part, things are even worse; doctors are often arrogantly ignorant. On average, the typical doctor spends a total of 6-8 hours in their entire medical career studying health and nutrition — and yet they feel free to dogmatically pronounce on all aspects of diet and supplementation with less knowledge than any lay person who has read two good books on the subject. For shame!

the developed world, we have grown up trusting our doctors. They are frequently the heroes on our favorite TV shows, and we have largely turned over to them complete responsibility for our health. And yes, modern medical science has made incredible advances and contributions which have alleviated much pain and suffering. Surgical technique (the cutting apart and repairing of the human body) has made remarkable progress. Identification of germs that cause disease and improved sanitation, which aids in preventing that disease, have also seen epic achievements. Burn treatment, trauma, and emergency room care are nothing less than miraculous. When it comes to these areas of medicine, the value doctors bring to us is impossible to measure.

It occurred to me, it might be fun in this issue of the newsletter to examine some of medicine’s great achievements and see how they stack up when viewed with a skeptical eye. To do that, however, I needed to identify those discoveries that modern medicine takes the most pride in. It would be nice if there were a list of achievements of which the medical community was most proud of so I didn’t have to arbitrarily choose them myself. I cringe when the tables are reversed and the medical community evaluates alternative health supplements or procedures by setting up its own protocols for evaluation, and then dismisses the supplement based on that flawed protocol. An example would be evaluating the cancer benefits of laetrile as an isolated supplement, even though every clinic that claimed success with it used it as just one piece of a multi-faceted health protocol. Testing laetrile out of context, then, is like deciding that heart transplants actually involve two separate procedures:

And once you’ve made that false assumption, it would be easy to make another, that since they are separate procedures, you need to test them independently of each other — like deciding to test laetrile as a standalone supplement. But if you separate the pieces from the whole, it should not be surprising that the outcomes disappoint and that you come to the conclusion that heart removal by itself is 100% fatal and therefore should not be recommended in any circumstances. It’s nonsense obviously, as is most medical evaluation of alternative health protocols and supplements. In any case, I did not want to be accused of the same kind of hypocrisy by arbitrarily choosing a list of medical accomplishments that were handpicked by me so that I could trash them. Fortunately, the British Medical Journal solved my problem. Last year, it ran a survey among its readers (mostly doctors) to determine the biggest medical advancements of all time. (Thank you BMJ.) So, based on their list, here, with my comments on them, are the top ten.

But enough playing around. Let me list what I consider to be some of medicines greatest advancements… yet to come.

The medical hit parade according to Jonny Nostradamus

The role of medicine

As we look back, it is easy to see that modern medical science has indeed made incredible advances and contributions which have alleviated much pain and suffering — and will likely continue to do so as humanity stumbles into the future. However, in our exploration, we we have seen glimpses of medicine’s darker side– chinks in the armor of its accomplishments if you will. For now, though, let’s give medicine its due and leave on a high note. Congratulations to doctors and all they have done!

In our next issue, however, we will explore some of the less positive aspects of modern medicine’s “achievements.”