Slow Down Putting on Your Condom 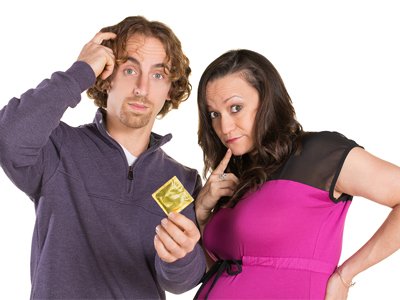 In the heat of the moment, many a passionate couple has hurriedly ripped open a wrapper and speedily wriggled a condom on. If you’re not thinking to yourself right now, “Why are they talking about this on a health blog,” then you’re probably thinking that it’s better that they took the time to do it quickly rather than not at all. But surprise, new research suggests it is actually quite risky to put a condom on in a rush because it increases the chance that the condom will not work properly.

The study, which was conducted at Boston Children’s Hospital and Harvard Medical School in Massachusetts, found that donning a condom hastily was linked to a variety of problems that could lead to infection with a sexually transmitted disease.1 Seaman, Andrew M. “Stop Rushing To Put On Your Condoms.” Huffington Post. 20 November 2014. Accessed 26 November 2014. http://www.huffingtonpost.com/2014/11/20/condom-problems_n_6192712.html The subjects were 512 sexually active men and women who were patients at five health clinics around the United States. They varied widely in age, from 15 to 65, and were nearly 60 percent female. Each participant maintained an online log of all of their sexual activity for a period of up to six months.

This established a large database of 8,856 occurrences of heterosexual vaginal sex during which condoms were used. As the scientists combed through the information that was gathered, they found that approximately seven percent of these encounters involved rushing to put on a condom. And within that segment of individuals who hurried to put on a condom, the volunteers reported that the condom slipped off or broke in approximately five percent of the encounters, and leaked even more frequently. In contrast, the rate of slippage and breakage was cut in half—at between two and three percent—when subjects said they were not feeling rushed. The leakage rate was three times higher in those who rushed versus the non-rushers.

What’s more, 22 percent of those who hurried to put on a condom admitted to only using the condom for part of their intercourse. Whereas, when the couple was not rushing to put on a condom, they reported only using it for part of the intercourse approximately 14 percent of the time. And interestingly, the researchers felt that this research on the topic of condom troubles might be more accurate than studies done in the past because earlier ones tended to focus mainly on what men had to say about recent sexual activity whereas the current study involved more women than men.

At any rate, condoms can be a very helpful method not only of birth control, but also of disease prevention. However, they are only effective if used correctly. When you put one on too hurriedly, you may not unroll it all the way to the base of the penis or you may create a tiny tear as you remove it from the packaging. As soon as that occurs, the risk of it breaking, leaking, or sliding right off during sex rises tremendously. Plus, if you don’t wear it for the entire act of intercourse, it will only protect against an unwanted pregnancy; it will do little to protect against the transmission of an STD. And even more troubling as it turns out, lots of people may not remember their high school health class lessons on how to properly put on a condom. A 2012 study at the University of Kentucky in Lexington determined in a meta-analysis that up to 25 percent of people admitted unrolling the condom before putting it on and between 25 and 50 percent don’t always leave room at the tip for the collection of semen.2 Sanders, Stephanie A.; et al. “Condom use errors and problems: a global view.” Sexual Health. 17 February 2012. Accessed 28 November 2014. http://www.publish.csiro.au/view/journals/dsp_journal_fulltext.cfm?nid=164&f=SH11095

The bottom line is that by incorrectly using a condom or rushing to get it on, you are increasing the chance that you become infected with a range of STDs, including gonorrhea, Chlamydia, and HIV. It also may raise the risk of infection from human papilloma virus (HPV), an extremely common problem that results in genital warts and is the leading cause of cervical cancer.

Ultimately, unless both you and your partner have been thoroughly tested for these diseases and are 100 percent monogamous, it is wise to err on the side of caution and always use a condom during sex. Don’t wait until you feel that the moment of climax is almost upon you to put it on because that’s clearly too late to put it on without rushing, not to mention the fact that waiting that long is probably already too late to prevent the transmission of a number of diseases. Make putting the condom on part of your foreplay. If you take your time to put it on carefully during each and every encounter, condoms should function to keep you free of sexually transmitted infections.