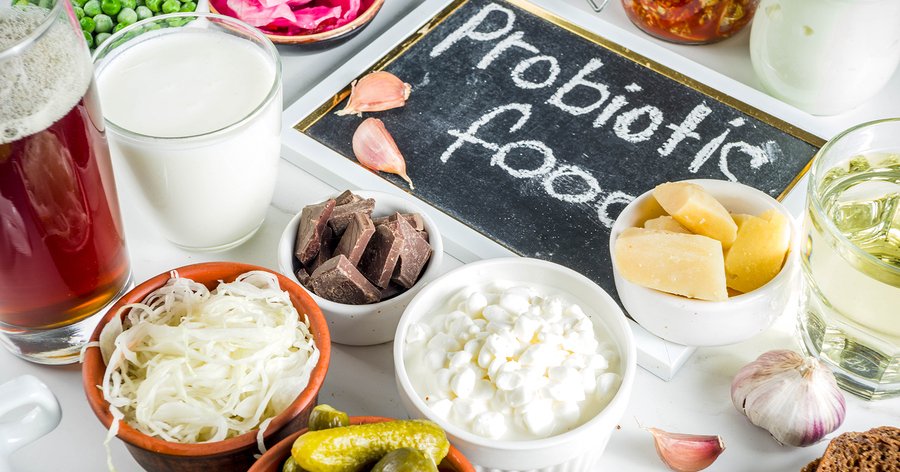 Foods that have undergone the fermentation process offer health benefits, but we haven’t understood the exact mechanism of how that happens. Now, a piece of that puzzle has been discovered through new research that explores the way fermented foods positively affect our immune cells.

The study, which was conducted at the University of Leipzig in Germany, found that receptors exist on human cells that recognize the bacteria in fermented foods and respond by bolstering the immune system.1Peters, Anna; et al. “Metabolites of lactic acid bacteria present in fermented foods are highly potent agonists of human hydroxycarboxylic acid receptor 3.” PLoS Genetics. 23 May 2019. Accessed 29 May 2019. http://journals.plos.org/plosgenetics/article?id=10.1371/journal.pgen.1008145. It is specifically the lactic acid bacteria present in fermented foods that produce a metabolite, D-phenyllactic acid, which binds to a receptor on the surface of human cells and triggers an immune response.

Interestingly, only humans and apes have been found to possess this particular receptor on cells—it’s our third receptor, whereas most animals have only two—and the investigators theorize that it might have developed as a form of evolutionary protection. It would allow our ancestors to eat foods, such as pieces of fruit or vegetables lying on the ground, that might have begun to decay.

Fermentation is an Ancient, Natural Process

Fermentation occurs naturally in foods when certain bacteria, such as yeast, begin converting carbohydrates into acids or alcohol. Although we have been conditioned to think of bacteria in our food as harmful, this is quite the opposite, as fermentation serves as a preservative and adds nutrients to food.

Not only does the fermentation process alter a food’s composition, but it changes the taste. Fermented foods tend to have a strong flavor. A few examples of fermented foods are sauerkraut, miso, kombucha, yogurt, kefir, and kimchi.

As the current research notes, fermented foods can boost the immune system. A 2010 study at the Food Science Institute in Kanagawa, Japan showed that regular consumption of fermented yogurt is associated with a lower risk of coming down with the common cold in elderly populations.2Makino, S.; et al. “Reducing the risk of infection in the elderly by dietary intake of yoghurt fermented with Lactobacillus delbrueckii ssp. bulgaricus OLL 1073R-1.” British Journal of Nutrition. October 2010. Accessed 30 May 2019. http://www.ncbi.nlm.nih.gov/pubmed/20487575.

One of the advantages of fermentation is that it encourages the growth of probiotics in food, which can promote the formation of more substantial colonies of beneficial bacteria in the gut and contributes to stronger immunity. As Jon Barron has said numerous times, “A well maintained intestinal biome comprises upwards of 80 percent of your immune function.” To learn more about why we all need to have a sufficient intake of probiotics through food and/or a high-quality natural supplement, check out “Do You Need to Take Probiotics?”

What’s more, a flourishing population of good bacteria in the gut also contributes to better digestive tract health. That means everyone should experience more regular bowel movements and less bloating and constipation. People with irritable bowel syndrome (IBS) may benefit even further as a 2018 study at the University of Copenhagen in Denmark found that the symptoms of IBS were less severe when patients consumed sauerkraut every day.3Nielsen, ES; et al. “Lacto-fermented sauerkraut improves symptoms in IBS patients independent of product pasteurisation – a pilot study.” Food and Function. October 2018. Accessed 30 May 2019. http://www.ncbi.nlm.nih.gov/pubmed/30256365.

If you are not accustomed to eating fermented foods other than maybe an occasional yogurt, add them to your diet a little at a time. While they are very safe to consume, the initial introduction of these bacteria—particularly when combined with fiber, as in kimchi—can cause an increase in gas or bloating in some people.

But don’t let that discourage you from increasing your intake of fermented foods. Take it slowly, introducing any new fermented foods in smaller quantities. And keep in mind that while fermented foods are naturally healthy, if you are buying them packaged in a supermarket, there may be other ingredients that aren’t so healthy. For example, flavored yogurts can have a lot of added sugar. So, just as you would with anything you’re purchasing, read those nutrition labels carefully. 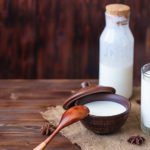