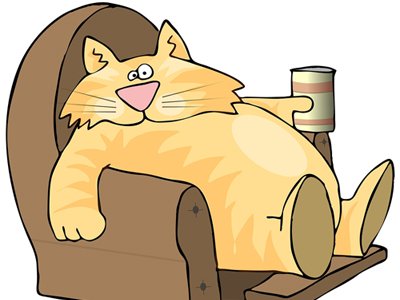 It’s a well-worn axiom that pets and their owners start to look alike after years together. In the case of heft, at least, it would seem the axiom is true. With 70 percent of all adults over the age of 20 overweight or obese and one out of every three kids over the age of six following suit, it makes sense in a twisted sort of way that our pets, too, would join the march toward obesity.1 http://www.cdc.gov/nchs/fastats/overwt.htm    And in fact, a new study from the Foundation for the Prevention of Pet Obesity has come to the shocking conclusion that more than half of the pets in the U.S. are overweight.

The Foundation conducts their pet-weight survey annually, and each year, pets get heavier, just like their human counterparts. Even worse, as the pets get fatter, their owners get more oblivious. Fewer than 12 percent of owners of overweight cats recognize that their feline is fat, and 53 percent haven’t a clue what a normal-weight cat should look like.5 “Latest Stats Show More Than 50 Million Overweight U.S. Cats: Purina® Cat Chow® “Why Weight?” Pledge Encourages Cat Owners To Check Their Cats For Extra Weight.” 8 April 2014. PR Newswire. 15 May 2014. http://www.prnewswire.com/news-releases/latest-stats-show-more-than-50-million-overweight-us-cats-purina-cat-chow-why-weight-pledge-encourages-cat-owners-to-check-their-cats-for-extra-weight-254338981.html Dogs must show their weight a bit more, because only 25 percent of owners of overweight dogs don’t know their pup has a problem, but still, that’s far too high a percentage. Maybe as overweight becomes the new normal among us humans, we don’t notice the extra pounds piling up on Fido or Garfield, either.

If owners simply can’t tell when their pets have gotten too chunky, what can they do? Dr. Susan Nelson, a clinical professor at the Kansas State University Veterinary Health Center, suggests checking your pets when they’re wet to make sure they have an hourglass shape rather than a level belly. She says they should have just a thin layer of fat over their ribs. If you rub your hand over your pet’s ribs, it should feel the way it feels to rub your fingers over your own knuckle.

Overweight pets risk most of the same health issues that overweight humans suffer. According to Dr. Nelson, “[Excess weight on pets] can aggravate joint disease. It can lead to Type 2 diabetes. It can aggravate heart conditions, and it can lead to skin diseases as folds in the pet’s skin get bigger. It can even shorten their life span.” Plus, pets can get obesity diseases specific to their species. For instance, they can develop skin infections in fat folds they can’t reach to clean. Also, they’re at risk of developing an inflamed pancreas, a too common but dangerous and even potentially fatal condition.

Many experts say the culprit is overly rich table scraps; but in fact, experts disagree on just what is making pets fat, although most agree that lack of exercise and too many treats are significant factors. It stands to reason that if owners don’t exercise themselves, pets won’t get exercised either. While owners lounge on the couch, the pets curl up next to them, looking cute and hoping for a biscuit. But most pets need at least 30 minutes of exercise daily, as do we. In fact, many pets need a lot more. While walking or running a dog a few times a day is an obvious solution for canines, cats present special problems. Some cats naturally take to sloth given half a chance, so they need to be inspired to hunt or play games. You can drag a string or toy across the floor to encourage chasing, or hide food throughout the house for the cat to find to get them to at least move a little.

That said, veterinarians agree that we’re overfeeding our pets, plain and simple. “No animal goes to the refrigerator or the pantry and helps themselves,” says Dr. Steve Budsberg of the University of Georgia College of Veterinary Medicine. (Obviously, Dr. Budsberg never met my Giant Schnauzer, who, in fact, figured out how to open the refrigerator–but that’s another story.)  His colleague Dr. Ihor Basko, a natural veterinarian in Kauai and author of Fresh Food and Ancient Wisdom, a pet nutrition book, points out that some owners believe that pets will only eat as much as they need to, so they do on-demand feeding, leaving kibble out all day. Surprise– many pets will eat way past the point of necessity. Also, owners often neglect to use a measuring cup when feeding their dogs, and so they end up dishing out extra. Other vets point out that when owners switch from one brand of kibble to another, they neglect to notice caloric differences. Giving a cup of kibble from a low-calorie brand might work, they say, but a cup from a high-calorie brand can be a recipe for the fat farm.

The experts also say we’re giving our pets too many treats. If you ate a few big cookies a day, certainly it would show on your waistline, and the same goes for giving your pet daily biscuits. According to veterinarian Dr. Donna Spector, “A premium pig ear on average has about 230 calories. If you give this pig ear as a treat to a 40 pound dog (who should be eating around 620 calories each day), it is the same as a person (on a 2300 calorie diet) eating 2 double cheeseburgers as a treat in addition to their normal meals.”6 Spector, Donna. “Canine Obesity–Fun Facts.” Halo Purely for Pets. 15 May 2014. http://www.halopets.com/pet-education/pet-articles/canine-obesity-fun-facts.html Instead of rewarding your pet with junk food from the table or the high-calorie biscuit from the box, veterinarians suggest using low-calorie vegetables such as raw carrots or broccoli.

As for the eating-too-much problem, most vets say the table scrap issue is at least partially to blame.  As cited above, certain fatty table foods such as chicken skin and gravy can cause pancreatitis, plus, they don’t help the pet waistline. Again, it’s a common mistaken belief that pets can handle such fatty foods, but they can’t.

But Dr. Basko disagrees. “It’s not the table scraps,” he says. “Lots of dogs stay fat just eating their dry food. It’s the carb foods, not the fatty foods, that both dogs and cats get fat on.  Cats are carnivores and do not have the enzymes to digest and break down carbs efficiently.  Dogs are descended from carnivores and do not have as many enzymes as humans to break down carbs.” On the other hand, he says that carbohydrate-foods that are rich in fiber, such as vegetables and whole grains, can be good for a dog in small quantities as they actually support the growth of “fat-eating bacteria” in the gut. But the pure processed grains or flours that make up dry food certainly are not healthy, either for humans or dogs, and they will lead to significant weight gain.

The issue is even more pronounced for cats. As mentioned above, cats lack the necessary enzymes to break down almost any carbohydrates, and dry cat food is too carbohydrate heavy. “Whether a dry food is “grain free” or not,” Dr. Basko says, “it takes flour to make dry food for both cats and dogs.  With a carbohydrate content of 40 or more percent, most cats will eat too much of it and will become overweight.”

Other issues include the fact that many dogs are naturally borderline hypothyroid, a condition that leads to weight gain, among other issues. This problem gets exacerbated by over-vaccination, certain veterinary drugs, and lack of necessary minerals and vitamins. Plus, after neutering and spaying, the animals have fewer endocrine hormones to help them regulate their metabolisms. Finally, Dr. Basko points out that hormones and antibiotic residues in commercial beef affect digestion and food metabolism, making animals prone to weight gain.

To keep your pet healthy and at an appropriate weight, Dr. Basko says, you would do well to cook for your pets and to avoid dry food altogether. For more information, refer to Dr. Basko’s blog7 http://www.drbasko.com/site/blog/ or Facebook page,8 http://www.facebook.com/drbasko or the Truth About Pet Food website.9 http://truthaboutpetfood.com/

Gallery image with caption: Give Your Cat a Hug Today!

Gallery image with caption: Is Love More Important to Health than Food? 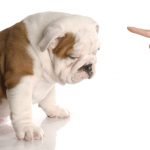