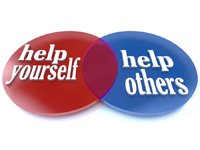 Most people who choose to spend hours of their time volunteering have very good hearts, figuratively speaking.  Now, according to recent research, that may be literally true as well.  A study has found a link between being a committed volunteer and having a lower risk of hypertension, or high blood pressure.

The research, which was conducted at Carnegie Mellon University in Pittsburgh, Pennsylvania, showed that middle-aged and older people have a lower instance of hypertension when they devote time to helping others through volunteerism.1 Preidt, Robert. “Volunteering Really May Be Food for the Heart.” WebMD. 14 June 2013. Accessed 16 June 2013. http://www.webmd.com/heart/news/20130614/volunteering-may-be-good-for-the-heart-in-more-ways-than-one The participants were more than 1,100 individuals between the ages of 51 and 91.  They met with the scientists in 2006 to answer questions about any volunteer work they performed and their blood pressure was measured.  Every subject was found to have blood pressure in the normal range at that point.

The subjects were seen for a follow-up four years later in 2010, at which time they were asked again about their volunteering participation and had their blood pressure levels re-checked.   Those who reported participating in volunteer work for a minimum of 200 hours each year during the initial meeting in 2006 were determined to be 40 percent less likely to end up with elevated blood pressure at the second meeting than their peers who had not been volunteering.  Interestingly, the type of volunteering the subjects were involved in did not make any difference.  The only factor that lessened the risk of high blood pressure was spending the requisite 200 hours each year in a volunteer capacity of one type or another.

Although the study was not designed to prove that volunteering keeps blood pressure at a healthy level, the findings were certainly significant enough to establish a suggested link between the two.  It is not clear exactly why volunteering has this beneficial natural heart health effect on seniors and retirees, but it’s quite possible that it has to do with improving the quality and quantity of their social interaction opportunities, making them happier and lending a purpose to their lives once again.  Studies have long shown social interaction can have a positive effect on blood pressure.  Research at the University of Pennsylvania in Philadelphia in 1983 found that even time spent with a friendly dog can lower blood pressure levels.2 Friedmann, Erika; et al. “Social Interaction and Blood Pressure: Influence of Animal Companions.” The Journal of Nervous and Mental Disease. August 1983. Accessed 18 June 2013. http://journals.lww.com/jonmd/Abstract/1983/08000/Social_Interaction_and_Blood_Pressure__Influence.2.aspx

As people age, they frequently tend to become more isolated.  Retiring from work often means not knowing how to fill the days, children move away and are busy with their own careers and families, and the death of a spouse or friends leaves a huge void.  A lack of regular social interaction was found to cause depression in senior citizens in a 2009 study at the Defence Institute of Psychological Research in Delhi, India.3 Singh, Archana and Misra, Nishi. “Loneliness, depression and sociability in old age.” Industrial Psychiatry Journal. January-June 2009. Accessed 18 June 2013. http://www.ncbi.nlm.nih.gov/pmc/articles/PMC3016701   And loneliness was shown in a 2010 study at Brigham Young University in Provo, Utah, to increase a person’s chance of developing chronic inflammation–and in turn the diseases it can cause–to the point where its influence on mortality rates is as great as that of smoking.4 Holt-Lunstad, J.; et al. “Social relationships and mortality risk: a meta-analytic review.” PLoS Medicine. 27 July 2010. Accessed 18 June 2013. http://www.ncbi.nlm.nih.gov/pubmed/20668659

It would appear that volunteering may be the solution to a number of problems.  By building better social connections and warding off isolation, it may help older individuals avoid both mental and physical problems.  In addition, worthy causes and institutions can benefit greatly from the time these seniors can devote to volunteering for them.  And finally, this aging population can get a major health boost by keeping their blood pressure levels in the normal range.  According to the Centers for Disease Control and Prevention in Atlanta, Georgia, one in every three American adults has hypertension.5 “High Blood Pressure Frequently Asked Questions.” Centers for Disease Control and Prevention. 20 March 2013. Accessed 18 June 2013. http://www.cdc.gov/bloodpressure/faqs.htm#4   High blood pressure is a risk factor for the development of cardiovascular disease, stroke, heart attack, and even kidney failure.

Once a patient is diagnosed with hypertension, most doctors will recommend making some lifestyle changes such as losing weight and starting an exercise regimen.  But often, they do not even wait to see whether these changes will be successful in lowering blood pressure to the normal range before they begin prescribing medication.  And although these pharmaceuticals may keep blood pressure down, they do not treat any underlying causes.  Plus they offer serious side effects including fatigue, insomnia, impotence, and much, much more.6 “Types of Blood Pressure Medications.” American Heart Association. Accessed 18 June 2013. http://www.heart.org/HEARTORG/Conditions/HighBloodPressure/PreventionTreatmentofHighBloodPressure/Types-of-Blood-Pressure-Medications_UCM_303247_Article.jsp

If volunteering can help maintain blood pressure levels without the use of medication, keep people busy and socially active, and help others all at the same time, it would appear to be a no-brainer to get involved.  No need to wait until retirement age, either.  There are plenty of opportunities available, and volunteering is an all-around good habit to start and stick with.

For more on blood pressure, check out Jon Barron’s podcast.