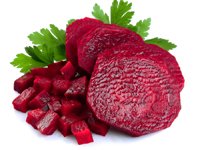 Women who have premenstrual syndrome, commonly known as PMS, often suffer in silence.  When they do seek help, doctors may steer them toward either over-the-counter medications such as ibuprofen or give them prescriptions for birth control like synthetic-hormone pills to relieve symptoms, but all of those pharmaceuticals come with their own side effects and potential for harm.  It’s a shame, because there are a number of natural pms relief therapies that can not only treat the symptoms, but actually deal with their causes.  One recent study, in fact, suggests that natural PMS relief is among the health benefits of iron in the diet.

The research, which was conducted at the University of Massachusetts at Amherst, found that women consuming large quantities of plant-based foods that are high in iron are much less likely to have PMS.1 Gordon, Serena. “Iron-Rich Diet Might East PMS Misery.” Web MD. 26 February 2013. Accessed 4 March 2013. http://women.webmd.com/news/20130226/iron-rich-diet-might-ease-pms-misery   In fact, their chance of having PMS is 33 percent lower on average than those of their peers who eat less iron-rich plant-based food.  The study was based on data obtained from approximately 3,000 women taking part in the Nurses’ Health Study II.2 “The Nurses’ Health Study.” Harvard. Accessed 5 March 2013. http://www.channing.harvard.edu/nhs/?page_id=70   Over a 10-year period, the participants were provided with questionnaires about their eating habits on three separate occasions.

None of the subjects had PMS at the onset of the research, but ultimately, 1,057 of the women developed PMS, while 1,968 did not.  The scientists compared the diets of the women who began exhibiting symptoms of this condition during the time frame with their counterparts who remained symptom-free. As the researchers began to analyze the specifics of the subjects’ diets, they discovered differences related to several nutrients.

The most pronounced benefit by far was the effect of non-heme iron, which comes from foods such as lentils, beans, beets, and spinach, rather than that from red meat.3 “Dietary Supplement Fact Sheet: Iron.” National Institutes of Health. 24 August 2007. Accessed 5 March 2013. http://ods.od.nih.gov/factsheets/Iron-HealthProfessional   Those participants who ate the most non-heme iron had a 40 percent lower risk of developing PMS than that of the volunteers eating the least of it.  PMS risk declined as the amount of iron in the diet increased, with a considerable reduction for those getting at least 20 mg of iron per day.  The subjects taking in close to 50 mg of iron per day had the lowest risk of everyone in the study.

These findings were reached after the scientists controlled for other dietary factors and influences, but they could not pinpoint why iron may have a protective effect against PMS.  One theory is that iron can increase the levels of serotonin in the brain.  This “feel good” chemical helps protect us from depression.  In fact, a 1997 study at the Massachusetts Institute of Technology found a strong enough association between serotonin and PMS that it lead to the patent for using Prozac for the treatment of the condition.4 Wurtman, Judith. “MIT researchers patent use of Prozac to treat PMS.” Massachusetts Institute of Technology. 17 June 1997. Accessed 5 March 2013. http://web.mit.edu/newsoffice/1997/pms.html   That “breakthrough” aside, the current research still doesn’t really explain why the numerous physical manifestations of PMS, including abdominal bloating, breast tenderness, and appetite surges, are less prevalent when iron is increased. Of course, one contributing factor for menstruating women could be chronic fatigue. Low iron levels may be an under-recognized reason for fatigue in pre-menopausal women because of the monthly loss of blood during the menstrual cycle. Women of childbearing age need 18 milligrams of iron per day; however, the average woman only consumes 12 to 13 milligrams per day. Fatigue and underdeveloped blood cells could easily account for depression, not to mention several of the other related symptoms.

While most of the sources of non-heme iron are healthy and beneficial to the body in a variety of ways, and avoiding PMS is a nice perk for all premenopausal women, it is definitely important not to overdo it on the iron intake.  Higher levels of iron in the diet may help with PMS, but they can also result in hemochromatosis, an excess of iron within the liver, pancreas, and other vital organs.5 Hathaway, William. “The Danger of Too Much Iron.” Los Angeles Times. 7 October 2002. Accessed 5 March 2013. http://articles.latimes.com/2002/oct/07/health/he-iron7   Too much iron can do permanent, serious damage, and may lead to the development of diabetes, arthritis, cirrhosis, and impotence.

As with so many things in life, a person’s intake of iron seems to dictate striving for moderation.  It is certainly necessary and beneficial to both men and women, but too much does more harm than good.  Make an effort to keep tabs on your iron consumption, upping the healthy non-heme options and cutting back on the red meat sources that are also high in fat and cholesterol.  Save the supplements for times that you know you have not been eating enough iron-rich food.  And you can always play it safe by adding a bio-identical hormone balancing formula to your health arsenal to counteract any PMS symptoms not managed by dietary iron, not to mention a wide variety of related problems that begin to affect all of us as we get older.