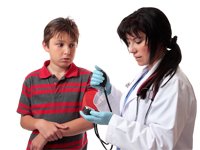 High blood pressure is a dangerous condition with well established links to heart disease and strokes.  There is also evidence that it can harm brain function by causing blood clots and weakening the blood vessels.1 “High blood pressure .” Mayo Clinic. 21 January 2011. Accessed 8 November 2012. http://www.mayoclinic.com/health/high-blood-pressure/HI00062  Now, new research takes that information one step further by linking only slightly high blood pressure to declines in cognitive function and brain aging in people who are not even middle aged and show no signs “yet” of any mental difficulties.2 Blue, Laura. “High Blood Pressure a Danger for People as Young as 40.” Time. 2 November 2012. Accessed 8 November 2012. http://healthland.time.com/2012/11/02/high-blood-pressure-a-danger-for-people-as-young-as-40/

The study, conducted at the Alzheimer’s Disease Center of the University of California, Davis, analyzed the records of blood pressure measurements and brain imaging scans of 579 adults.  All of these subjects were between the ages of 19 and 63 and part of the long-running Framingham Heart Study.  The researchers focused on the systolic readings, which are the top number in the reading used to measure the flow of blood through arteries with each heart beat.3 “What Are High Blood Pressure and Prehypertension?” National Institute of Health. Accessed 9 November 2012. http://www.nhlbi.nih.gov/hbp/hbp/whathbp.htm (The lower number, the diastolic reading, measures the pressure between beats.) In participants with higher systolic blood pressure levels, the white matter of the brain was affected structurally and the grey matter was shown to lose volume.

While these changes “appear” relatively minor, over time they actually add up to a major difference.  According to the scientists, a 40-year-old with elevated blood pressure measurements only in the prehypertensive range may have a brain that has aged structurally 7.2 years more than a person the same age with blood pressure in the normal range.  Not only do these differences in anatomy decrease the brain’s ability to optimally function, but they even appear in those with blood pressure levels considered normal when only the systolic reading is even marginally elevated.  And in all cases, the higher the systolic reading, the more injurious the changes that were taking place in the brain.

These brain aging alterations appear very similar on the scans to those found in senior citizens who are at greater risk for developing cognitive deficiencies and signs of dementia.  The only difference is the age of the population being considered, with these types of changes known to be much more common among the elderly…until now.  Hypertension would seem to advance brain aging so that even the brains of people in early middle age will more closely resemble those of someone their parents’ age than those of their own peers with lower blood pressure.

So, where do you fall on the blood pressure spectrum?  If you don’t know your readings, it is clearly worthwhile to ask your doctor at your next check-up.  The sad truth is that high blood pressure is a huge health issue and an ever-growing problem.  It is believed that 68 million Americans–or one in every three adults–are already hypertensive, with the degree of hypertension tending to increase as we age.4 “High Blood Pressure Frequently Asked Questions.” Centers for Disease Control and Prevention. 13 March 2012. Accessed 9 November 2012. http://www.cdc.gov/bloodpressure/faqs.htm#4   Now that more and more people are suffering from hypertension at younger ages, brains are likely receiving blood-pressure related damage for many years longer in a prolonged and worsening pattern.  It is no surprise, then, that the rates of dementia and other forms of cognitive damage have gone up in recent years and are expected to double around the world in less than 20 years, according to the World Health Organization.5 Jordans, Frank. “Dementia Cases Expected to Triple Worldwide by 2050:WHO.” Huffington Post. 11 April 2012. Accessed 9 November 2012. http://www.huffingtonpost.com/2012/04/11/dementia-worldwide-2050-triple_n_1417554.html

A normal blood pressure reading is considered to be below 120/80 mm Hg.  An in-between category, known as prehypertension, is a level ranging from 120/80 to 139/89 mm Hg.  Full blown hypertension is recognized as any reading over 140/90 mm Hg. But, this study shows that, for systolic blood pressure at least, even prehypertensive readings may be dangerous.  And others have found that those who are “only” labeled with prehypertension have greater health risks than people with normal blood pressure levels as well.  For instance, a 2011 study at the University of California, San Diego, found that those with prehypertension, which has been considered a generally safe situation when monitored, actually have a 50 percent greater risk of having a stroke than those with normal blood pressure.6 Lee, M., et al. “Presence of baseline prehypertension and risk of incident stroke.” Neurology. 28 September 2011. Accessed 9 November 2012. http://www.neurology.org/content/77/14/1330.abstract?sid=17dc5048-8d9f-4019-a433-53b54a8bc2c1   Even being just a point or two above normal increases the threat.

If your blood pressure is above normal–even if it is only just reaching into prehypertension–take matters into your own hands to lower it.  Your doctor will most likely recommend a pharmaceutical solution, which will treat your symptoms without solving the root cause.  Instead, you can opt to lose weight if you are carrying any excess pounds. That will reduce the burden on your entire cardiovascular system. In addition, you can use natural herbs such as hawthorn, garlic, and cardamom, which have all been shown to have a positive effect on blood pressure levels.7 Geib, Aurora. “7 medicinal herbs and spices that help lower blood pressure.” Natural News. 26 April 2012. Accessed 9 November 2012. http://www.naturalnews.com/035689_medicinal_herbs_spices_blood_pressure.html And for a better understanding of exactly what causes high blood pressure and how to reduce it naturally, check out Jon Barron’s newsletter on Arteries and Veins. 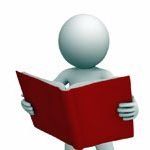