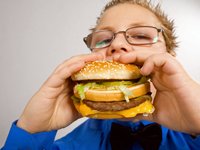 Fast food restaurants (using that last word loosely) seem to be ubiquitous in America.  While you do see an occasional fast food establishment in other countries, in the United States, these places seem to be on practically every corner.  And, perhaps because of their easy availability, they are quite a big part of many people’s regular meal fare.  In fact, recent research found that on average, U.S. adults consume more than one-tenth of their daily calories by eating fast food.1 Paddock, Catharine. “Fast Food Accounts For More Than 11% Of Americans’ Daily Calories.” Medical News Today. 22 February 2013. Accessed 28 February 2013. http://www.medicalnewstoday.com/articles/256732.php

The study took place through the Centers for Disease Control and Prevention in Atlanta, Georgia, where researchers analyzed American fast food consumption statistics and other information obtained by the larger National Health and Nutrition Examination Survey (NHANES).2 National Health and Nutrition Examination Survey.” Centers for Disease Control and Prevention. 28 February 2013. Accessed 1 March 2013. http://www.cdc.gov/NCHS/nhanes.htm   The latest survey results cover the years between 2007 and 2010.  By poring over the data generated from more than 11,000 volunteers, the researchers found that an astounding 11.3 percent of the average adult’s daily caloric intake was derived from fast food.  This was based on interviews with the subjects in which they self-reported where the food they consumed over the past day had been purchased. And keep in mind, that’s an average that includes many people who eat “no” fast food. That means that a whole lot of people in the survey go way beyond 11.3 percent.

The one bright spot in these findings is that Americans’ fast food consumption has decreased slightly.  Yes, 11.3 percent of our daily calories is actually lower than what it was in the previous NHANES research.  For that time period, which covered from 2003 through 2006, it seems that 12.8 percent of our calories came from fast food.

Interestingly, socioeconomic status was not an influence on American fast food consumption statistics in most cases, as all of the subjects were approximately equal in their average caloric intake from fast food, no matter what their income. Only when the scientists further narrowed the category by age did any disparity arise.  Surprisingly, it was not the wealthier older individuals who ate less fast food, but the wealthier young adults who were adding fewer calories from fast food.

It was not exactly shocking that obese participants consumed a higher portion of their daily calories from fast food than those at a healthy weight.  And it’s certainly possible that this particular statistic skews the results to some extent, at least.  Because such a large number of adults in the United States are obese today–the latest figure stands at 35.7 percent3 “Overweight and Obesity in the U.S.” Food Research and Action Center. 2010. Accessed 1 March 2013. http://frac.org/initiatives/hunger-and-obesity/obesity-in-the-us –if the study portrays a fairly representative sampling of adults across the country, it stands to reason that a similar percentage of those interviewed would be obese.  Therefore, if this third of the group is getting more than roughly 11 percent of their daily calories from fast food, then at least the other two-thirds would be somewhat lower.  On the other hand, though, since this study is based on the participants’ admissions of their recent diet, it is entirely possible that even more fast food was consumed than what was reported.  Some individuals might fudge their consumption totals out of embarrassment or just lack of awareness. After all, 2012 data from the Pew Research Center shows that 50 million Americans are served daily at fast food restaurants across the nation, and 44 percent of us admit to eating it once a week.4 “Fast Food Statistics.” Statistic Brain. 19 March 2012. Accessed 1 March 2013. http://www.statisticbrain.com/fast-food-statistics

As noted earlier, fast food joints are just about everywhere, and a 2009 study at the University of Michigan in Ann Arbor, found that living in close proximity to one increases a person’s risk of stroke by 13 percent.5 “Study: Proximity to fast-food restaurants linked to stroke risk.” CNN. 20 February 2009. Accessed 1 March 2013. http://www.cnn.com/2009/HEALTH/02/19/stroke.fast.food   If all the fast food eaters could ignore the convenience factor and stop frequenting them daily, the U.S. would be a much thinner, healthier place. Then again, finding fresh, reasonably priced, healthy food that’s within walking distance in many city environments (remember, many city residents do not own a car) can be extremely difficult. 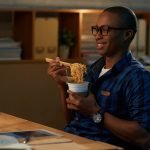 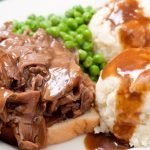