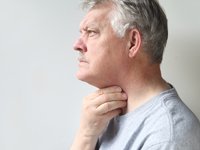 “I told my dentist my teeth are going yellow.  He told me to wear a brown tie.” –Rodney Dangerfield

Practicing good dental hygiene is important to maintain those pearly whites and prevent tooth loss and gum disease.  But oral health goes beyond cosmetic appearance and the health of the mouth alone.  The oral cavity has been shown to have an influence on disease in other parts of the body, and now the latest research has found that those with dental health issues are at higher risk for developing an oral infection with the human papilloma virus (HPV) and subsequent oral cancer.

The study, which took place at the University of Texas Health Sciences Center in Houston, determined that problems of the teeth and/or gums may be a factor in the likelihood of acquiring HPV of the oral cavity as well as various types of oral cancer.1 Sifferlin, Alexandra. “How brushing your teeth lowers your risk of cancer.” CNN. 23 August 2013. Accessed 29 August 2013. http://www.cnn.com/2013/08/23/health/brush-teeth-prevent-cancer/index.html   The subjects were more than 3,400 adults ranging in age from 30 to 69 who had participated in the 2009-2010 National Health and Nutrition Examination.  Each of them was asked to provide information on several aspects of their health, which included questions about their dental well-being and whether they were positive for HPV.  The results showed that those volunteers who deemed their oral health poor were 56 percent more likely to have an HPV infection compared to their peers with good oral health.

While it has long been established that HPV causes such sexually transmitted diseases as genital warts and can be responsible for cervical cancer, it was linked with oral cancers much more recently.  There are estimated to be approximately 8,400 new diagnoses of HPV-related oropharyngeal cancer in the United States annually, with about three-quarters of these occurring in men.2 “Sexually Transmitted Diseases.” Centers for Disease Control and Prevention. 25 July 2013. Accessed 30 August 2013. http://www.cdc.gov/std/hpv/stdfact-hpv.htm   A major contributing risk factor for developing oropharyngeal cancers is the use of tobacco products, including cigarettes, cigars, and chewing tobacco.  However, in 2011 a study at Ohio State University in Columbus, found that in the U.S., at least, HPV is now the primary cause of oropharyngeal cancers, responsible for 64 percent of the cases diagnosed, and the reason the number of cases is growing.3 Girshman, Peggy. “Virus Passed During Oral Sex Tops Tobacco As Throat Cancer Cause.” NPR. 22 February 2011. Accessed 30 August 2013. http://www.npr.org/blogs/health/2011/03/01/133968901/virus-passed-during-oral-sex-tops-tobacco-as-throat-cancer-cause

So how do we end up with oral HPV infections?  As you might expect, they are transmitted via mouth to genitals sexual contact with an infected person, ala Michael Douglas.  But a 2009 study at Ohio State University in Columbus showed that even kissing with an open mouth was associated with an increase in oral HPV risk.4 “‘French’ kissing ups risk of oral HPV infections.” Reuters. 12 May 2009. Accessed 30 August 2013. http://www.reuters.com/article/2009/05/12/us-hpv-infection-idUSTRE54B61920090512   With the large number of people already infected and steadily growing, it may be difficult for a sexually active adult to find a partner that is infection-free.  And, while testing exists for both cervical and anal HPV, there is not yet a standard clinical test used to detect oral HPV.

Since good oral hygiene appears to be a valuable way to lessen the odds of an infection taking hold, it may well be beneficial to step up your dental regimen a notch or two from simply brushing your teeth twice a day, flossing once a day, and going to the dentist on a regular basis to maintain healthy teeth and gums.  Consider adding oil pulling, one of the most popular natural health remedies, to the routine each morning as well.  For those unfamiliar, this is a technique that has been around for centuries.  It involves using a tablespoon of sesame or sunflower oil (possibly with a touch of added tea tree oil and limonene oil) to thoroughly swish throughout your mouth for a total of 20 minutes.  Oil pulling should be performed first thing in the morning before you consume any food or drinks.  It works by killing harmful bacteria that cause infections and gum disease.  For a much more detailed look at oil pulling, read Jon Barron’s article Oil Pulling For Detoxing?

Supplementing a balanced diet with proteolytic enzymes also can benefit oral as well as overall health.  When taken between meals, a quality formula will make its way into your bloodstream and ultimately your saliva, where it can help break down dental plaque, a primary factor in compromised oral health.