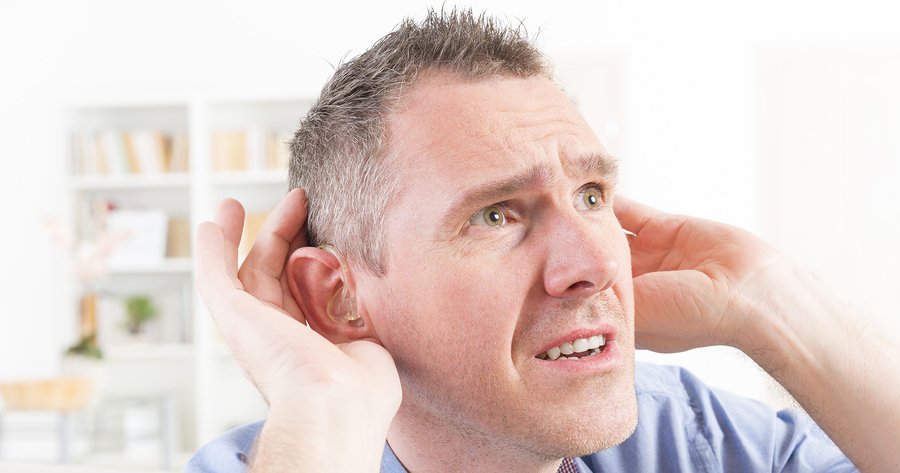 Here’s a really good reason to get a virus–if you have hearing loss. Researchers at Boston Children’s Hospital and the Harvard Medical School have found a way to use a virus to reverse deafness. That’s quite an irony, given that viral infections such as mumps are among the most common triggers for sudden hearing loss, but in fact, scientists successfully restored hearing to profoundly deaf lab mice using a virus, and they’re hopeful that the discovery will lead to human treatments by 2025.1 Gallagher, James. “Deafness could be treated by virus, say scientists.” 9 July 2015. BBC News. 9 July 2015. http://www.bbc.com/news/health-33442820

Hearing loss is the most common of all neurodegenerative diseases, with about 48 million in the US suffering from hearing loss in one ear and 30 million in both. That’s about 20 percent of the population. Of those, 8.5 percent of adults aged 55 to 64 have hearing loss so severe that it’s disabling, as do a quarter of seniors up to age 74 and half of those older than 75.2 http://www.nidcd.nih.gov/health/statistics/pages/quick.aspx

The rodents in the study were completely deaf–in other words, they wouldn’t hear loud noises right next to them–and their deafness was genetically based. About 50 percent of childhood deafness comes from genetic causes, and it’s these DNA-based defects that the virus can counteract. Unfortunately, it can’t do anything to correct rock-n-roll ears or other types of hearing loss that come from external causes or disease. But 50% is still a large number.

The mice suffered from two types of genetic deafness that bring about hearing loss by early childhood, both caused by mutations in the TMC1 gene. There are between 70-100 other types of genetic deficiencies that lead to deafness, but TMC1 mutations are among the more common. These mutations provoke defects in miniscule hairs within the ear that translate sound into electrical impulses. The mutations render the hairs ineffective.

To reverse the mutation, the researchers combined healthy TMC1 genes, sans mutation, with virus cells for a common cold, and then injected the brew into the inner ears of the mice.3 Gaffey, Conor. “Gene therapy could solve hereditary deafness in children.” 9 July 2015. Newsweek. 10 July 2015. http://europe.newsweek.com/gene-therapy-could-solve-hereditary-deafness-children-330041 The idea was that the virus would spread and “infect” the inner ear with the healthy TMC1 genes in the process.

After about a month, half the mice “jumped” when they heard loud noises, a sure sign that their hearing was at least partially restored. The experiment succeeded only in altering the DNA of the inner ear hairs, which control loud sounds, but not the outer hairs, which allow for increased sensitivity so that more subtle sounds can be discerned. Even so, the scientists were jubilant.

“It’s amazing that it works. It was one of those ‘Eureka!’ moments,” said Dr. Jeffrey Holt, one of the researchers. “One day this might be a simple outpatient procedure.”4 Kaltar, Lindsay. “Gene therapy could be key to hearing loss.” 9 July 2015. Boston Herald. 10 July 2015. http://www.bostonherald.com/news_opinion/local_coverage/2015/07/gene_therapy_could_be_the_key_to_hearing_loss

Dr. Holt tempers his excitement, indicating that the findings are preliminary: “We’re very excited about it, but we’re also cautiously optimistic as we don’t want to give false hope. It would be premature to say we’ve found a cure.”

The treatment wore off after a few months, and so it’s back to the drawing board to perfect the technique. The medical community shares Dr. Holt’s excitement as hopeful comments around the globe indicated. Right now, the options for deafness are severely limited, with cochlear implants and hearing aids the extent of it. Cochlear implants require surgery and hearing aids annoy most wearers since they increase the volume of all ambient sounds as well as the sound the wearer wants to discern. Plus, these devices simply amplify sound. They don’t actually repair the ear’s ability to discern sound as this technique may be able to do, eventually.

Apparently, certain animal species, including birds and fish, can self-regenerate the hairs in the ear all on their own.5 Thomson, Helen. “Deaf people get gene tweak to restore natural hearing.” 23 April 2014. NewScientist. 10 July 2015. http://www.newscientist.com/article/mg22229662.400-deaf-people-get-gene-tweak-to-restore-natural-hearing.html According to Lloyd Stickler, who works for the pharmaceutical company Novartis, a partner in the earlier trials, “We’re just trying to tweak the mammalian system a little bit to do what a lot of other species do naturally.”

Earlier studies last year at the University of Kansas Medical School also had some success restoring hearing to mice, and went one step farther in launching human trials. In that case, the researchers focused on a different gene, Atoh 1, and they tested the method on humans who suffered hearing loss as a side effect of drugs or other environmental impacts.

Although those trials were initiated last October, no reports have been highlighted in the press, perhaps signaling that the experiment was not an overwhelming success. Results had been expected within two months of trial initiation. At least one participant, Robert Gerk, was quoted in the New York Times as saying that although he didn’t have hearing restored, “I have incidents where I think I’m hearing a new sound or hearing sound differently than I did before.”6 Pollock, Andrew. “From Vertigo to Tinnitis, Ear Ailments are New Focus for Drugs.” 9 January 2015.  New York Times 10 July 2015. http://www.nytimes.com/2015/01/10/business/ear-disorders-long-neglected-attract-drug-makers-attention-.html At least that’s something. The bottom line is that when it comes to certain types of deafness, finally, there is reason to be hopeful about the future. 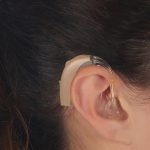