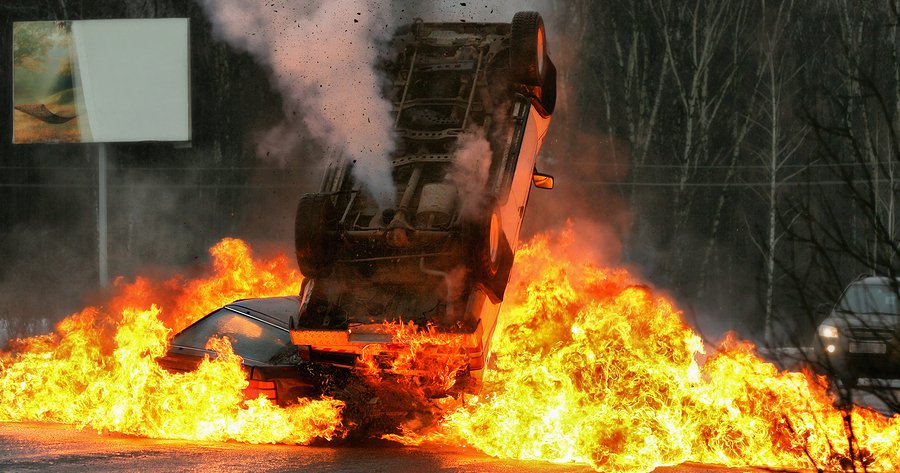 We are all aware of the dangers of using a cell phone while driving, but unfortunately that doesn’t always seem to stop us. As we recently discussed, car crashes are among the top three reasons that Americans have a shorter lifespan than people who live in other developed countries. While we know making calls and texting when you’re behind the wheel is a recipe for disaster, new research has discovered that cell phones are hardly our only distraction as we’re operating our vehicles.

The study, which took place at the Virginia Tech Transportation Institute in Blacksburg, Virginia, found that the risk of crashing a car is significantly higher if the driver is performing one of a number of distracting tasks or experiencing an emotional state that produces anger, sadness, agitation, or crying.1 Dingus, Thomas A.; et al. “Driver crash risk factors and prevalence evaluation using naturalistic driving data.” Proceedings of the National Academy of Sciences of the United States of America. 22 February 2016. Accessed 2 March 2016. http://www.pnas.org/content/early/2016/02/17/1513271113.abstract The subjects were more than 3,500 licensed United States drivers between the ages of 16 and 98. Each of these participants permitted the investigators to place cameras and tracking devices that measured speed and location in their cars for a three-year period.

During the course of the trial, there were 905 accidents that resulted in injury, property damage, or both. (Incidentally, that means that in just three years, 26% of the subjects had a serious accident. One can only imagine how high that percentage would be if you extrapolated the numbers out over ten or twenty years. No wonder there are so many automobile related deaths every year.) The scientists evaluated the camera footage and the other information provided by the mounted equipment and determined that nearly 75 percent of the crashes involved driver error, and the driver was unquestionably distracted in 68 percent of the cases. The distractions typically occurred when the driver averted his or her eyes from the road for too long, and the most dangerous activities were using or reaching for a cell phone, reading (including maps), writing, reaching for an object other than a cell phone, talking to other passengers (especially for newly licensed teen drivers), and, thank you very much new hi-tech cars, touching the dashboard menus.

Not surprisingly, the use of a cell phone was the number one culprit in distracted driving accidents. It was determined to raise the chance of a crash by close to four times as compared to driving in a safe manner. And interestingly, that statistic closely corroborates that of a 2008 study at the University of South Carolina in Columbia, which showed that speaking on a cell phone is four times more distracting than listening–a major problem since for most people, communication goes both ways.2 Almor, Amit. “Why does language interfere with vision-based tasks?” Experimental Psychology. June 2008. Accessed 3 March 2016. http://psycnet.apa.org/journals/zea/55/4/260/

And in the current research, there were plenty of other distracting activities caught on camera that people chose to perform while driving, even if these didn’t cause nearly the number of accidents as cell phone use and the other top offenders. Some of these less risky behaviors were eating, drinking a non-alcoholic beverage, fixing up one’s hair, and changing the music selection on the radio.

The study has a few limitations, however. The focus was mainly on the 905 accidents that occurred. No comprehensive analysis was conducted to determine the overall accident rate for drivers performing risky activities or a comparison to the accident rate in those who typically drove safely. Another issue to consider is that each of the subjects had volunteered to take part in this investigation, which suggests they perceive themselves to be fairly good drivers. So the outcome is not necessarily representative of typical drivers; in fact, the true situation on our roadways may be considerably worse than what was shown here.

Ultimately, though, this study is valuable because it adds information to the body of statistics on vehicle accident causes. It is the first of its kind to use cameras and other devices within the automobile to obtain a clearer picture (literally and figuratively) of just what is going on in the car before a crash occurs. And the findings point to the physical behaviors that most often take our eyes off of our surroundings while driving, serving as an important reminder that no text, phone call, change of music, adjustment of the interior climate, or other distraction is worth the potential harm to yourself and others.