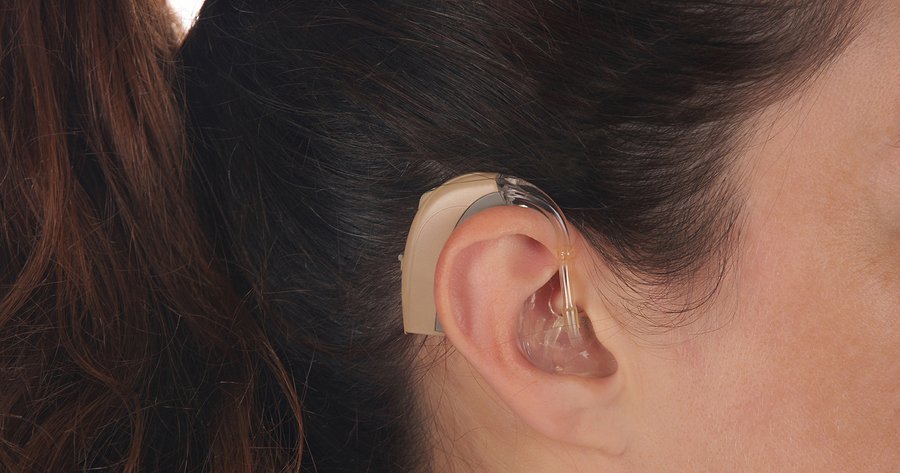 We’ve written before about the problem of rampant hearing loss among US adults and the lack of good solutions. About 20 percent of the overall population has some form of hearing loss, including about a third of those over 65 and two-thirds of seniors over 75.1 “Basic Facts About Hearing Loss.” Hearing Loss Association of America. (Accessed 25 Apr 2016.) http://www.hearingloss.org/content/basic-facts-about-hearing-loss   As we wrote before, “taking action [against hearing loss] typically means getting a hearing aid, and unfortunately, that’s not a magic bullet. Unlike the vision equivalent–you can get a pair of reading glasses for under $50 and read just fine–hearing aids are expensive, and besides that, many people find that they don’t work.”

Even more, many people just can’t afford them. With hearing aid prices hovering in the $5000 and up range for a pair (at least $2500 each) and insurance not covering the cost, those who are on fixed incomes–namely the elderly who most need hearing aids–can’t come up with the cash to pay. In fact, only 15 to 30 percent of those with significant hearing loss own hearing aids.

According to a recent article in The New York Times, though, some savvy consumers are finding a way around the dilemma.2 Pollock, Andrew. “Hearing Aid Prices Under Pressure from Consumer Electronics. 20 April 2016. New York Times. 22 April 2016. http://www.nytimes.com/2016/04/21/business/hearing-aid-business-feels-pressure-from-consumer-electronics.html Instead of going to an audiologist and sitting through batteries of tests, they’re buying new types of comparatively cheap amplification devices from consumer electronics companies.  These “personal sound amplification devices,” or PSADs (aka PSAPs, or personal sound amplification products), as they’re called, rely on Bluetooth technology and can stream sound directly from a phone. Right now, the FDA doesn’t allow the manufacturers to present them as being of use to people with hearing loss.3 Barrett, Paul. “Hearing Aids Over the Counter.” 21 April 2016. Bloomberg News. 22 April 2016. http://www.bloomberg.com/news/articles/2016-04-21/obama-wants-to-let-you-buy-hearing-aids-over-the-counter Instead, they’re supposed to be marketed to those with normal hearing who need an extra boost to focus in on particular sounds, for instance, birders listening for a particular call, or those who want to hear lecturers at a distance. In other words, marketers aren’t supposed to say they’re of therapeutic value, but rather, that they’re useful for occasional, recreational use by consumers who are not hearing impaired.

The fact is, though, that these devices do some of the same things hearing aids do. They boost sound volume, and with the latest advances in technology, they even diminish background noise. Some allow user customization via a smartphone app so that sound can be adjusted for various environments like being in a restaurant, driving, or being outside.4 Gandel, Cathie. “Not Ready for a Hearing Aid But Need a Little Help?” 27 May 2015. AARP. 22 April 2016. http://www.aarp.org/health/conditions-treatments/info-2015/hearing-amplifiers-psaps.html#slide1

Unlike hearing aids which are finely tuned to individual needs, PSAPs are a one-size-fits-all solution, but for some consumers, that’s good enough, just as pharmacy-bought reading glasses are good enough for those who just want a little visual help.  Certainly for the huge majority of hearing-challenged individuals who can’t afford hearing aids, PSADs may be better than nothing. And in fact, some users have better results with PSAPs than with their hearing aids.

Given these facts, the PSAD companies want to hone in on the hearing aid market, while the hearing aid companies, which bring in over six billion dollars annually in sales, are adamant that PSADs are not only useless to people with hearing loss, but perhaps even dangerous because they might over-amplify and further degrade hearing.

In any event, the surge of new, ever more sophisticated PSAD devices on the market is putting pressure on the audiology profession to lower prices of hearing aids, and in fact, has prompted the Food and Drug Administration to look at how it might ease regulations governing hearing aids so that costs can be lowered. Meanwhile, the White House has convened a scientific panel to look into the legitimacy of the alternative devices.

In spite of the lack of the FDA go-ahead, the PSAD manufacturers have been pushing the envelope, using marketing language that gets their point across without directly saying that their products are therapeutic.  The website of one consumer electronics company, Etyonic, for instance, describes its “Bean Quiet Sound Amplifier” as such: “The BEAN® amplifies sounds and enhances your hearing experience so your conversations become more effective in the car, in social situations, and at a distance.”5 http://www.etymotic.com/consumer/personal-sound-amplifiers/bean-qsa.html Sure sounds like a hearing aid, doesn’t it? It looks like a hearing aid, too, except that the bean sells for $300, a fraction of the cost of a hearing aid.

The Soundhawk Company puts out a competitive device.6 http://www.soundhawk.com/ “Soundhawk is not a hearing aid,” the website says, “but it was created by some of the world’s leading hearing experts. Soundhawk is designed for people who struggle to understand soft speech, have difficulty hearing conversation over distances or difficulty understanding speech in noisy environments. Soundhawk works by increasing the strength of the sounds that you want to hear while de-emphasizing background noise.”

Hmmm. Once again, the “not a hearing aid” statement seems ironic given the description that follows the disclaimer. Even so, PSAD companies like Soundhawk complain that they’re not getting their message across. They still can’t market directly to hard-of-hearing customers at consumer outlets or pharmacies, and they’d like to sell their products as an entry-level, over-the-counter solution for those with hearing loss the way reading glasses are sold via pharmacy displays.

The hearing aid industry is putting up a good fight to protect its territory. “If they [PSADs] worked, most people would be using them,” says Carole Rogin, president of the Hearing Industries Association, a trade group.  “There is no evidence that consumers can self-diagnose and self-treat. You run the risk of serious medical conditions going unaddressed.” The essence of the argument is that you need to see a medical professional who will then check you out and prescribe a hearing aid if necessary. Simply buying a PSAP on your own may mask a potentially dangerous health condition. And in this regard they have received some support from the medical community, which obviously doesn’t like the idea of losing a potential patient. As Eric Mann, M.D., Ph. D. deputy director of FDA’s Division of Ophthalmic, Neurological, and Ear, Nose and Throat Devices says, “If you suspect hearing loss, get your hearing evaluated by a health care professional.”

Right now, though, it looks like Ms. Rogin and her peers are probably fighting a losing battle. The White House panel says that the technology in PSAPs is “similar, if not identical, to that in hearing aids.” It’s already recommended that the FDA establish a new category of “basic” hearing aids that could be sold over the counter without a prescription.

“For people with mild to moderate hearing loss, this could be a way to try something out and see if it helps them,” says Christine Cassel, a member of the White House panel. “I’ve tried them, and some of these new gadgets are very helpful.”

The one question not on the table in all of this debate is how safe it is for users to be exposed to Bluetooth receptors in their ears for long periods of time.7 “What are the Health Effects, Risks & Dangers of Bluetooth Radiation.” EMF Blues 2014. (Accessed 25 Apr 206.) http://emfblues.com/bluetooth-radiation/ Are regular hearing aids safer than PSADs from that point of view? Certainly many would say yes. Perhaps that’s a front that hearing aid manufacturers should investigate to shore up their arguments against PSADs, hopefully while figuring out a way to bring their prices down from the stratosphere. 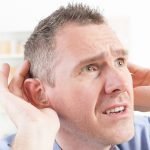