Is Tuberculosis In Your Future? 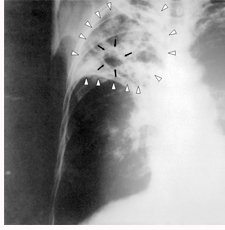 Once again, while the world remains preoccupied with bird flu (although much less so than a year ago — as I predicted), more imminent threats are being ignored. Just last March, we explored the emergence of new super bacteria such as Staphylococcus aureus. Today, an even more disturbing super bacteria, XDR-TB (aka eXtremely Drug Resistant tuberculosis), is making a statement. Although it’s been around for a few years, it’s just in the last few months that it has begun to make its presence known in virtually every country in the world.

As it turns out, I was even more prescient than I could have imagined. Drug resistant tuberculosis is exploding throughout the world and poses a significant threat to every one of us. As I correctly pointed out as far back as August 1, 2005, the threat from bird flu was more hypothetical than actual — with the odds of an imminent pandemic that year, or next — or even in your lifetime being somewhat low. Drug resistant TB is not bird flu. The threat is not theoretical. It’s already here and is far more likely to impact your life than bird flu. Before we can understand the threat posed by XDR-TB, however, we need to better understand plain old TB.

TB is a bacterial disease usually affecting the lungs, although it can affect other parts of the body such as the lymph nodes, kidneys, bones, skin, and joints, etc. It is spread through airborne droplets from a sneeze, cough, or even just talking. It is not spread by shaking someone’s hand, sharing food or drink, touching bed linens or toilet seats, sharing toothbrushes, or even kissing. Once exposed to the TB bacteria, your immune system will attack the bacteria for up to eight weeks after infection.

Mortality rates for TB run at about 55% for persons not receiving treatment and 15% for those who do. For people with compromised immune systems (such as those with HIV) mortality rates are higher. In summary then, the overall, average mortality rate for all people infected with TB is about 5%. Since it’s estimated that approximately 1/3 of the world’s population, about 2 billion people, is infected, that means that some 30-100 million people are already condemned to death. (Remember, I did say this was not a theoretical problem like bird flu.)

In the United States, the figures are more mixed. In 1998, according to the CDC there were some 18,000 new cases of TB in the US. By 2006, that number had dropped to just 13,767 new cases — almost a 1/3 reduction in the last ten years. Sounds good! On the other hand, it’s also estimated that between 10-15 million people in the US are already infected with TB, which means that approximately 1.5 million Americans will ultimately develop active TB — and be carriers, spreading the infection to others. Bottom line: the number of new cases will once again begin to climb.

Until the mid 20th century, people with tuberculosis were treated in sanitariums — good food, rest, clean air, etc. This actually was helpful as it boosted the immune system, and numbers of people, in fact, recovered. But most notably, sanitariums prevented the spread of the disease by taking infectious people off the streets — effectively quarantining them. 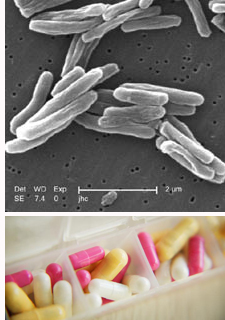 Now we have drugs. For people who have latent TB (again, that’s 2 billion worldwide), treatment usually includes the antibiotic prodrug isoniazid for 6-9 months. It should be noted that side effects associated with long-term use of isoniazid include severe and sometimes fatal liver damage.

For those with active TB, you’re likely to see a cocktail of antibiotics including: isoniazid, rifampin, ethambutol, and pyrazinamide. All of these have serious side effects — with severe liver damage common to all of them. Treatment will usually run 6-12 months. And here’s where it gets dicey!

Stopping treatment too soon or skipping doses can create drug-resistant strains of the disease that are much more dangerous and difficult to treat. To understand why this happens, read Why Antibiotics and Antivirals Fail. It’s one of the most important newsletters I’ve ever written. For now, though, just understand that in many, many, many cases, people do indeed stop treatment too soon, or skip doses. The reasons?

Which brings us to the “piece de resistance,” drug-resistant TB.

Some years ago, the first sign of problems to come appeared in the form of MDR-TB (Multi Drug-Resistant TB). MDR-TB is unaffected by isoniazid and rifampin — the two most powerful drugs in the TB arsenal. It can still be treated, but requires at least two years of drug therapy with highly toxic drugs known as “second-line drugs.” Even with treatment, many people with MDR-TB do not survive. And even when treatment is successful, people with this form of TB may need surgery to remove areas of persistent infection or to repair lung damage. The overall, average mortality rate for anyone who contracts MDT-TB is about 20%, which makes it about 4 times more lethal than old-fashioned TB. And keep in mind that MDR-TB is the nice guy. XDR-TB is the mad uncle in the closet.

XDR-TB (eXtremely Drug Resistant Tuberculosis) is defined as TB which is resistant to isoniazid and rifampin, plus resistant to fluoroquinolone and at least one of three injectable second-line drugs (i.e., amikacin, kanamycin, or capreomycin). Researchers have followed the evolution of XDR-TB for some 12 years now. In the beginning, it was merely resistant to several standard TB treatments; then, in 2001, South Africa adopted the WHO’s standard strategy for fighting multi-drug resistant tuberculosis, which calls for the use of several second-line drugs — but it didn’t work. The strain was already resistant to this protocol. XDR-TB was no longer just scary; it was now a true nightmare.

Because XDR-TB is resistant to first-line and second-line drugs, patients are left with treatment options that are much less effective. The overall, average mortality rate for anyone who contracts XDR-TB is 33% — virtually 100% if you have AIDS. That makes it six times more deadly than regular TB. At the moment, at 1.6 million deaths a year, TB ranks fourth on the list of infectious diseases — behind lower respiratory diseases (bronchitis, pneumonia, and influenza), AIDS, and diarrhea. But if XDR-TB breaks free and becomes mainstream, it will vault to the top of the list — nearly doubling its closest competitor.

And on top of everything else, treating XDR-TB is outrageously expensive — costing upwards of several hundred thousand dollars per case to treat. Multiply that times 2 billion people, and you have some impossible numbers.

Failure to complete the entire course of treatment is the major cause of MDR-TB and XDR-TB. If all of the medications prescribed are not taken as directed, the weaker bacteria are killed, but a few of the stronger, more resistant bacteria survive. These resistant bacteria grow into a strain of tuberculosis that is difficult to cure since, by definition, it can resist all of the drugs that it has already been exposed to. And keep in mind that as with regular TB, people with drug-resistant TB can infect others with the new drug-resistant strain — thus spreading it exponentially. This has happened in prisons, hospitals, homeless shelters, and in fact, as we will see, entire countries. And it gets worse. There isn’t just one strain of XDR-TB; it turns out there are now many.

The deal is that we’re dealing with an airborne disease with global potential. Thanks to the free movement of people between countries and the fact that even in its active phase there may be no symptoms present, there is every reason to be concerned. When I first wrote about drug resistant tuberculosis two years ago, there were very few cases. That scenario has changed dramatically.

Just a couple of days ago, the World Health Organization announced that drug-resistant tuberculosis cases in parts of the former Soviet Union had reached the highest rates ever recorded globally. The report showed that 22% of multi-drug resistant cases in Baku, Azerbaijan were in newly diagnosed people. And 19.4 per cent of MDR TB cases in Moldova were new cases. They also announced that they feared that the rates could soar even higher, spreading the potentially fatal disease elsewhere.

Those levels surpassed the highest levels that nearly all experts had once thought were possible. As Dr. Mario C. Raviglione, who directs the health organization’s tuberculosis program, said in an interview, “We are seeing levels of multi drug-resistant TB that we never expected — 20 percent is a very high level,” When the WHO started a drug surveillance project in 1994, he said, “the general thinking was that multi drug-resistant TB would never be a real problem, since it was felt to be confined to immunosuppressed patients.” A decade ago when the WHO first received reports of 9 to 10 percent rates of multi drug-resistant tuberculosis in some areas, many scientists thought the figure was inaccurate. Experts also said that higher rates were impossible. But as Dr. Raviglione now says, “It is possible; it tells you they are really doing something wrong in places where this form of TB is spreading…If we don’t act now, we’re going really to risk a disaster of enormous proportion here.” 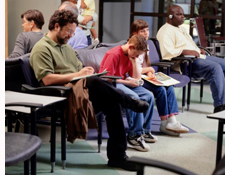 “You don’t want drug resistant strains to become the dominant latent strains,” warned Dr. Ross Upshur, director of the University of Toronto’s Joint Centre for Bioethics. Dr. Upshur has been closely following the emergence of MDR-TB and XDR-TB. “This is a global health disaster in the making,” says Upshur. “It’s not looking good…. And we have only worse to come if we don’t take concerted collective action.”

The WHO estimates that there are nearly half a million new cases of multi-drug resistant tuberculosis each year, and 110,000 people a year are dying from this form of TB. Even at this early stage, these numbers make drug resistant TB already far more deadly than bird flu or MRSA.

One bright note is that the Baltic countries of Estonia and Latvia were hot spots for drug resistant tuberculosis 13 years ago. Today, after a sustained investment and assault on multi drug-resistant TB, rates in these two countries are stabilizing and rates of new tuberculosis are falling.

However, the problem there was MDR-TB, not XDR-TB. As we’ve discussed, extremely drug resistant TB is a totally different animal, requiring much longer treatment times, costing several hundred thousand dollars for each case, and with 50% greater mortality rates. And when untreated, XDR TB is virtually 100% fatal. And even when treated, results are problematic. As its name indicates, no known drugs are completely effective against it. On the other hand, natural remedies such as garlic, olive leaf extract, oil of wild mountain oregano, and grapefruit seed extract are likely to be beneficial. So as with bird flu and Staphylococcus aureus, it makes sense to stock up with natural pathogen destroyers and immune builders to protect against any and all mutations. (Check out “Why Antibiotics and Antivirals Fail“.) Since the known drugs are only marginally helpful at best, you have nothing to lose.

Note well: since XDR-TB does not respond well to drug intervention, it tends to remain highly infectious for much longer than regular TB, or even MDR-TB. That means that you can pretty much guarantee that in any epidemic that takes place in first world countries, quarantine will be part of the equation. Anyone with XDR-TB will be subject to full quarantine/isolation for up to two years — until all threat of infection goes away, or the patient dies. Think I’m exaggerating? The legalites are already being worked out.

Make no mistake. You’re far better off avoiding quarantine by killing off the infection when it first enters your body.