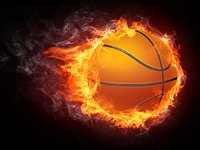 Playing a team sport is a wonderful way to incorporate more regular exercise into your routine.  Activities such as basketball get you running up and down the court, practically nonstop, as well as toning upper body muscles through shooting, passing, and even blocking maneuvers.  It would appear that there is really no downside…until you consider the germs being passed along with the ball.  New research has found that there may be a high transmission rate of the bacteria that can cause serious staph infections during team sports involving the handling of a ball.

The study, which took place at the University of California, Irvine, demonstrated that both volleyballs and basketballs are potential sources of contamination with Staphylococcus aureus germs among everyone coming into contact with them.1 “Passing the Ball May Also Pass Disease.” Science Daily. 2 July 2013. Accessed 8 July 2013. http://www.sciencedaily.com/releases/2013/07/130702141518.htm   The investigators performed three versions of an experiment in order to assess the presence of staph bacteria on the sports balls, on the hands of the participants, and on the surface of the gym floor.  Each time they duplicated an adaptation of the trial with two out of these three variables sanitized before beginning, keeping the third natural and unsanitized.  Both the ball being used and the flooring were treated with ultraviolet C light, a wavelength that has been shown in studies to kill Staphylococcus aureus in numerous settings,2 Thai, T.P.; et al. “Effect of ultraviolet light C on bacterial colonization in chronic wounds.” Ostomy Wound Management. October 2005. Accessed 9 July 2013. http://www.ncbi.nlm.nih.gov/pubmed/16230765 to ensure sterilization.  The players were instructed to wash their hands with an antibacterial solution.

The researchers tested the ball, the floor, and the hands for the presence of Staphylococcus aureus before any contact with the ball was initiated.  For both the volleyball and basketball iterations of the experiment, the volunteers were told to behave as if they were playing the sport, passing the ball and dribbling or hitting it in a designated pattern and for a specific length of time to create a close approximation of how an actual game would be conducted.

By the end of each game simulation, the scientists retested each surface for Staphylococcus aureus.  They found that no matter which two variables in the experiment had been sanitized, the germs spread from the unsanitized variable and were present in larger numbers on the previously sterile surfaces than there were prior to the game play. So even if the players’ hands were thoroughly washed with antibacterial soap before the trial, there was staph on them afterward.  Even worse, when the sports balls were stored in a typical manner in the gymnasium, surface samples taken three days after the experiment showed evidence that the bacteria were still there.

Staphylococcus aureus doesn’t only cause infections among athletes either–it also results in approximately 368,000 hospitalizations and 19,000 deaths in the United States each year.3 “MRSA: A Deadly Pathogen with Fewer and Fewer Treatment Options.” Pew Health Initiatives. 3 April 2012. Accessed 9 July 2013. http://www.pewhealth.org/reports-analysis/issue-briefs/mrsa-a-deadly-pathogen-with-fewer-and-fewer-treatment-options-85899380134   It has become so potentially lethal because it cannot be readily killed off through the use of antibiotics, which earned it the full name Methicillin-Resistant Staphylococcus aureus, more commonly known as MRSA.

All of this doesn’t mean the right approach to avoiding MRSA is to stay out of the gym.  Yes, while sports balls and other equipment such as weights and surfaces in the locker room may well become contaminated, there is an equally good chance of exposure to this germ in the hospital, at work, or riding in a train or airplane.  Basically anywhere you may go that puts you in a setting near many other people carries a risk of exposure.  Needless to say, unless you plan to become an obsessive-compulsive germaphobe living in isolation like Howard Hughes, you are going to come into contact with MRSA at some point in time.

Common sense dictates that you can help avoid these germs by frequently washing your hands with soap and water, not sharing any personal items with others, and cleaning surfaces you touch regularly.  Plus, if you get a cut or scrape, keep the injury covered so bacteria cannot enter the body.  You can also get protection by bolstering an already healthy immune system. Inluding natural herbs that strengthen your immunity along with a balanced diet can help ensure that you can fight off the pathogens that produce the infection.  If you do develop a staph infection, natural pathogen destroyers such as garlic, onion, ginger, and olive leaf extract can provide your immune system with a much more effective defense against MRSA than repeated courses of antibiotics.

And speaking of antibiotics, try to cut back on your use of these drugs even if your doctor is happy to write a prescription for any little ache or pain.  For years, many viral illnesses, including ear infections and bronchitis, have been treated with antibiotics, which are ineffective in these cases. It is their chronic overuse that has created health epidemics such as MRSA in the first place.

But the most important thing you can do is stop using antibacterial soap and bathing in chlorinated water. They destroy the trillion beneficial bacteria that normally live on your skin and protect you from the bad guys. This protective layer is known as the microbiome. When you kill off the good guys in the microbiome, it just leaves a vacuum that bacteria like staph are more than happy to fill.