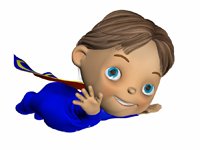 As soon as many couples decide they want to try to conceive a baby, they begin a careful planning process that includes making many decisions.  Choosing names, where to have the baby, colors to decorate the nursery, and the list goes on and on.  But now, new research suggests that the method of baby delivery and whether or not a new mother breastfeeds may very well be the two most important decisions parents can make for the health of their child…for years to come.

The study, which took place at the University of Alberta in Edmonton, Canada, shows that the bacteria introduced to the newborn during a vaginal delivery and through nursing are different than those babies receive when they are delivered by Cesarean section and fed formula.1 Park, Alice. “Connection between dirty diapers, childhood health.” CNN. 14 February 2013. Accessed 21 February 2013. http://www.cnn.com/2013/02/14/health/time-bacteria-children/index.html?hpt=he_c1   This translates to great variances in the types of bacteria present in the babies’ guts for years and appears to impact the risk of developing a number of conditions over time.

The scientists took stool samples from 24 babies when they were 3 months old.  By analyzing these samples, they were able to determine that the microbes present in the stools of those infants delivered via C-section were very different versus those delivered vaginally.  Those delivered by C-section had fewer colonies of Escherichia and Shigella bacteria than the babies delivered vaginally.  These are both beneficial forms of bacteria when present at proper levels and provide the groundwork for other microbes to build upon.  They are responsible for shaping the developing immune system and helping it to distinguish between what should be allowed to travel smoothly through the digestive tract and what needs to be attacked.  Needless to say, if these responses are not developed correctly and early, it can potentially set the child up for many health problems in the future.

The babies who were fed formula rather than breastfed also showed variations in the bacteria of the digestive tract.  In this case, the formula fed infants had a greater accumulation of both Peptostreptococcaceae and Chlostridium difficile than their counterparts who were nursed.  C. difficile has been linked with gastrointestinal problems including diarrhea and very serious colon inflammation in adults.2 “C. difficile.” Mayo Clinic. 3 November 2010. Accessed 22 February 2013. http://www.mayoclinic.com/health/c-difficile/DS00736   Although it does not appear to affect the babies in the same way, large colonies of this microbe might eventually do damage or prevent the growth of helpful Escherichia and Shigella.

Mothers transfer some of the beneficial bacteria they harbor to their infants during a vaginal delivery.  During their trip through the birth canal, babies end up swallowing some of these bacteria and begin their lifetime of exposure to a wide variety of microbes.  Their immature digestive systems, which have yet to function while they are in utero, are introduced to many of the bugs that have colonized their mothers.  Therefore, when we take this experience away and choose C-section baby delivery, none of the bacteria are passed along. The memory of the mothers immune system is not passed along.

Similarly, during breastfeeding, beneficial bacteria present in the mother’s milk enter the baby’s digestive system.  Infants who are given formula instead miss out on this immune system booster as well.  This leaves babies in these situations far behind their vaginally delivered, breastfed peers in bacterial colonization. These children may never develop the same flourishing communities of microbes in their guts as found in healthy children.

Research from the University of California, San Francisco, in 2008 found that babies born by C-section have a greater chance of developing asthma and allergies than vaginally delivered babies.3 Warner, Jennifer. “C-Section Tied to Childhood Asthma?” WebMD. 21 May 2008. Accessed 22 February 2013. http://www.webmd.com/baby/news/20080521/c-section-tied-to-childhood-asthma A 2012 study, out of the University of South Florida in Tampa, linked C-section birth with a 20 percent increased risk of Type 1 diabetes.4 Vehik, Kendra and Dabelea, Dana. “Why Are C-Section Deliveries Linked to Childhood Type 1 Diabetes?” Diabetes Journals. January 2012. Accessed 22 February 2013. http://diabetes.diabetesjournals.org/content/61/1/36.extract   And similar health risks hold true for infants fed formula; they are known to have a higher likelihood of obesity, diabetes, infections, leukemia, and more.5 Stuebe, Alison. “The Risks of Not Breastfeeding for Mothers and Infants.” Reviews in Obstetrics & Gynecology. Fall 2009. Accessed 22 February 2013. http://www.ncbi.nlm.nih.gov/pmc/articles/PMC2812877   But the new research clearly underscores that the disparities in the bacteria present in the babies’ intestinal tracts provides a valid reason why these factors may be associated with a variety of illnesses.  Despite its small population size, this study provides some truly valuable answers.

Therefore, if you are having a baby at some point in the future, make your wishes clear to your healthcare team that you want to have a vaginal delivery unless there is a risk to your health or the baby’s.  One good way to lower your chances of being told you require a C-section is to involve a midwife; they have vastly lower C-section rates in all delivery settings than most obstetricians.6 “Out-of-Hospital Midwifery Care: Much Lower Rates of Cesarean Sections for Low-Risk Women.” Citizens for Midwifery. 2006. Accessed 22 February 2013. http://www.cfmidwifery.org/pdf/cesarean2x.pdf   Work with a doula, lactation consultant, or representative of the La Leche League to make sure nursing is successful and mother and baby both have a positive experience.  Finally, if your children are older and were delivered by C-section and/or formula fed, increase their chances of repopulating their systems with the beneficial bacteria they need by giving them probiotic supplements so that you can start bolstering the health of their digestive tracts now.