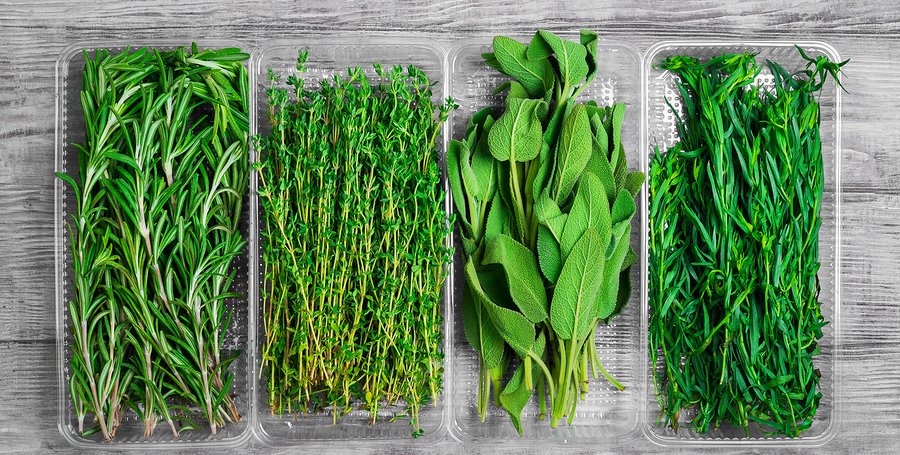 If you’re old enough to count among the Baby Boomer generation, you certainly remember the sensation caused by the release of Simon and Garfunkel’s hit song, “Scarborough Fair,” with its haunting refrain, “Parsley, Sage, Rosemary and Thyme.” Most people who bought the album (yes, it was an album, not an MP3 back then) didn’t really think about the properties of the herbal list as they sang along, and it’s doubtful that Simon and Garfunkel had anything prescriptive in mind, but in fact, they adapted the song from an old English ballad that some say is about the Great Plague in the Middle Ages.1 “Plague Doctors and Love Potions and a Visit to Scarborough Fair.” 13 January 2013. Twisted Pixel Studio. 2 September 2017. http://twistedpixelstudio.wordpress.com/2013/01/13/plague-doctors-and-love-potions-and-a-visit-to-scarborough-fair/ The fact is that parsley, sage, rosemary, and thyme were commonly used medicinally in earlier times and may have been used in an attempt to heal victims of the Plague. On the other hand, the four herbs were chief components in a love potion that witches concocted in Medieval times, and they also were used for embalming, so others claim the song is about winning love or dying from a broken heart after losing it.2 “Digging Up the Truth: What the Lyrics to Scarborough Faire Mean.” 26 February 2013. Infotainment News. 2 September 2017. http://infotainmentnews.net/2013/02/26/digging-up-the-truth-what-the-lyrics-to-scarborough-fair-mean/

In any event, parsley, sage, rosemary, and thyme each were revered for their healing and magical powers, and those healing powers are as present and valuable today as they were during the reign of King Charles II. Here’s an abbreviated description of what each has to offer.

Parsley is something of a wonder herb in that it’s pretty enough to be used as an all-purpose garnish, tastes good enough to be an important ingredient in a huge array of recipes, is positively packed with vitamins and minerals, and has a surprising array of healing properties. First, as Jon Barron explains in describing his kidney cleanse formula, “An important diuretic, parsley root also helps clear uric acid from the urinary tract and helps dissolve and expel gallstones and gravel – and prevent their future formation.  It also inhibits the secretion of histamine and is therefore useful in treating hives and relieving other allergy symptoms. A decoction of parsley root can help eliminate bloating and reduce weight by eliminating excess water gain.”

Note that the emphasis in the above was on parsley root, not on the green leaves, but the entire parsley plant has medicinal value. In fact, parsley has been used for healing for over 2000 years, since Ancient Greece.”3 “7 Wonderful Parsley Health Benefits.” Organic Facts. 1 September 2017. http://www.organicfacts.net/health-benefits/herbs-and-spices/health-benefits-of-parsley.html It was used medicinally long before anyone figured out that it tasted pretty good and might have value as a flavoring.

Because it effectively clears uric acid from the body and has other anti-inflammatory properties, parsley can be useful in treating rheumatoid arthritis.  But that’s just the tip of the iceberg. The herb was used in ancient Turkey to heal diabetes, and in fact, clinical research in recent years bears out the fact that parsley leaf extract can lower blood sugar levels.4 Sener, Gὄksel et al. “Effects of parsley (Petroselinum crispum) on the aorta and heart of Stz induced diabetic rats.” September 2003. Plant Foods for Human Nutrition. 1 September 2017. http://link.springer.com/article/10.1023%2FB%3AQUAL.0000041152.24423.bb More research indicates that an extract found in parsley oil called apigenin aids in reducing the recurrence of cancerous tumors.5 Preston, Alexandra. “Compound in Parsley Among the Most Potent Anti-Cancer Compounds.” 27 June 2015. Natural Society. 1 September 2017. http://naturalsociety.com/compound-in-parsley-among-most-potent-anti-cancer-compounds/ It also contains a flavonoid called myricetin that has been shown to be effective in preventing skin cancer.6 Ware, Megan, RDN. “Parsley: Health Benefits, Facts, Research.” 24 November 2016. Medical News Today. 1 September 2017. http://www.medicalnewstoday.com/articles/284490.php Finally, because it contains exceptionally high levels of calcium and folic acid, evidence indicates it’s useful in preventing osteoporosis.

While eating the few sprigs of parsley decorating your restaurant meal might not do much to pump you up, you’ll certainly benefit if you make parsley a staple in your diet or take it in supplement form.

Unlike delicate, curly parsley, sage has a fat-leaved, flat, and fuzzy profile. And yet, it shares with parsley an ability to lower inflammation via the array of flavonoids and phenolic acids it possesses.7 “9 Impressive Benefits of Sage.” Organic Facts. 1 September 2017. http://www.organicfacts.net/health-benefits/herbs-and-spices/sage.html In fact, chewing on sage leaves is one way to get a burst of anti-inflammatory aid fast. If the taste is too strong for you in the raw, you can also brew sage leaves into a tea. The anti-inflammatory effects of sage have been shown to help with gastrointestinal issues, respiratory problems, arthritis, and even cardiac problems. It’s also anti-spasmodic, which makes it particularly useful in the case of gastrointestinal issues like diarrhea or colitis. Also, like parsley, sage is effective as an aid in controlling diabetes.

The word “sage” comes from the Latin root, “salvere,” which means “to be saved.” In other words, the ancients thought it was amazing as a healing aid. One extraordinary benefit of sage is that it’s effective in increasing mental acuity. That’s right: sage can make you smarter, at least in the short run. Clinical studies show that even a small dose of the herb or a sniff of the essential oil extracted from it enhances memory and concentration.8 “Sage Benefits.” HerbWisdom.com. http://www.herbwisdom.com/herb-sage.html Plus, there’s clinical evidence that sage may inhibit Alzheimer’s and other cognitive disorders.

Plus, sage has antimicrobial properties that make it great for enhancing immune function. You can press it into a salve and apply it topically to help heal skin infections, psoriasis, eczema, and acne. And finally, sage is a blessing for menopausal women: clinical studies show it has an extraordinary ability to stop hot flashes and night sweats.

Is it any wonder that sage (specifically white sage) is considered a sacred herb by Native American people, used for purification and protection purposes? Many people follow the ancient Native American tradition of burning sage in a house, which is believed to clear away negative energies.

One word of warning: if you’re allergic to mint, forget sage, which is a close relative. Another close relative is rosemary, which looks pretty different with its spiky leaves, but contains rosmarinic acid, also found in rosemary, one of the chief components that helps reduce inflammation.

The benefits of rosemary are similar to those of sage—improved digestion, enhanced concentration and memory as shown by clinical studies. As Shakespeare said (Hamlet Act 4, Scene v), “There’s rosemary, that’s for remembrance…” Rosemary also contains carnosic acid, which seems to inhibit damage by free radicals in the brain, making it useful in limiting brain damage suffered after a stroke and even in promoting repair and recovery.9 Nordqvist, Joseph. “Rosemary: Health benefits, precautions, and drug interactions.” 21 April 2017. Medical News Today. 2 September 2017. http://www.medicalnewstoday.com/articles/266370.php Carnosic acid also appears to benefit eye health and might be useful in preventing macular degeneration.

Rosemary is particularly useful as an anti-carcinogen. Studies show that it can slow the spread of leukemia and inhibit breast tumor growth. Also, adding rosemary to meat before cooking seems to disrupt the formation of cancer-causing compounds that might be formed during the cooking process.

Thymol, an oil extracted from thyme, has a long history as an anti-microbial agent. Before antibiotics, it was used to medicate bandages and is still an active ingredient in products like Vic’s VapoRub.10 “Top 6 Thyme Benefits.” Dr. Axe Food and Medicine. 2 September 2017. http://draxe.com/thyme/ In fact, research indicates it can boost the efficacy of antibiotics when used in conjunction with them.11 Nordqvist, Christian. “What are the Health Benefits of Thyme?” 7 November 2016. Medical News Today. 2 September 2017. http://www.medicalnewstoday.com/articles/266016.php It works extremely well blended into an antifungal cream or used on skin conditions like eczema.

Several studies have shown that thyme can reduce blood pressure and “bad” cholesterol levels. It also works against pathogens that cause food poisoning, making it a great addition to any meal, and in a similar fashion, it can prolong the life of cooking oils. Plus, thymol seems to reduce symptoms of sore throats and bronchial coughs, while the carvacrol in it enhances feelings of well-being by stimulating dopamine and serotonin in the brain. And like the other herbs described above, thyme fights colon and breast cancers via the carvacrol in it.

The bottom line is that all these herbs offer formidable healing properties, plus they taste wonderful and are easy to grow. Instead of dousing your dinners with salt and soy, try regularly using fresh herbs like these, and reap the benefits.