About five years ago or so, the supposedly eradicated bedbug made a surprise reappearance in the US, alarming hotel owners, hospital personnel, and unwitting victims. The insecticide DDT had pretty much wiped out the little biting insects fifty years ago, but now that DDT no longer is legal and with the increase in international travel, bedbugs have enjoyed a resurgence, thriving and multiplying. They’ve become such a problem, in fact, that the Environmental Protection Agency just held a two-day National Bedbug Summit in Washington, D.C. to figure out what to do about the pests.

As of 2007, all 50 states reported bedbug infestations. Pest control companies nationwide reported a 71 percent increase in bedbug complaints between 2002 and 2007. The problem is poised to get far worse — in fact, to escalate to epidemic proportions, affecting not only crowded, high-use public places, but private living spaces as well.

“The infestation problem is only going to get worse in the immediate future,” according to entomologist Mike Deutsch. “The public needs to accept this fact, get educated and take what preventive measures they can, especially since bed bug populations are extremely difficult to detect when their populations are at a low level within the home.”

So far, there’s no evidence that bedbugs spread disease, but their bites can create such severe itching or burning that victims feel they’re going crazy. Many people have serious skin reactions, developing large welts or rows of raised, pus-filled sacs that cover their skin. According to entomologist and bedbug expert Didi Miller, “I can’t tell you how many people have spent the night in their bath tubs because they are so freaked out by bedbugs. I get these people over the phone that have lost their marbles.”

Plus, bed bugs are disgusting. They’re red-brown and look a bit like mini-cockroaches, slightly bigger than fleas and smaller than beetles. They come out in numbers in the middle of the night, covering victims while they sleep and sucking their blood. One sign that you have bedbugs is if you find blood on your sheets — because bedbugs inject you with a numbing agent so they can continue to bite until you bleed without you even knowing it. You also can inadvertently roll over and squash a blood-filled bug. They have the capacity to carry Hepatitis B, but so far, no cases have been reported.

The gross-out factor and crazy-making itching aside, the most serious health hazard seems to be the possibility of getting infected from the bites, or having a serious allergic reaction to them. In other words, you probably won’t die from the bites, but if you have bedbugs, you might wish you had died.

Think you’re immune because you keep a clean home and live in a good neighborhood? Not so, according to the experts and exterminators. Bedbugs can get in through your luggage if it’s been anywhere near an infestation, by attaching to your pets, by getting on your clothing or on used furniture that you buy. They’ve been found in upscale hotels, in airplanes, in moving vans, in dorm rooms. And while they do prefer the warm folds and creases of mattresses, where they may hide in seams, they also can live in couches, lampshades, computer keyboards, behind outlet boxes–even in between the pages of books.

You can bet the pesticide gurus are rubbing their hands together in glee as a whole new branch of business opens up. The current pesticide of choice for domestic infestations is pyrethroid — a synthetic derived from chrysanthemum flowers — which, unfortunately, has started to not work against bedbugs. Greg Baumann, a scientist at the National Pest Management Association says, “Over the years, the EPA has pulled many of the most potent chemicals [like DDT] off the shelves because of environmental concerns. Pest managers can still kill the bugs, but the public needs to be patient.”

But the industry may not be so patient. Dini Miller suggests that the EPA might approve some pesticides for emergency use since the pesticide approval process takes too long. At the same time (thank goodness), the pesticide industry may seek federal funding to develop alternative solutions like steaming or freezing the bugs.

If you have the misfortune to develop a bedbug infestation, you don’t need to rush out for toxic chemicals right away. The first step would be to wash and vacuum everything — rugs, clothes, lampshades, walls, and so on. Use the hottest water possible. If you can afford to throw your mattress out, do it. Some experts insist that disposing of infested items offers the only hope to rid yourself of the pests. If you can’t afford to toss your mattress, enclose it in a sealed bedbug cover — and don’t take it off. Bedbugs can remain dormant for over a year. You can try sticky traps, dishes filled with petroleum jelly beneath bed legs (bed bugs can’t move in petroleum jelly), spraying rubbing alcohol on the bugs, or spraying a Neem oil mixture on bug-infested surfaces. And some people swear by the electronic bug zappers like the Pest Repeller; but keep in mind, just as many swear at them.

Herbal Remedies and Their UsesImmunityPyrethroid 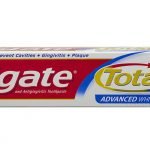