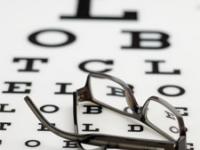 In humans, zeaxanthin has been shown to inhibit the growth of various types of cancer cells such as those affecting the lungs, stomach, cervix, breast, bladder, and mouth.

Zeaxanthin is a carotenoid found in the retina of the human eye. As you might assume, its primary health benefits are directly related to the eyes and may help significantly with the prevention of macular degeneration. Its main function, however, is to filter out near-to-UV sunlight to help protect your eyes from potentially damaging sunrays.

Tweet: Did you know the body does not naturally produce zeaxanthin? via @BaselineHealth

As just mentioned, zeaxanthin is thought to play a major role in the prevention of macular degeneration. This condition can cause blurred vision and possible blindness as a person ages. In a Scandinavian medical report published in the Scandinavian medical journal “Acta Opthalmological Scandinavica,” studies found that patients with a low intake of zeaxanthin were twice as likely to suffer macular degeneration than those who ate a diet high in zeaxanthin.

Zeaxanthin’s antioxidant effect is significantly enhanced by the presence of lutein and bilberry. When combined with vitamin C, these three antioxidants have been shown to significantly decrease the risk of cataracts. One reason for this is that zeaxanthin, like it does in plants, helps protect both the retina and lens from oxidative damage caused by ultraviolet rays and blue-green light. It basically works as a natural sunscreen for the eyes. To top it all off, negative zeaxanthin side effects are practically nil.

But zeaxanthin does more than just protect the eyes.

Zeaxanthin as a Cancer Inhibitor

Five of the major carotenoids are: beta carotene, alpha carotene, lycopene, lutein, and zeaxanthin. As a group, carotenoids are phytonutrients that protect plants from damage caused by UV radiation and other environmental factors. In humans, they have also been shown to inhibit the proliferation of various types of cancer cells such as those affecting the lungs, stomach, cervix, breast, bladder, skin, and mouth.

Tweet: Some studies show that zeaxanthin may actually inhibit the growth of certain types of cancer. via @BaselineHealth

If preserving your eyesight and protecting yourself from cancer wasn’t enough of a benefit for this carotenoid, there is also evidence that they may offer protection to the skin against age-related issues such as hydration, elasticity, and lipid oxidation (leads to skin aging).

These are a few of the reasons you’ll find zeaxanthin in two of Jon Barron’s most popular supplements: Ultimate Antioxidant and Private Reserve Superfood.

How to Take Zeaxanthin

The best part about zeaxanthin is that if you’re eating the recommended allowances of fruits and vegetables daily (2 cups of fruit and 2 1/2 cups of vegetables), you’re probably already consuming a good portion of this carotenoid. This is especially true if your diet consists of the consumption of dark green and starchy vegetables such as corn and squash several times a week. Otherwise, you’ll want to add supplements that contain zeaxanthin to your daily regimen. 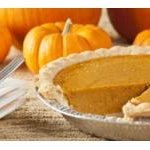