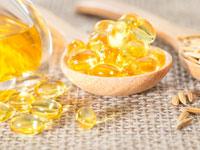 The Health Benefits of Tocotrienols

Just about everyone is familiar with Vitamin E, but what you may not realize is that the vitamin is actually composed of two classes of molecules – tocopherols and tocotrienols. And there are four molecules in each class—both tocopherols and tocotrienols have alpha, beta, gamma, and delta molecules. In other words, natural vitamin E is a complex comprised of eight different molecules. Studies abound on the tocopherols—mostly alpha tocopherol–but information on the health benefits associated with the four tocotrienols has been a little less forthcoming. In fact, studies into tocotrienols account for less than 1% of all research into vitamin E!

This is a shame since tocotrienols are a unique vitamin E fraction that is 40 times more powerful than standard vitamin E. Luckily, interest in tocotrienols has grown. Between the years 2009 and 2010 alone, nearly 30% of all peer-reviewed articles published on vitamin E were focused on tocotrienols. Once you take a look at the health benefits of this compound, you won’t be too surprised about this new interest.

In the past, most studies involving cancer and vitamin E were conducted with only alpha-tocopherol. Newer studies with tocotrienol supplementation have now shown some promising results. In fact, studies have shown positive results on the following types of cancers: pancreatic, breast, hepatic, prostate, and skin.

It seems there are several factors that contribute to tocotrienols’ ability to limit development and growth of tumors. Studies have shown that tocotrienols maybe be able to…

Our bodies create 80% of our total needed daily cholesterol. We make up the difference with our diets. However, much of the common daily diet is high in cholesterol. And according to the cholesterol theory of heart disease, his causes fatty deposits to clog up the arteries and decreases blood flow to key areas such as the brain, heart, and kidneys. Research has shown that tocotrienols may play a role in helping decrease cholesterol creation by inhibiting the enzyme HMG-CoA reductase. This particular enzyme helps the liver with cholesterol synthesis.

In addition to the above, tocotrienols can also:

With all of these health benefits, you may not be too surprised to find it as an ingredient, in the form of stabilized rice bran, rice bran solubles, or extracted from palm fruit, in three of Jon Barron’s formulas including Private Reserve Superfood, Accelerator Meal Replacement shake, and in his Ultimate Antioxidant.