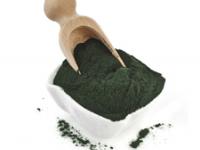 One of the Greatest Superfoods

Spirulina is one of the great super foods. Spirulina health benefits include dietary protein, B-vitamins, iron, cleansing, protection from radiation, and more.

It’s seems like there’s a plethora of natural foods and herbs that are touted as superfoods, but none may be quite as deserving as spirulina. In fact, spirulina is often deemed the most nutritionally complete of all food supplements. If you take a closer look at what it contains, you’ll find out why…

TWEET #DIDYOUKNOW Spirulina contains 18 out of 22 amino acids, including ALL of the essential amino acids! @BaselineHealth

Spirulina as a Natural Protein Source

In its natural state, it is approximately 65 to 71 percent complete protein and contains 18 out of 22 amino acids, including all of the essential amino acids, making it a great vegetarian source of complete protein. This is higher than virtually any other unprocessed food. (Note: whey protein, for example, has to be extracted and concentrated from dairy to reach higher levels.) And unlike most other forms of protein, the protein in spirulina is 85- 95% digestible; again, one of the highest levels available. And finally, since spirulina has no cellulose in its cell walls, it is extremely easy for the body to break down. In fact, its amino acids are delivered to the body for almost instant absorption.

Spirulina as a Superfood

In addition, spirulina is an excellent source of B vitamins, vitamin E, highly bioavailable iron, and 14 naturally chelated minerals and numerous trace elements. When you consider the nutritional powerhouse spirulina really is, you won’t be surprised to find it listed as an ingredient in Jon Barron’s Private Reserve Superfood.

So, what is this nutritionally dense superfood? Although often referred to as blue-green algae, spirulina is actually a cyanobacteria. While it does behave like a plant or algae (it contains chlorophyll and uses the sun as an energy source, cyanobacteria does not have a membrane-bound nucleus. It can be found in many freshwater environments, including ponds, lakes, and rivers. However, most of the spirulina consumed in the United States is grown in controlled ponds and tanks using filtered water due to the risk of contaminants in the wild. In fact, this “algae” is so popular that commercial production of spirulina is estimated to reach 220,000 tons by the year 2020.

Spirulina benefits include a number of things: it is a source of dietary protein, B-vitamins, iron, cleansing, not to mention protection from radiation. Spirulina has also been used for weight loss, attention deficit-hyperactivity disorder (ADHD), hay fever, diabetes, stress, fatigue, anxiety, depression, premenstrual syndrome (PMS), and other women’s health issues.

Is there anything it can’t help with?

Since it is extremely high in chlorophyll, it can help remove toxins from the blood and boost the immune system. It is also high in calcium, with over 26 times the calcium in milk.

Early research findings have shown that taking one gram of spirulina (Spirulina fusiformis) daily by mouth for 12 months reduces oral leukoplakia in people who chew tobacco.

Based on a 2008 study, it also holds some promise in the treatment of nasal allergies. Patients in the study found improvement with nasal discharge, sneezing, congestion, and itching with spirulina consumption.

Spirulina for Reduced Risk of Diabetes

Spirulina’s health benefits were also the focus in a 2008 study on type 2 diabetes. Those who completed the 12 weeks of spirulina supplementation experienced a significant reduction in blood-fat levels. Some of the other benefits included a decrease in inflammation and a decrease in blood pressure and cholesterol.

In addition, you may want to consider it as part of your exercise regimen as well. A study published in Medicine and Science in Sports and Exercise found that spirulina supplementation may help you burn more fat during exercise.

Spirulina for Reduced Effects of Radiation

If that’s not enough, doctors even used spirulina to aid the child victims of Chernobyl radiation. Its use reduced urine radioactivity levels by 50% in only 20 days. In fact, a 1999 study found that spirulina “is an effective natural adsorbent of long-life radionuclides cesium-137, strontium-90, and potassium-40 and can lead to a reduction of radioactive contamination in children ages 10 to 16 years of age.”

How to Take Spirulina

Perhaps the only downside to this superfood is its taste. The taste of the powder form is unpleasant to some, and is often incorporated in ways to disguise the taste. For instance, it is often added to smoothies or juice blends. However, you can also find it in tablet or capsule form. It is often recommended as a daily supplement, with increased dosages during illnesses. If you have Phenylketonuria or are on any type of anticoagulation medicine, you should consult a doctor before taking spirulina. Also, since spirulina can strengthen your immune system, it may decrease the effectiveness of medications that deliberately decrease the immune system.

Find more information on how much spirulina Jon Barron uses in his superfood shake formula.