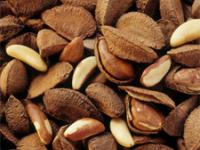 Selenium is an important trace mineral that helps your body make selenoproteins, a group of some 30 antioxidant enzymes (including four variants of glutathione peroxidase). The benefits of these selenium-based antioxidants is that they help prevent cellular damage from free radicals. They also help regulate thyroid function and play an important role in a healthy immune system.

TWEET Studies show that selenium may be 50-100x more powerful than any other anti-carcinogen known! @BaselineHealth

Low levels of selenium have been connected to death from heart disease, breast cancer, prostate cancer, colon cancer, and, in fact, cancer of all kinds. Some studies have shown that selenium may be 50-100 times more powerful than any other anti-carcinogen known. Selenium deficiency may also contribute to hypothyroidism and rheumatoid arthritis. Selenium as an antioxidant helps relieve the symptoms of arthritis by controlling the levels of free radicals that can harm healthy tissue. In fact, some animal studies show that selenium can even extend survival in people, including those with typically life-threatening diseases such as cancer.

As mentioned earlier, selenium is a component of the glutathione peroxidases, which are primarily responsible for reducing peroxide free radicals that include lipid peroxide formation in cell membranes. Reduction of peroxides breaks the auto-oxidative chain reaction that damages cell membranes. Selenium is synergistic with glutathione and catalase in helping to protect the integrity of cell membranes. As such, selenium uses include stopping the growth of tumors, and protecting the liver.

Other reported health benefits for selenium include:

Where Is It Found?

Plant foods are the major dietary selenium sources in most countries throughout the world. The content of selenium in food depends on the selenium content of the soil where plants are grown or animals are raised. Selenium also can be found in some meats and seafood. Animals that eat grains or plants that were grown in selenium-rich soil have higher levels of selenium in their muscle.

Food sources provide selenium in either an inorganic form (selenite or selenate) or in an organic form where it displaces sulfur in methionine or cysteine. Compared to the inorganic form, the organic, readily useable, selenium sources, especially methylselenocysteine, are able to virtually double selenium levels with no concerns about toxicity and improve absorbability at the same time.

Plants grow just fine without selenium in the soil. However, this means that no matter how naturally something is grown, and no matter how natural it is when you eat it, if there was no selenium in the soil when it was grown, it will be selenium deficient. The bottom line is that selenium is hardly constant in food — appearing only in foods grown in selenium rich soils. Brazil nuts can contain anywhere from 0 to 550 micrograms per ounce. That’s anywhere from 0 to 2/3 of the DV for selenium per ounce, depending on the soil the nuts are grown in.

The good news is that your body only requires a small amount of selenium to maintain good health, which is one of the reasons you’ll often find it in supplements such as Jon Barron’s Ultimate Antioxidant formula. (Note: several years ago, Jon Barron reduced the amount of selenium in his Ultimate Antioxidant formula to allow for the fact that so many other manufacturers had begun adding it to everything from vitamin pills to cold cereals and food bars.)