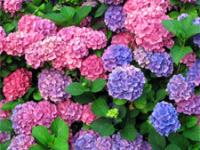 The roots and rhizomes of this shrub contain numerous phytochemicals and nutrients that are used to maintain urinary tract health and kidney detox.

Like many plants and herbs, the hydrangea is more than just a beautiful flowering plant. The roots and rhizomes of this shrub contain numerous phytochemicals and nutrients such as calcium, selenium, zinc, and magnesium that are used for medicinal purposes.

Hydrangea Root as a Natural Diuretic

The most common use for hydrangea root is to assist the kidneys and bladder due to its effective diuretic property which helps increase the flow of urine. This removes impurities from the system and lessens the likelihood of infection along the entire urinary tract, which includes the kidneys, bladder, prostate (in men) and urethra.

Hydrangea, like chanca piedra, is also considered an antilithic herb, which prevents stones or gravel from forming in the kidneys and bladder. As an antilithic herb, it can also assist the body in removing stones and gravel from these organs once they’ve formed. This was a primary use of hydrangea by Native Americans — a sort of kidney detox. The findings of Japanese researchers amplify observations of nineteenth-century American physicians who used hydrangea primarily as a treatment for “kidney gravel,” small stones in the kidneys that could be passed with a minimum of pain after treatment with the herb. For these reasons, you’ll find it as an ingredient in Jon Barron’s KGP Flush formula, designed to naturally optimize the kidney, gallbladder, and pancreas.

Like most diuretic herbs, hydrangea root or root tea is an excellent choice for treating an inflamed or enlarged prostate and is commonly combined with horsetail for this purpose. Maintaining healthy urine flow keeps the prostate less likely to constrict around the urethra, which prevents stagnant urine from causing more infection. This can also reduce inflammation by eliminating impurities from the prostate.

Hydrangea Root as an Antioxidant

A scientific study published in Bioscience, Biotechnology, and Biochemistry in 2003 noted that hydrangea root extracts have greater antioxidant power in liver tissue than milk thistle and turmeric combined. And nineteenth-century physicians used hydrangea as a treatment for chronic chest pain caused by bronchitis.

More recently, hydrangea has been studied to determine its benefit with autoimmune disorders such as rheumatoid arthritis, multiple sclerosis, inflammatory bowel disease, type 1 diabetes, eczema, and psoriasis. These disorders occur when harmful variants of T-helper 17 T-cells are created by the body. A study published in the June 2009 issue of the journal Science showed that halofuginone (a molecule extracted from the hydrangea) reduced disease symptoms in mice bred with autoimmune disorders. This study showed that halofuginone may be able to selectively stop production of the harmful Th17 T-cells without harming beneficial T-cells.

How to Take Hydrangea Root

Hydrangea root is usually found in herbal combinations and tinctures, especially those addressing cleansing or elimination. The bark is used externally to help relieve wounds, burns, sore muscles and sprains.  However, it should be noted that the leaves of this plant contain toxic substances and should never be consumed.

Next time you see the big, expansive flowers of the hydrangea, let it serve as a quiet reminder of the help mother nature has given us to treat and prevent some of our more common ailments! 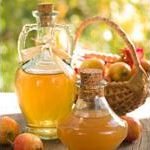 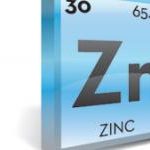 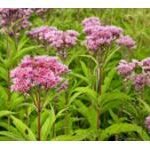