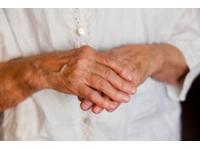 Cetyl Myristoleate is a chemical that relieves arthritis pain and symptoms. Read to learn what foods Cetyl-M can be found in and more.

Cetyl myristoleate (CMO) is the common name for cis-9-cetyl myristoleate, a relative of the Omega-9 fatty acid found in olive oil. It is a completely natural medium chain fatty acid found in certain animals, including cows, whales, beavers, and mice — but not in people. It has multiple biological properties, including as an anti-inflammatory and a pain reliever, as well as being an immune system modulator.

CMO was discovered in 1972 by Harry W. Diehl, Ph.D., a researcher at the National Institutes of Health. At the time, Dr. Diehl was responsible for testing anti-inflammatory drugs on lab animals. In order for him to test the drugs, he first had to artificially induce arthritis in the animals by injecting a heat-killed bacterium called Freund’s adjuvant health supplement. Dr. Diehl discovered that Swiss albino mice did not get arthritis after injection of Freund’s adjuvant health supplement.

Eventually, he was able to determine that cetyl myristoleate was the factor present naturally in mice that was responsible for this protection. When CMO was injected into various strains of rats, it offered the same protection against arthritis.  In fact, there have been three notable studies on humans.

The first double-blind study was conducted in 1997 under the auspices of the Joint European Hospital Studies Program. Of the 106 people who received cetyl myristoleate, 63% showed improvement VS just 15% for the 226 people in the placebo group.

In 2001, a study of 1814 arthritis patients found that over 87% of the subjects in the study had greater than 50% arthritis pain relief and recovery and over 65% of those showed from 75% – 100% recovery following a sixteen-day regimen. All types of arthritis were positively affected by CMO. Only those subjects with liver damage or digestive problems or those taking immune suppressing medications were not helped.

In 2002, a double-blind study of 64 people with chronic knee pain, published in the Journal of Rheumatology, concluded that CMO provided a significant functional improvement in range of motion VS placebo. In fact, the study concluded that CMO “may be an alternative to the use of nonsteroidal anti-inflammatory drugs for the treatment of osteoarthritis.”

Cetyl-M is great for arthritis pain relief and is available in capsules, tablets, lotions and creams. For a natural food alternative, nuts containing palmitic acid, such as the nuts from palm and coconut trees, may be a good choice. However, in order to get the most out of CMO, it is best to avoid foods or substances that may interfere with its absorption such as caffeine, chocolate, alcohol, and nicotine.

For more information on chronic joint pain and inflammation, check out Jon Barron’s article called “A Five-Pronged Approach to Chronic Joint Pain and Inflammation.” and read more of our anti-aging articles. 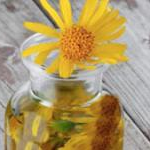