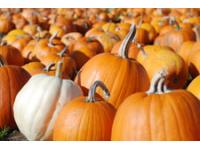 Alpha-Carotene For Men and Women

So, why does it matter which foods are high in alpha-carotene? Besides the obvious antioxidant reasons to have a diet rich with alpha-carotene, research published in the Archives of Internal Medicine indicates that people who eat lots of dark green and orange vegetables outlive their peers by a huge margin. In fact, the study, which involved more than 15,000 adults over a 14-year period, found that those with the highest levels of the antioxidant alpha-carotene in their blood had a 39 percent lower risk of death from ANY cause compared to those with the lowest levels. Those with midrange levels still had a 27 percent advantage over the lowest level subjects.

How did the long-lived subjects in the study achieve their high levels of alpha-carotene? Most probably, like Popeye, ate their spinach — along with carrots, sweet potatoes, pumpkin, winter squash, broccoli, green beans, green peas, turnip greens, collards, and leaf lettuce.

The researchers found that people who consumed lots of alpha-carotene-rich vegetables fared better than those who ate other types of vegetables when it came to lung-cancer prevention in particular. As they wrote, “Results from a population-based case-control study of the association between the consumption of fruits and vegetables and risk of lung cancer suggest that consumption of yellow-orange (carrots, sweet potatoes or pumpkin and winter squash) and dark-green (broccoli, green beans, green peas, spinach, turnip greens, collards and leaf lettuce) vegetables, which have a high alpha-carotene content, was more strongly associated with a decreased risk of lung cancer than was consumption of all other types of vegetables.”

In addition, recent studies have shown that alpha carotene is one of the most powerful carotenoids and has a strong inhibitory effect on the proliferation of various types of damaging cells such as those affecting the lungs, stomach, cervix, breast, bladder, and mouth. It works by allowing normal cells to send growth-regulating signals to premalignant cells.

How To Absorb Alpha-Carotene

Before you go on the pumpkin soup diet for natural weight loss or a major antioxidant boost, there are a few things you should consider. First, alpha-carotene is fat-soluble. This means that your body can’t absorb it unless you consume it with fat. Bizarre as it seems, you’ll get more of the alpha-carotene effect eating pumpkin pie than you will get sipping the soup (unless you add some fat). But keep in mind that the pie contains ingredients such as sugar that more than counterbalance the antioxidant boost. In any event, a little bit of healthy fat from a source like nuts or olive oil along with your vegetables will help the alpha-carotene metabolize.

Incidentally, it’s important to remember this fact if you choose to get your alpha-carotene from supplements, such as Jon Barron’s Ultimate Antioxidant formula, you need to take them with meals. It also should be noted that if you take a carotene supplement, it has to be naturally sourced. Alpha carotene is usually found as part of a natural beta carotene complex, but is never found in synthetic isolates. And if you want to get your alpha-carotene from vegetables, lightly steaming them before ingestion seems to enhance the body’s ability to absorb the antioxidant content. 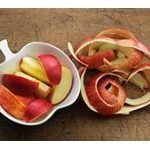