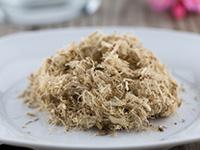 Slippery elm bark has been used as an herbal medicinal remedy in North America for hundreds of years. It works with the body to draw out impurities and toxins, assisting with the healing of all body parts. Historically, Native Americans used the herb topically for skin issues and internally for a variety of ailments. In fact, it was used to treat wounds on soldiers during the American Revolution.

TWEET #didyouknow Slippery elm bark has been used an herbal remedy in North America for 100s of years. @BaselineHealth

Slippery elm bark also contains antioxidants that help relieve inflammatory bowel conditions. This makes the bark an excellent herbal treatment for a variety of digestive conditions including Gastroesophageal Reflux Disease (GERD), Crohn’s Disease, ulcerative colitis, diarrhea, diverticulitis, and Irritable Bowel Syndrome (IBS). It is also believed that slippery elm bark may cause extra mucus production in the gastrointestinal tract, in which case it may also help protect your intestinal tract from ulcers. It is for these reasons you’ll find it as an ingredient in Jon Barron’s all natural Colon Regenerator formula.

The key component of the bark is a substance called mucilage. When mixed with water, this substance becomes like a slick gel. This gel-like texture works to coat and soothe the mouth, throat, stomach, and intestines. The gel-like coating of slippery elm bark makes it helpful for various throat issues such as sore throats, bronchitis, colds, and other upper respiratory problems, which is why you’ll sometimes find it used in throat lozenges.

The herb has topical health benefits as well. Native Americans used the bark to create topical treatments to help heal wounds, burns, psoriasis and other skin irritations. One study even found that slippery elm bark reduces the severity of symptoms of psoriasis.

Other health benefits of slippery elm bark have been researched, including:

How to Take Slippery Elm Bark

Native to North America, slippery elm bark can typically be found in a variety of forms, from tea to capsules, tablets, lozenges and even extracts.