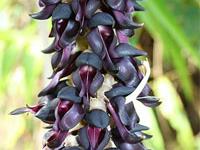 Kapikachhu (Mucuna pruriens) is a tropical legume also known as velvet bean, cowitch and cowhage. It is a constituent of more than 200 indigenous drug formulations, and is heralded as an aphrodisiac in Ayurvedic medicine.

Mucuna pruriens is a tropical legume also known as Kapikachhu, velvet bean, cowitch, and cowhage. It is a constituent of more than 200 indigenous herbal formulations.  It has been used since ancient times in Ayurvedic medicine, most commonly as a Parkinson’s disease treatment and for overall brain health.

Within every herbal remedy lies active ingredients that help contribute to its medicinal value. In Mucuna pruriens, the primary compound is known as levodopa, or L-dopa, a precursor to dopamine, adrenaline, and noradrenaline. Dopamine is often associated with pleasure, yet it plays a critical role in muscle control. It is responsible for many functions including movement, memory, pleasurable reward, behavior and cognition, attention, sleep, mood, and learning. Examples of abnormal levels of dopamine production can be seen in Parkinson’s disease and drug addiction.

Mucuna pruriens offers a natural way to replenish your supply of L-dopa, and as a result helps promote brain health. In addition to brain health, this herb may also help with stress relief. One study of 120 men on psychological stress showed that supplementation with Mucuna pruriens significantly eased stress within the subjects.

You can find Mucuna pruriens in many herbal formulas (including Jon Barron’s Women’s Formula) as well as in powder, tablet, or capsule form.

Get more information on hormone balancing.